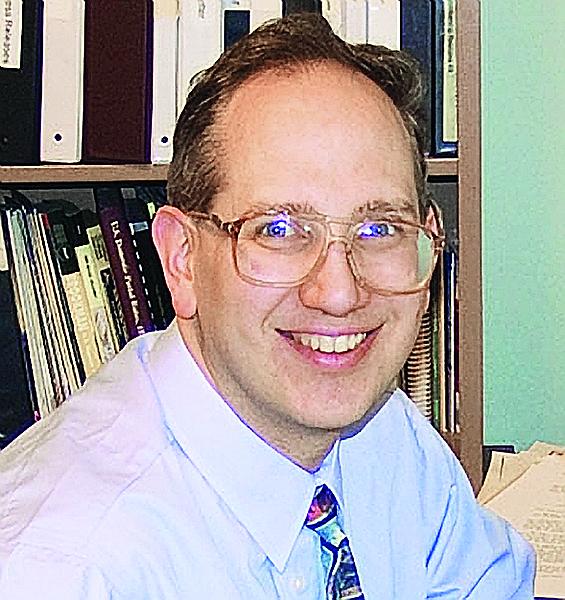 Current American Philatelic Society Executive Director Ken Martin has been offered the position of APS chief operating officer as the society’s board of directors begins a search for a new executive director.

The American Philatelic Society’s board of directors voted unanimously in late January to replace Ken Martin as the society’s executive director.

The announcement was made by APS president Stephen Reinhard Jan. 21 in a letter to members posted on the APS website.

In his statement, Reinhard praised Martin’s addressing of administrative matters, “including the development and leasing of newly renovated space in the Match Factory and keeping the APS within budget.”

The Match Factory is a descriptive term for APS headquarters in Bellefonte, Pa., which is within a complex constructed in 1899 under the direction of the Pennsylvania Match Factory.

Reinhard, however, also cited a continued annual net loss of around 1,000 APS members.

“During this time, the Society moved too slowly in developing membership services innovations and in responses to numerous other challenges that it has faced. Clearly, continuing down this path is unsustainable and inaction would be irresponsible for an elected Board charged with guiding the organization into the future.”

The decision to replace the executive director was made following the recommendation of the society’s Secure the Future Committee, Reinhard said. The committee is chaired by Haimann and consists of Reinhard, Kouri, Zais, Saadi, Alfredo Frohlich, John Hotchner, Sergio Lugo and Wayne Youngblood.

The committee is tasked to study and make recommendations to the board on the current state of the society and its future needs, increasing revenue (including gift income), growing the membership, new and improved membership services, and outreach opportunities, according to the APS.

Reinhard told Linn’s Stamp News that the proposal from the committee was sent to the board in late November or very early December, and that the board unanimously approved the committee’s recommendations Dec. 12.

That effort required membership approval of a proposed change to the society’s bylaws. That measure was defeated by members voting in the 2013 APS elections, with 2,995 votes against the change and 1,568 in favor. A two-thirds majority in favor of the changes would have been required for the measure to pass.

Recent online comments from collectors suggest that the board’s new action effectively circumvents the membership vote against the bylaws resolution.

In his response to Linn’s, Reinhard addressed these concerns:

“I have no way of knowing why the bylaw changes were defeated. Most of the people who I have spoken with have indicated that it was process rather than substance. The changes were dropped on the membership, and members were asked to vote without time for any real discussion of the changes. Some voted against the changes because they did not seem to like the term ‘CEO.’ What they didn’t understand was that this term was already in the bylaws, which stated that the ED was also the CEO. The changes included the ability to separate the two and hire different people for ED and CEO, making the CEO the staff leader.

“The Secure the Future Committee never considered the defeat of the bylaws in coming to the conclusion that we needed new leadership to take us into that future. We needed a leader with a new vision, one of how to grow the Society, increase membership, network with other organizations within and outside of the hobby, improve our current member services, find new services, address the electronic age, etc.

“The way chosen to accomplish this was to replace the current ED with one having the training and proven ability to do these things, indeed, to grow a society that was shrinking.

“The Committee recommended that a new position be created, which we chose to call ‘Chief Operating Officer,’ to work with the new ED, and recommended to the Board that Ken Martin be offered this position. Note that the Board has the ability to create new job titles. No individual title, other than that of ED, is even mentioned in the bylaws.”

Asked about the cost of funding a new full-time top level executive for the society, Reinhard said: “Relative to financing this additional salary, an organization only has a certain amount of money that it can spend. The officers and Board must decide how best to spend it. This Board has decided that this is crucial to the future health of the Society, and will spend part of our available funds on this.

“I think that the question should not be ‘Can we afford to do it?’ but ‘Can we afford not to do it?’ Additionally, we are counting on the new and improved programs, outreach opportunities, membership growth, etc., that will come over time by having visionary leadership, to significantly increase revenue. We have no plans for additional external borrowing.”

In a Jan. 22 interview with host Nancy Clark on the APS Stamp Talk online radio program, Reinhard described his expectation that the new executive director and the chief operating officer (Martin) will work together as an executive team.

Martin began his full-time employment with the APS in 1995, initially working in the circuit sales department and as youth coordinator. He was named acting show director the following year, and became a familiar face to members and show visitors at many of the society’s national stamp shows and exhibitions.

Martin was named as the society’s sixth executive director in April 2010, in an announcement by then-president Saadi.

This past week, following the recommendation to the APS Board

1 by a unanimous Secure The Future Committee2

I would like to take this opportunity to explain the process leading to this important decision by the APS Board. Following the economic turbulence of the 2008-2009 period, the APS was in dire financial straits. The fiscal situation of the APS was the result of shrinking revenues while costs in many areas stayed the same or were increasing. The APS has been for many years, and continues to be, slow to react to changing conditions in the stamp collecting hobby at-large. The economic downturn in the U.S. economy simply added to this already stressed situation.

The APS Board at that time implemented a strategic planning process, which resulted in the APS Long Range Planning Committee recommendations. (These may be viewed on the APS website where they have been posted from the outset.)

Additionally, the APS Board began work to bring the APS’s fiscal situation back into order. Ken Martin assumed the role of APS Executive Director in 2009. Since the implementation of the new budgeting restraint and guidance, the APS is now in much stronger financial health than five years ago. Over this period of time, Ken has successfully addressed numerous administrative matters including the development and leasing of newly renovated space in the Match Factory and keeping the APS within budget.

Unfortunately, during this same five year period, there has been a continued annual net loss of around 1,000 members. During this time, the Society moved too slowly in developing membership services innovations and in responses to numerous other challenges that it has faced. Clearly, continuing down this path is unsustainable and inaction would be irresponsible for an elected Board charged with guiding the organization into the future.

In August 2013, I appointed nine dedicated members with diverse backgrounds and experience in and outside of the stamp collecting world to study the current state of the APS and to develop a comprehensive plan to secure the future of the APS. Following two months of study, including six meetings and numerous hours of work in-between meetings, this committee unanimously agreed and recommended to the APS Board that in order for the APS to move forward successfully, the Society needs a new Executive Director. This new Executive Director must have a different skill set and level of experience than presently exists in the ranks of our current professional staff.

In order to go after the numerous opportunities for membership growth, new service development and organizational partnerships, the APS needs to be more agile and responsive to the challenges that we will face in order to build a foundation for our great society to grow and prosper.

One of the APS’s greatest strengths is our professional staff. Our dues and other revenues make it possible for us to have a professional staff that manages the operations and delivers the services that benefit APS members. The tremendous resource of our professional staff is an engine that can power the APS to success. In order for the APS to be strong and growing we need an experienced leader in our professional staff with a proven record of success in the non-profit world capable of developing a vision for a broad range of strategic objectives, able to guide their planning and implementation and with the capacity to develop external partnerships.

Over the next few months while the search process for a new Executive Director is underway, the APS Board will continue its work with the assistance of the Secure The Future Committee to develop plans in numerous areas of potential opportunity to help our new Executive Director set a successful course for the APS. This course will seek to insure improved APS services, membership growth and innovative contributions to our great hobby for decades to come.

I want to thank Ken Martin for his many years of dedicated service to the APS. It is my hope that an executive team headed up by the new Executive Director and Ken, working together, can take us into the future, preserving The Nation’s Stamp Club for generations to come.