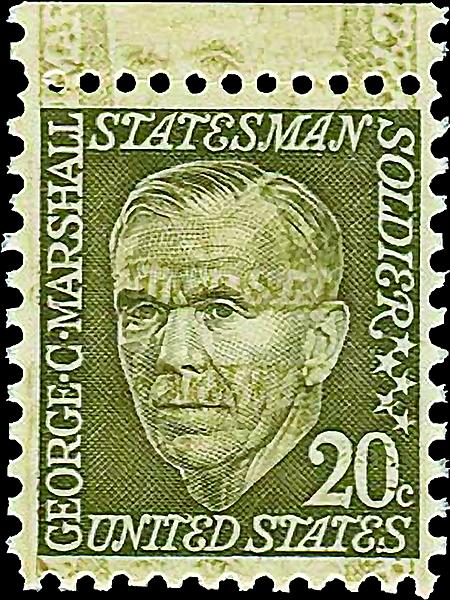 A single example of a newly-discovered double impression of the 1967 20¢ George C. Marshall stamp was sold by Regency Superior for $595. 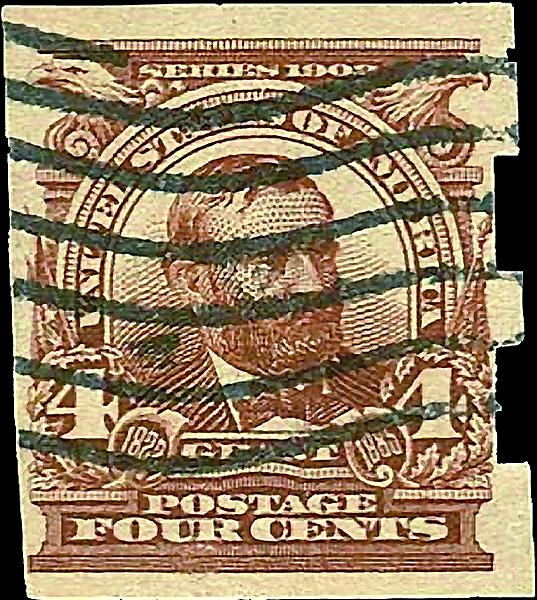 The Regency-Superior auction March 22-23 at the St. Louis Stamp Expo included this 1908 4¢ Grant stamp with experimental Schermack perforations, which sold for $27,370.

Regency-Superior held a sale of United States stamps at the St. Louis Stamp Expo on March 22-23. A preview of the auction appeared in Linn’s March 10 issue.

Among the top items was a used example of the 1908 4¢ Grant imperforate stamp (Scott 314A) with experimental rectangular perforating holes at right applied by the Schermack company, a maker of stamp vending and affixing equipment. It sold for $27,370 (all Regency-Superior results include 19 percent buyer’s premium).

The unique horizontal pair of the 1938 6¢ Eagle airmail stamp, imperforate between (Scott C23b) did not find a buyer.