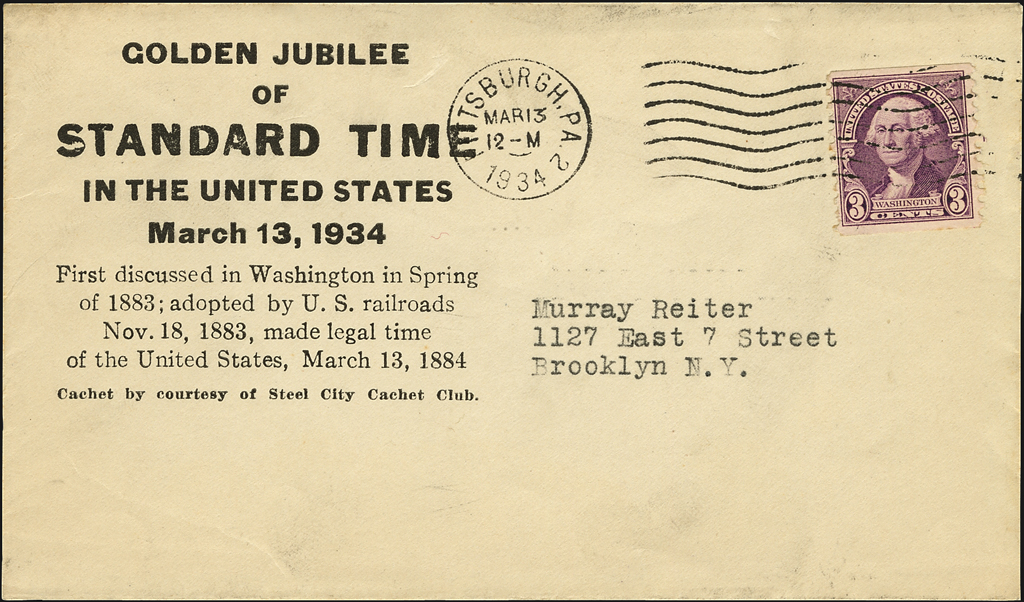 Is there anything in human history that has not been commemorated on covers? A brief history of standard time in the United States is provided on this 1934 cover.

Just about anything in human history can be found commemorated on covers, and today’s evidence is the golden jubilee of standard time in the United States, on March 13, 1934.

Even earlier, in 1869, Charles F. Dowd, a school principal in Sarasota Springs, N.Y., had proposed four time zones for North American railroads, based on the meridian through Washington, D.C.

However, there is agreement that Nov. 18, 1883, is the date that U.S. and Canadian railroads adjusted their clocks to reflect a new five-zone system.

Standard time as a nationwide system was not enacted into U.S. law until the 1918 Standard Time Act established standard time in time zones across the United States.

Not a lot of detail can be fitted into the space of a cachet, so covers such as this one serve as a jumping off point for those interested in pursuing the history. But without this cover to prompt me, I likely would not have added all this easily forgettable knowledge to my storehouse.