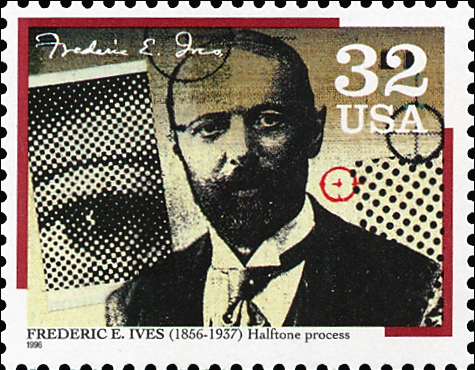 Many of the postage stamps that collectors admire today were printed in part using a process developed by Frederic Eugene Ives, who was born Feb. 17, 1856, in Litchfield, Conn.

Ives came from a farming family but as a boy he began working for a newspaper printer and developed an interest in photography, heading the Cornell University photography laboratory before he reached age 20.

Although he was a prolific inventor, Ives is known for developing the half-tone process of screened dots for photographic reproduction, a process still commonly used on many printing projects, including stamps.

The Library of Congress adds, "He invented the first simple method of photographic development, was one of the first to produce relatively permanent color photographs, and is credited with the invention of the short-tube optical microscope."