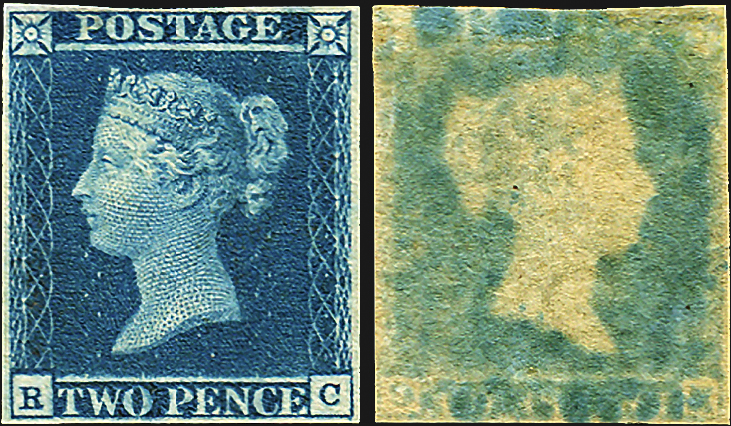 This Great Britain 1841 Queen Victoria Two-Penny Blue stamp with the dramatic “Ivory Head” image on the reverse (Scott 4e) will be auctioned by Regency-Superior in March. 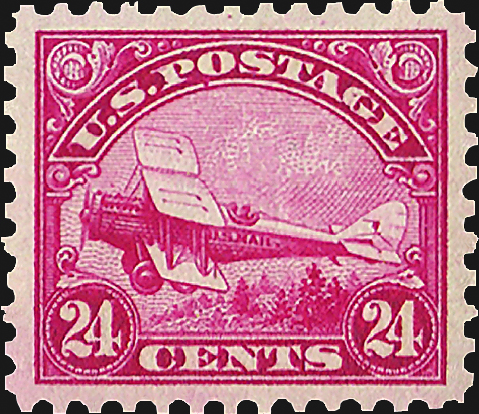 This mint never-hinged U.S. 24¢ airmail stamp from 1923 is graded 100 by Professional Stamp Experts, and will be offered in the Regency-Superior sale. 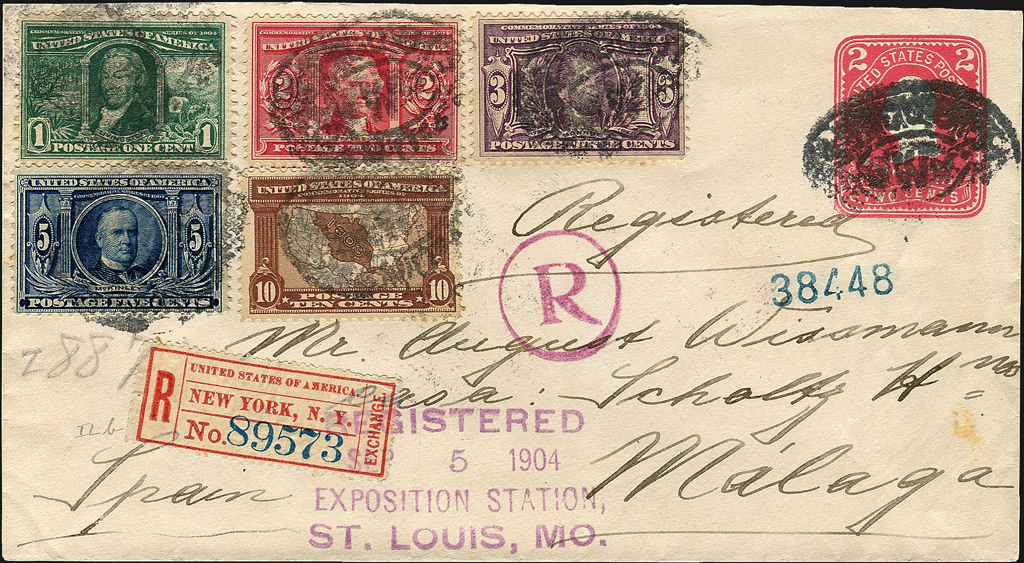 A full set of Louisiana Purchase Exposition commemoratives franks a 1904 registered cover mailed internationally from the fair to Spain. The cover is among the many items that will be auctioned by Regency-Superior during the upcoming St. Louis Stamp Ex

The upcoming St. Louis Stamp Expo will present a two-day auction of stamps, covers and collections by Regency-Superior.

The auction, and the stamp show, will take place at the Renaissance St. Louis Airport Hotel, 9801 Natural Bridge Road, in St. Louis, Mo. The show will run March 27-29.

The auction will begin Saturday, March 28, and conclude the following day. It offers more than 3,300 lots of United States, British and worldwide singles, covers, country collections and box lots.

The offerings in the first session include material from the estate of collector Elizabeth J. Nettles, a specialist in the postal history of St. Louis and the Louisiana Purchase exposition.

A 1904 registered cover mailed to Spain from the exposition is franked with a complete set of five Louisiana Purchase commemoratives on a 2¢ carmine Washington stamped envelope.

The envelope is struck with a clear four-line magenta “EXPOSITION STATION” registry marking near the bottom (one of only 30 known, according to Regency-Superior), and has a New York registry exchange label affixed. Regency-Superior adds that the reverse of the cover is struck with “Sept. 5 St. Louis registry, Sept. 7 New York Foreign Mails and Malaga receiving marks.”

This attractive cover is listed with an estimate of $600 and an opening bid of $300.

The errors, freaks and oddities section of the upcoming auction contains 100 lots of material, including a bottom margin pair of the 32¢ Richard Nixon commemorative with the engraved red inscription missing (Scott 2955a).

Also on offer is a horizontal pair of the 1938 6¢ Eagle airmail stamp that is imperforate vertically, with sheet margin at left, and the right stamp showing five diagonal perforations at lower right (Scott C23b).

The Sunday session begins with British and foreign singles, including an 1841 Queen Victoria Two-Penny Blue stamp showing the unusual and dramatic “Ivory Head” image on the reverse (Scott 4e).

The unused stamp has full original gum, lightly hinged, and is offered with a 1997 Brandon certificate.

A range of covers will be offered in the Sunday session, with U.S. and worldwide postal history, first-day covers, cover accumulations and more.

The auction also includes material from the collection of Jim Czyl, an expert in cinderellas and local posts who died last year.

Additional material from the Czyl and Nettles collections will be included in the Regency-Superior auction at the Washington, D.C.-area Napex stamp show June 5-7.

The St. Louis auction will conclude with collections and box lots, literature lots and more.

Viewing is available at the Regency-Superior auction gallery in St. Louis from Feb. 28 to March 24, and on the show floor at St. Louis Stamp Expo beginning March 27.