Beware of faded colors on stamps described as color-omitted errors 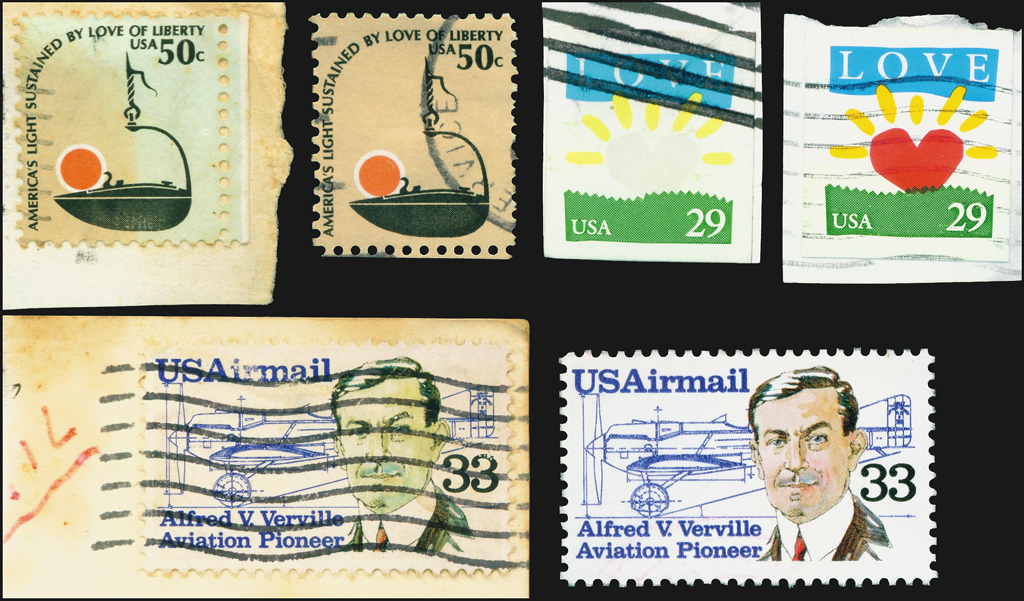 These three U.S. color changelings (shown with normal examples on the right) each have colors accidentally or purposely altered by agents such as chemicals or sunlight. 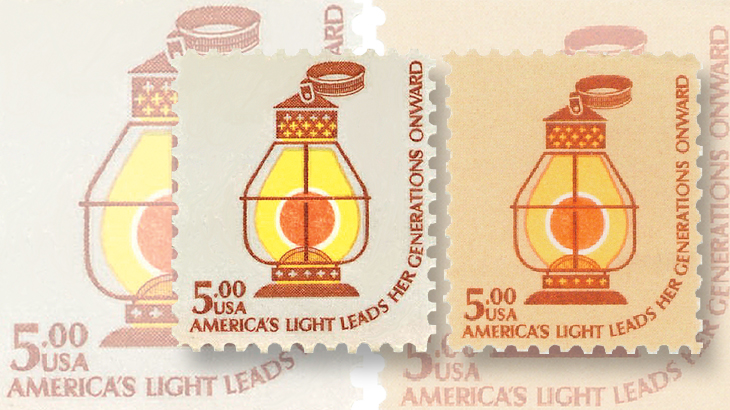 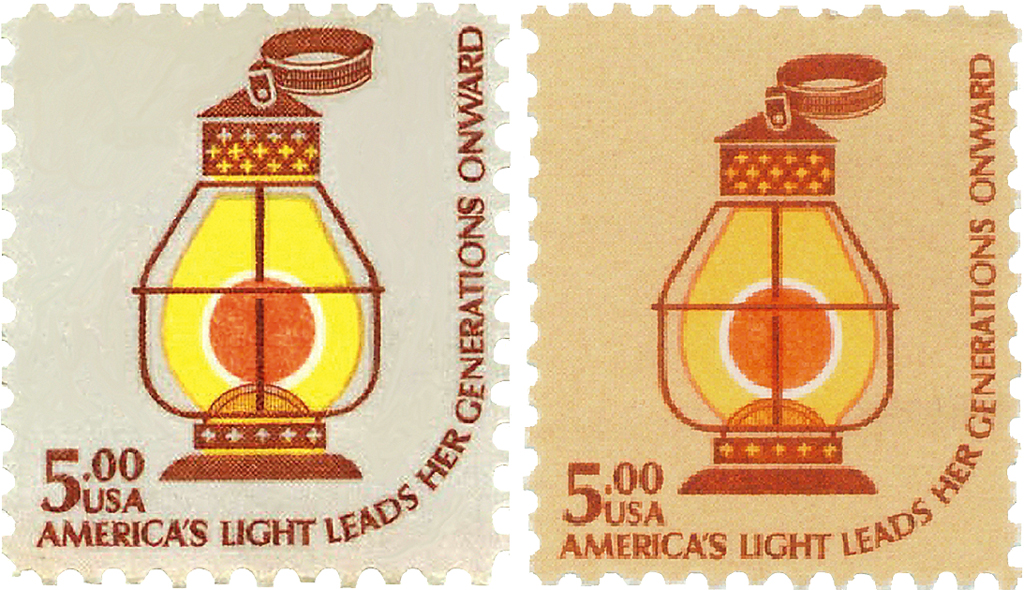 The tan background ink on the $5 Americana stamp on the left has faded. A normal example is shown at right. 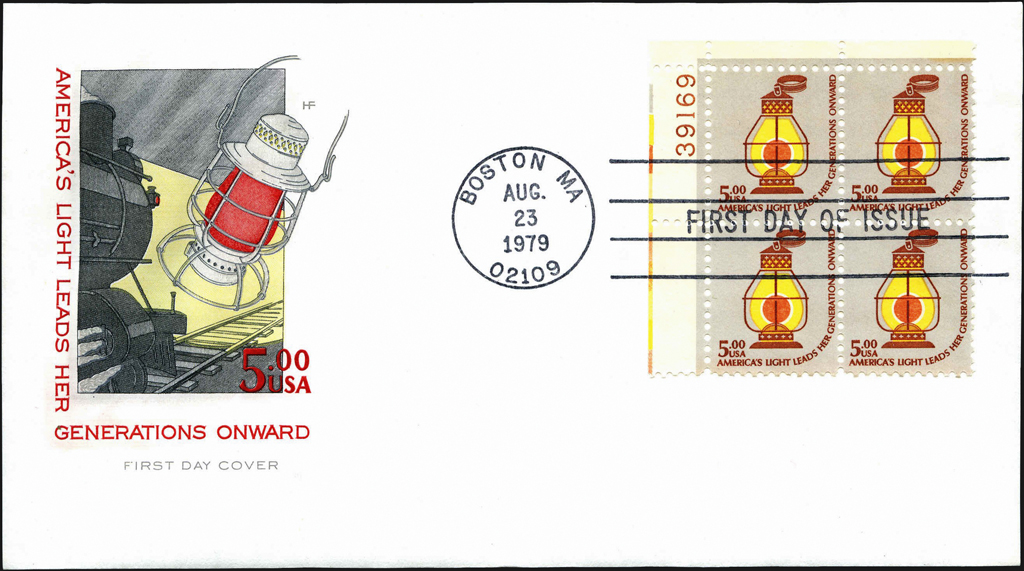 The $5 Americana plate block on this Aug. 23, 1979, first-day cover shows its tan ink faded to gray. An image of the FDC and the cover’s Philatelic Foundation expertizing certificate are available on the Foundation’s website as a public service.
Previous
Next

Sometimes colors can fade on stamps to the point that they look like color-omitted errors.

An online auction of an apparent color-omitted error illustrates this important point.

A buyer’s winning bid approached $100 for a faded stamp offered as a “color omitted error” on the online auction site eBay in September 2014.

Illustrated nearby is a picture I created based on the main eBay image used in the item’s listing that buyers saw. The simulation is based on a similarly faded item’s image that the Philatelic Foundation posted for public education.

The $5 Americana stamp on the left exhibits a grayish background. A normal example, with a tan background, is shown on the right. A second image of the gum side of the stamps (not shown here) also was available on the eBay auction.

Various agents, such as chemicals or sunlight, can easily alter colors. Furthermore, most collectors are hard-pressed to recognize genuine color-omitted errors. This is why collectors are often cautioned to obtain an opinion from a recognized expertizing authority.

In this case, a collector with a genuine interest in the stamp issue and an example in hand can see the contradiction between the auction heading and the image of the faded stamp.

As shown on both stamps, an uninked ring encircles the lantern’s reddish flame (a design trait shared by the series’ 50¢, $1 and $2 stamps as well).

By examining the flame part of the design, it is evident that the tan ink seen in the stamp on the right was not omitted in the stamp at left. The tan has faded to a grayish color.

If the tan ink had truly been omitted, the background would be just as white as the uninked ring around the flame.

Ironically, during the seven-day eBay auction an online resource was available to any prospective buyer of a possible Scott 1612 color-omitted error.

As a public service to the hobby, the Philatelic Foundation offers a searchable archive of its issued expertization certificates. The pictured $5 Americana first-day cover and the accompanying PF certificate (not shown) were available for viewing on the Foundation’s website.

The submitter asked if the plate block on the FDC was a tan color-omitted error, and the opinion answered in the negative for the same reason I describe above.

In short, both the single and the plate block are color changelings, not color-omitted errors.

The eBay seller of the faded $5 Americana single replied nonchalantly when I questioned several times its nature as an error.

The seller also advertised an eBay store with “-stamp” in the name and a dozen stamp categories including “Errors, Freaks, Oddities.”

As noted in the Jan. 26 Collectors’ Forum in Linn’s, all kinds of agents can purposely or accidentally change a stamp’s inks.

Each changeling is paired to its right with a normal example of the given stamp.

Collectors should approach any stamp described as an error with caution when unaccompanied by an expertization certificate from a reputable source.