A dozen years and 14¢ later: reflections on the forever stamp 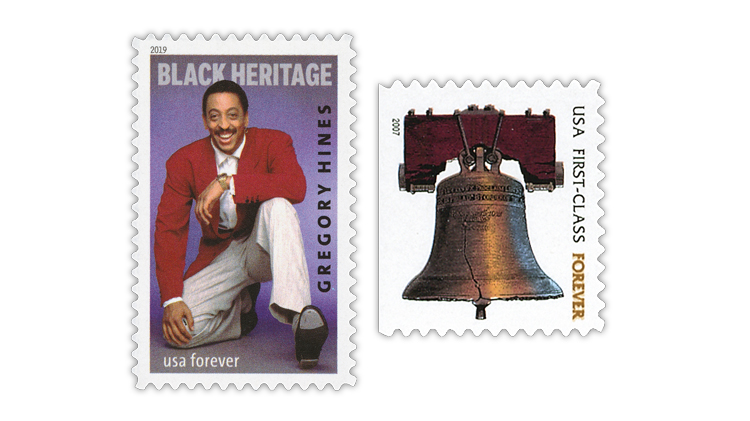 On a chilly April 12, 2007, the United States Postal Service introduced the first forever stamp at a ceremony in Philadelphia. It was a fitting location for the event because the stamp pictured the Liberty Bell, which has its home in Philadelphia.

I want to take a moment to reflect on a few items related to the forever stamp over the last 12 years. These nondenominated stamps with the word “Forever” inscribed on them are always valid for the postage rate for a 1-ounce first-class letter. When the first forever stamp was issued in 2007, it had a face value of 41¢.

Today a forever stamp has a face value of 55¢, and the first stamp issued at that rate was the Gregory Hines stamp on Jan. 28.

No matter when the stamps were purchased, all forever stamps now have a face value of 55¢. That is approximately a 34 percent increase in that 12-year span.

I was one of the first in line at the main post office in Philadelphia to purchase the Liberty Bell forever stamp in 2007. Sales were brisk, and I remember clerks indicating that quite a few people purchased decks of 100 booklets of the stamps.

At the time, I didn’t think that squirreling away large quantities of forever stamps was that wise of a move. The first-class rate only increased a penny or two for a number of years, and it wasn’t until this year’s 5¢ jump, from 50¢ to 55¢, that a noticeable difference took place.

And, as Michael Baadke reported in the Jan. 28 issue of Linn’s (see link below), the new postage rates divide by 5 and “might reduce the frequency of letter rate increases.”

Throughout the years, numerous forever stamps have been issued in a booklet pane format with multiple designs. The subjects include pets, birds, Charlie Brown and more.

Some of these booklet issues were popular with the general public, and the Scott Specialized Catalogue of United States Stamps and Covers catalog values of some booklet panes far exceed the face value of the stamps. If you collect modern U.S. stamps, having a current Scott U.S. Specialized catalog to reference is key to keeping track of these issues.

The forever stamp concept continues to be popular, and it will be interesting to follow the story as time goes on.