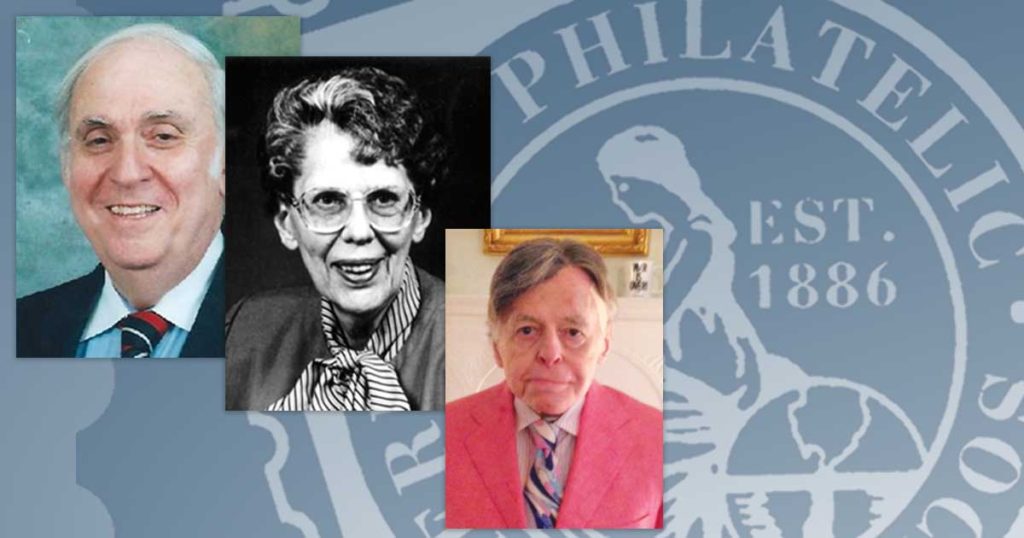 The American Philatelic Society announced June 12 the selection of Robert Markovits, Barbara Mueller, and Irwin Wienberg as the 2017 inductees into the society’s hall of fame.

“The Hall honors deceased philatelists who made outstanding contributions to philately,” the APS said.

Bob Markovits (1937-2015) made his mark on the hobby as a respected dealer and keen student of United States special delivery and Official stamps, and postal stationery. Among his many recognitions is the 1999 Champion of Champions award for his splendid exhibit of “U.S. Official Stamps, 1873-1884.”

Barbara Mueller (1925-2016) was a prolific researcher and writer. Common Sense Philately, her first book, was published in 1956. A life member of the APS, Mueller was inducted into the hall of fame of the United States Stamp Society in 2006.

James Lee tapped as first APS dealer of the year