Anthony Trollope and the introduction of pillar boxes in Great Britain 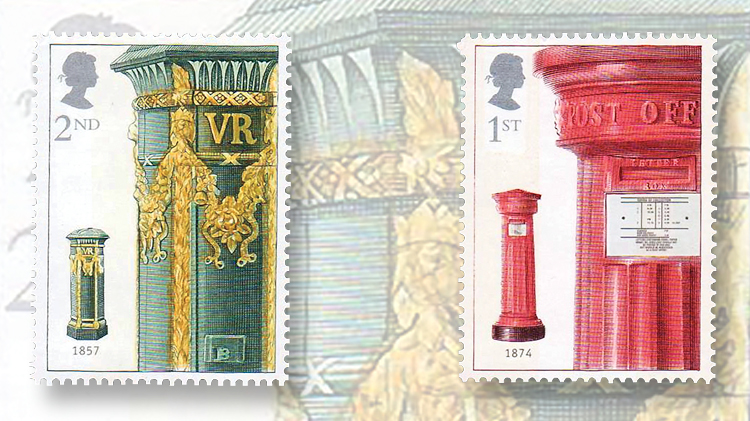 Victorian-era pillar boxes were initially painted green, as shown on the 2002 second-class stamp on the left. In 1874, the standard color was made bright red, illustrated on the first-class stamp from the same 2002 set. 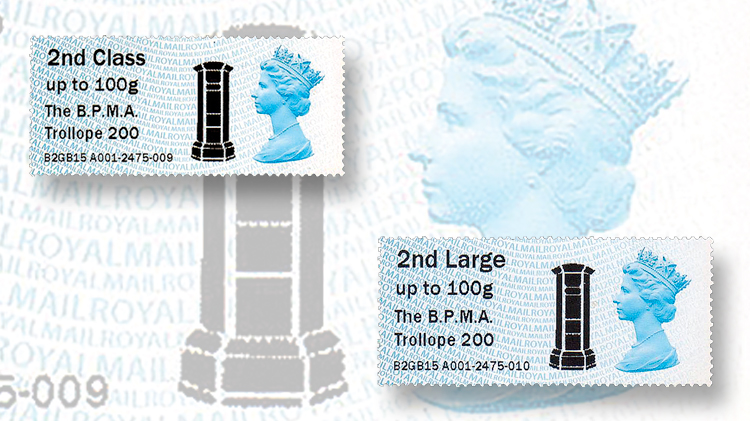 In February, the British Postal Museum and Archives dispensed postage labels bearing a silhouette of a pillar box to honor the 200th birth year anniversary of Anthony Trollope, who helped introduce the iconic mail receptacle to the United Kingdom after se 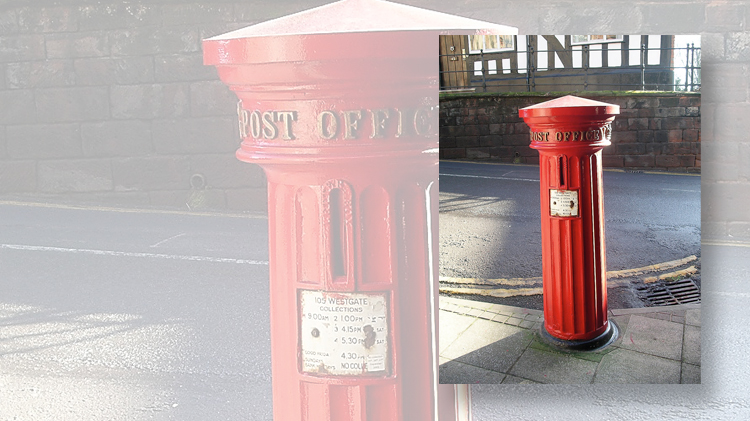 Pillar boxes are sturdy cast-iron receptacles designed to receive mail at locations other than post offices. In Great Britain, they are traditionally round and painted bright red. 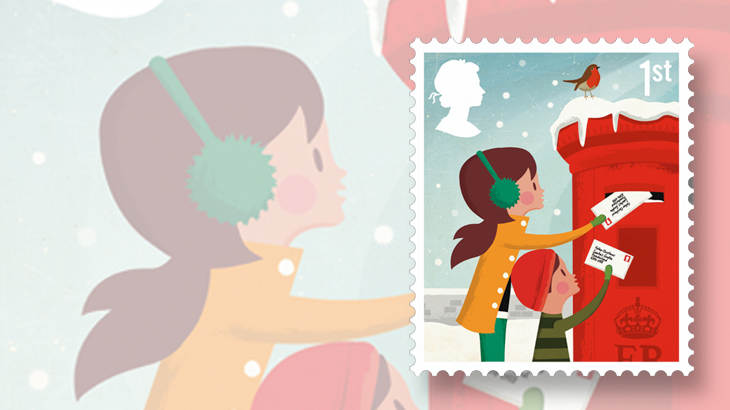 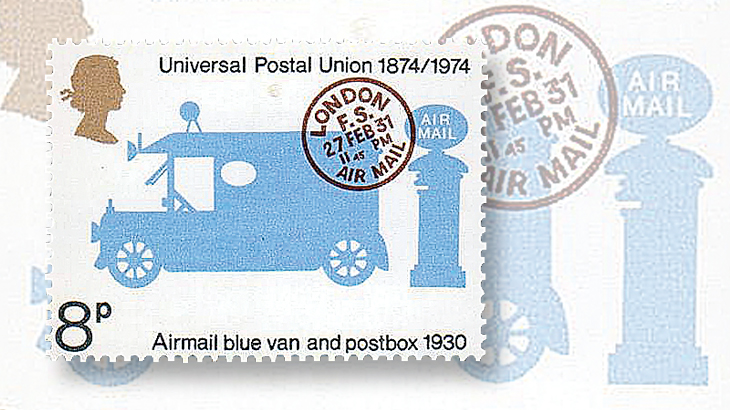 The 8-penny denomination of the 1974 set marking the 100th anniversary of the Universal Postal Union shows a blue pillar box that was intended for airmail items.
Previous
Next

Pillar boxes — the red, cast-iron mail receptacles on the streets and roadways of the United Kingdom — are as iconic to England as Big Ben and red double-decker buses.

Pillar boxes were introduced to the British Isles in 1852. Their inspiration came from Europe.

A surveyor for the British Post Office, Anthony Trollope (1815-1882), was sent to Europe to observe postal schemes there.

He was much taken by large kiosk-like cylindrical pillars located in public spots that had slots at the top of them through which the public deposited mail for the post office to pick up and deliver. He thought the devices worthy of adoption in the United Kingdom.

The first pillar boxes in Great Britain were tested on the Channel Islands. They proved so successful that by the next year, 1853, they were introduced on the mainland.

In October 2013, the Daily Mail newspaper published a report by Aaron Sharp that showed how little the assembly and painting of pillar boxes has changed in more than 160 years.

Early Victorian pillar boxes were painted green, and a bright red color was made standard in 1874. Now known as Post Office red, it is the brand color of Royal Mail, the British post office.

Some pillar boxes in the 1930s were painted blue — as in the color of the sky — and dedicated to receive items for airmail service. In 1938, however, all blue mail boxes were repainted red.

Recently, Royal Mail sanctioned pillar boxes in the home towns of Britain’s 2012 Olympic and Paralympic Games medal winners to be painted gold, and more than 100 were.

This year is the 200th anniversary of the birth of Trollope. The British Postal Museum and Archives says of Trollope: “Certainly, it was Trollope that … had the vision to see the potential for the first use of pillar boxes by the British Post Office and actually recommend and see through their introduction.”

In the United States, Trollope is known primarily as a Victorian novelist and not for his contributions to the British postal system. His best known literary works, six novels of political and ecclesiastical intrigue, are collectively referred to as the Chronicles of Barsetshire.

To mark the anniversary of Trollope’s birth in 1815, the British Postal Museum and Archives produced a special design for machine-vended postage labels dispensed at the museum. These self-adhesive labels are known as “post & go.”

Shown nearby are the second-class and second-class large labels bearing the special notation “The B.P.M.A. Trollope 200” with a silhouette of a pillar box.

Pillar boxes are so integral to British identity that there is a formal organization consisting of about 600 members known as the Letter Box Study Group, www.lbsg.org.

In addition to other activities, the study group maintains a database “that aims to record the type and location of every British letter box in existence.” It is estimated there are about 116,000 operating letter boxes in the United Kingdom.

The study group also publishes a quarterly newsletter and keeps an up-to-date inventory of all known mail receptacles: that is, pillar boxes, wall boxes and lamp boxes.

The royal cipher or monogram of the reigning monarch at the time the mail receptacle was cast and put into use are included in the design of most pillar boxes.

Since mail receptacles are an integral part of today’s British postal service, Royal Mail has highlighted pillar boxes on several of its stamps.

In 2002, a set of five stamps showing various types of pillar boxes was issued. The nondenominated second- and first-class stamps from that set are shown nearby (Scott 2076-2077).

Other stamps’ designs have included images of pillar boxes.

In 1974, the 8-penny denomination (Scott 722) of a set of four stamps marking the 100th anniversary of the establishment of the Universal Postal Union shows a post bus from the 1930s next to a blue pillar box for receipt of items to be sent by air.

The 2014 Christmas stamp for first-class mail (Scott 3338) depicts a girl and boy mailing greeting cards by depositing them in a traditional red pillar box.

Also, a previous Christmas stamp, the 19p denomination from the 1995 issue (Scott 1634), pictures a robin sitting in the slot of a red pillar box.

Pillar boxes are a long-standing artifact of British postal history and should be of interest to stamp collectors.