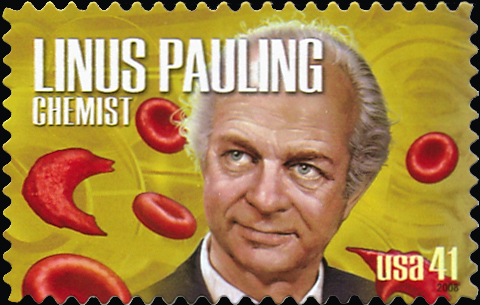 The only person in history to be awarded two unshared Nobel prizes is Linus Carl Pauling, who was born Feb. 28, 1901, in Portland, Ore.

In 1954 he won the Nobel Prize for chemistry, specifically, "for his research into the nature of the chemical bond and its application to the elucidation of the structure of complex substances."

In 1963 Pauling won the Nobel Peace Prize (held over from 1962) "for his opposition to weapons of mass destruction."

Pauling was instrumental in urging the United States, the Soviet Union and Great Britain to accept a nuclear test ban treaty in 1963, according to the official website of the Nobel Prize.

Long associated with Caltech as the head of the University's chemistry division, Pauling devoted himself to research that uncovered the molecular basis of sickle-cell anemia, explored treatment of mental disease, and later led to a study of the health benefits of vitamin C.

The National Institutes of Health observed: "Pauling's ideas about molecular balance and health are increasingly important to a health-conscious public, as well as to a growing number of health professionals."

Linus Pauling is commemorated on a 41¢ stamp issued in 2008 (Scott 4225), part of a set of four stamps honoring American scientists.