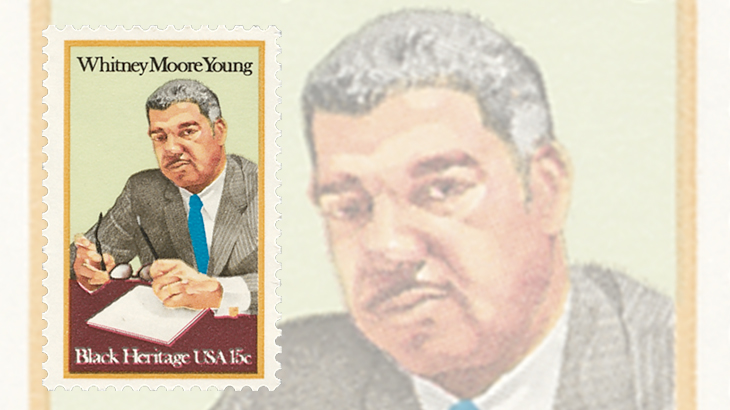 American civil rights leader Whitney Moore Young Jr. was born July 31, 1921, in Lincoln Ridge, Ky. His mother was the first black postmaster in Kentucky, and his father was president of the Lincoln Institute of Kentucky, an all-black boarding school.

The school campus is now home to the Whitney Young Birthplace and Museum, a National Historic Landmark.

He became executive director of the National Urban League in 1961 and served as its leader for 10 years. He was an advisor to Presidents John F. Kennedy, Lyndon Johnson and Richard Nixon, and helped grow the National Urban League while continuing his efforts to improve opportunities for black citizens in the areas of business and education. In 1969 he received the Presidential Medal of Freedom from President Johnson.

Young died after an apparent heart attack while swimming in Nigeria at age 49 in 1971. President Richard Nixon attended Young's funeral and gave the eulogy.