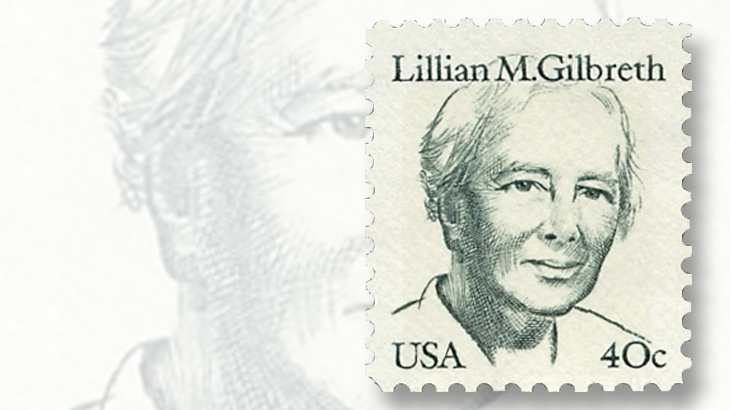 Industrial engineer Lillian M. Gilbreth was honored on a 40¢ definitive stamp in 1984.

Lillian Evelyn Moller Gilbreth, an industrial management engineer often referred to as the “first lady of engineering,” was born May 24, 1878, in Oakland, Calif.

Their pioneering studies also included developing improved and efficient settings at work and home for individuals with disabilities.

When Frank died in 1924, Lillian continued their work with a focus on eliminating wasted motion.

The Gilbreths were the parents of 12 children, and a book about their family life, Cheaper by the Dozen, was written by two of them. The book became a successful 1950 film by the same name. A 2003 film version was mostly unrelated to the original story about the family.