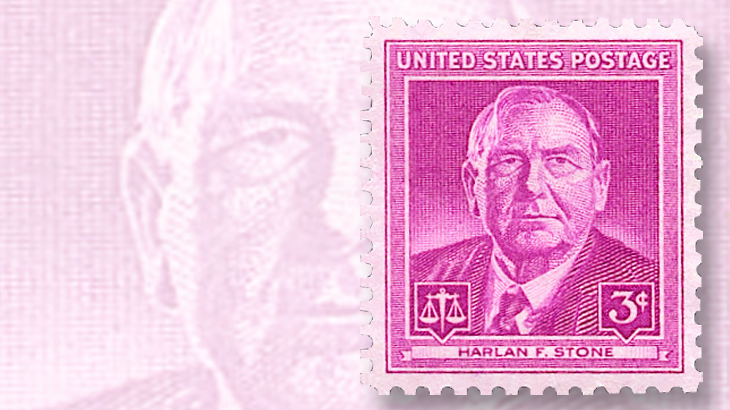 Harlan Fiske Stone, a former Attorney General of the United States who served more than two decades on the U.S. Supreme Court, was born Oct. 11, 1872, in Chesterfield, N.H.

Stone graduated from Amherst College in 1894 and earned his law degree from Columbia Law School in 1898. After passing the bar, Stone practiced law in New York City while also teaching at Columbia. He became dean at the law school in 1910.

Republican President Calvin Coolidge, who attended Amherst at the same time as Stone, appointed him as U.S. Attorney General in 1924. During his one year in office, Stone named J. Edgar Hoover to head the Federal Bureau of Investigation. In 1925, Coolidge chose Stone to fill the Supreme Court vacancy that occurred when 81-year-old Justice Joseph McKenna retired.

Columbia Law School has described Stone as “a New Dealer who defended civil liberties and individual rights against a conservative court majority.”

He was appointed Chief Justice of the United States by Democratic President Franklin D. Roosevelt in June 1941, and served in that position until his death on April 22, 1946, at age 73.