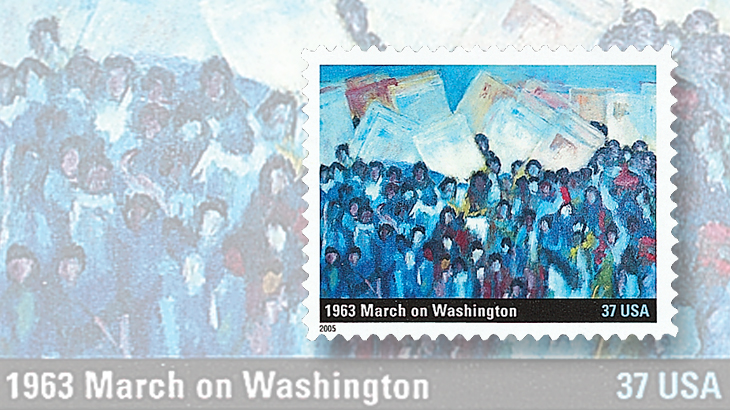 Artist Alma Thomas (1891-1978) participated in the 1963 March on Washington, and later created the oil on canvas painting that was chosen to illustrate the 37¢ stamp issued in 2005. 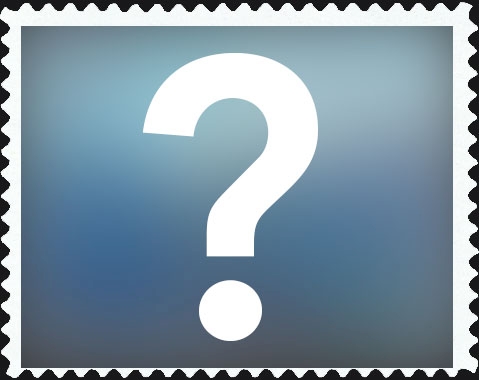 Who is the mystery birthday stamp subject for Sept. 22?
Previous
Next

The 10 stamps in the 2005 To Form a More Perfect Union set show different scenes from the United States civil rights movement, as expressed by various artists and photographers.

The illustration for the stamp commemorating the 1963 March on Washington was painted by a woman who participated in the march: Alma Thomas, who was born Sept. 22, 1891.

When the historic March on Washington for Jobs and Freedom took place, Thomas was one month shy of her 72nd birthday.

Born in Columbus, Ga., she had moved to Washington with her family when she was in her teens. She studied fine art at Howard University, graduating in 1924.

Her later paintings are mostly abstract, but the image on the stamp, which is titled March on Washington, is a more representational oil on canvas painting. The illustration is cropped to suit the stamp dimensions.

The 37¢ stamp is Scott 3937h. Thomas’ name is printed on the liner paper backing the stamp.