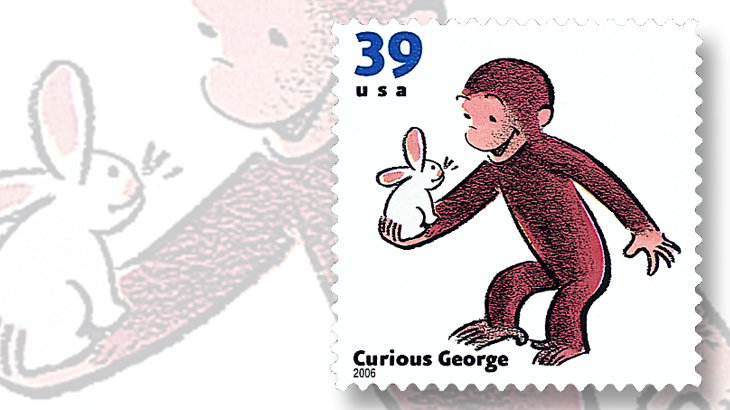 The popular children's book character Curious George was created by H.A. Rey, who was born in Germany on Sept. 16, 1898.

H.A. Rey, who authored and illustrated the Curious George children’s books with his wife Margaret, was born Hans Augusto Reyersbach in Hamburg, Germany, on Sept. 16, 1898. He met Margaret in Hamburg and reunited with her in Brazil; they married in 1935 and moved to Paris.

Though he was primarily an illustrator, Rey published a story book in France titled Rafi et les 9 singes, later translated into English as Cecily G. and the Nine Monkeys.

One character in the story, a monkey named Curious George, stood out from the rest, and would become the lead character in a series of very popular children’s books that Hans and Margaret worked on together after moving to the United States.

The first Curious George book was published in 1941, so publisher Houghton Mifflin Harcourt is celebrating the character’s 75th anniversary in 2016.