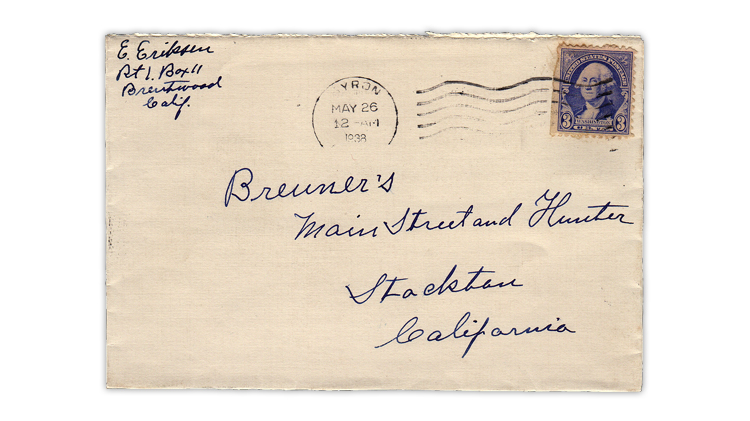 Figure 1. The 1932 3¢ Washington stamp (Scott 720) on this 1938 cover has been altered chemically, but probably not on purpose. Cover shown courtesy of Len Piszkiewicz. 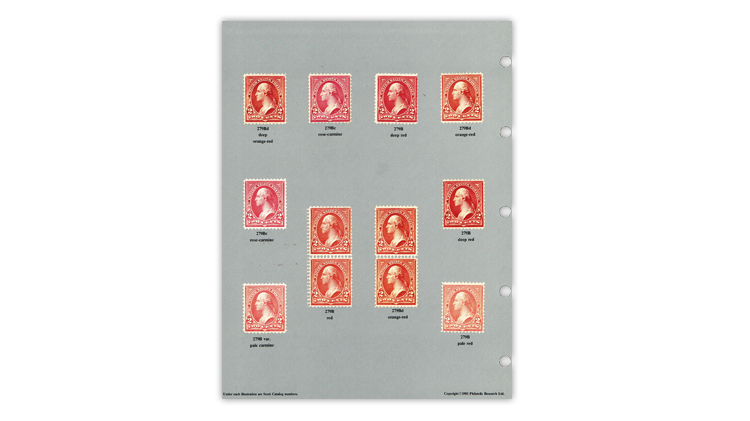 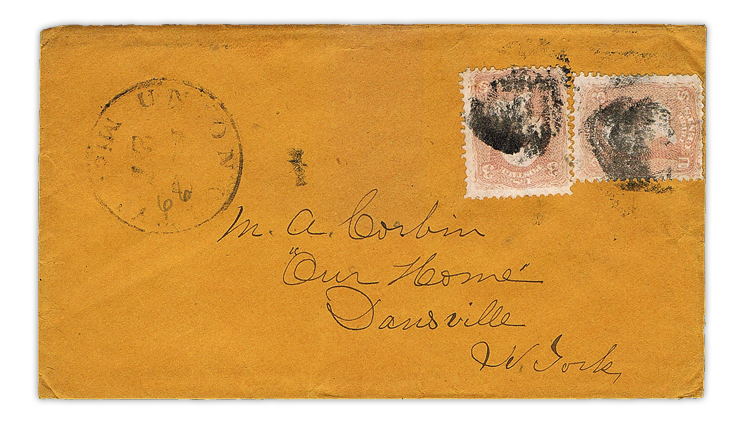 Figure 3. Even a bad certificate can be a helpful tool in the expertizer’s arsenal. This cover, initially thought to have two examples of the United States 1863 3¢ pink George Washington stamp (Scott 64) was found to have two faded examples of the 3¢ rose
Previous
Next

Color varieties are always a challenge to expertizers. So many things can go wrong in the process of applying ink to paper that assessing a variety sent in for an opinion requires a good grounding in production processes.

The single best reference point for stamp collectors who want to understand stamp production is the book, Fundamentals of Philately by L.N. Williams. The 1990 revised edition was published by the American Philatelic Society, and is still available at $60 for nonmembers and $48 for members, plus $3 shipping (ordering information can be found on the APS website, www.stamps.org).

Fundamentals of Philately is well illustrated and its hardbound 862 pages reveal a wealth of information about how postage stamps have been created since their invention more than 170 years ago.

For those of us who enjoy the search for the odd and offbeat, it is essential reading. But Fundamentals of Philately can also be used as a reference to research individual items as it has an excellent 60-page index.

The stamp on the cover is the 3¢ stamp showing a portrait of George Washington modeled from a painting by Gilbert Stuart (Scott 720). Issued in 1932, it was the workhorse mail-use stamp from that point until the issuance of the 3¢ Thomas Jefferson of the Presidential series (807) on June 16, 1938.

Issued as a purple stamp, the 3¢ Washington on the Figure 1 cover has turned to blue. There are no significant color varieties for this issue; the Scott Specialized Catalog of United States Stamps and Covers lists only a “light purple” as a minor variation.

If this cover were submitted for expertizing, it would be immediately considered suspicious — and not because of the brown stains at the top that indicate that the stamp was licked and placed on the envelope by a smoker. That is often the source of brown stains on stamps from this and earlier periods.

In this instance, Piszkiewicz provided a clue: The stamp is on a cover addressed to Breuners, a furniture store in Stockton, Calif. He thinks that the company’s old correspondence likely was stored where it was exposed to some furniture refinishing chemical that bleached out the red in the stamp.

In sending an image of this cover to me, Piszkiewicz noted that he has seen other Breuners’ covers with blue 3¢ Washington stamps.

Given that the white paper on which the stamp was printed is also toned, I would agree with him. This is not the color of the stamp as it rolled off the press, and that is the definition of what we in philately call a “changeling.”

That does not presuppose intentional alteration by a person. Many times, a changeling occurs because of accidental exposure to a change agent, usually a chemical or intense or prolonged light.

What does an expertizer look for when trying to determine whether a color is genuine or a changeling or indeed missing altogether? Here is a short list of resources and considerations:

• For older stamps through the Third Bureau Issue (the Washington-Franklins of 1908-22), I use the series of books by R.H. White, Encyclopedia of the Colors of United States Postage Stamps, Volumes I-IV, published by Philatelic Research Ltd., 1981. A sample of one of White’s color plates is shown in Figure 2. Though no longer in print, these books are sometimes available from philatelic literature dealers.

In these books, White illustrates all the cataloged color varieties, and some that aren’t in the catalog. If a submitted stamp has a color not presented by White, that is cause for immediate suspicion.

• From the Fourth Bureau Issue on, there is no comparable reference, but it is possible to put together a personal reference based on auction catalog illustrations. It is important to be certain that the description that goes with the catalog illustration indicates that the item pictured has a certificate.

• Most expertizers build a clipping file containing articles and illustrations from philatelic periodicals, correspondence, and examples of past submissions on which they have given opinions.

• Also, most expertizers also have an always-growing reference collection. That can be an expensive proposition if perfect examples of the stamps are required, but what is important is that the colors be established, not that the back has pristine gum. My reference collection includes some fairly dog-eared stamps representing both good and bad examples of major varieties. A new addition is shown in Figure 3.

This cover has two light-colored candidates as Scott 64, the pink version of the 1861 3¢ Washington. However, per its American Philatelic Expertizing Service certificate, they are “Scott No. 65 used on cover, genuine, color faded, short/pulled perfs.”

• Some methods of altering colors will affect the consistency of the paper. So if a patient is ridged in whole or part, has scrunches in the paper or it has shrunk, it is suspicious.

• If the paper on which the stamp is printed is bleached whiter than normal, that’s a strike against it.

• If the color is inconsistent across the totality of the stamp, that is suspicious.

• Often, whatever changes the color of the ink also darkens the paper from its natural color. Comparison with normal stamps is helpful in making that determination.

• On stamps issued after the 1960s, alterations in color can also affect the tagging. That is not always the case, but it is a reliable indicator when it occurs. Look for blotchy tagging and different color tagging from the normal.

• Experience! The more one works with color and the more examples seen of both good and bad submissions, the more likely the expertizer’s initial gut reaction to a new patient is likely to be correct.

It is clear from looking at this list that expertizing color is both science and art. In the rare instance where color comparisons are possible using highly technical equipment, opinions may be 100-percent reliable. Otherwise, opinions may be close to that mark, but there will be times when even the experts disagree. The result will be a “no opinion” finding.