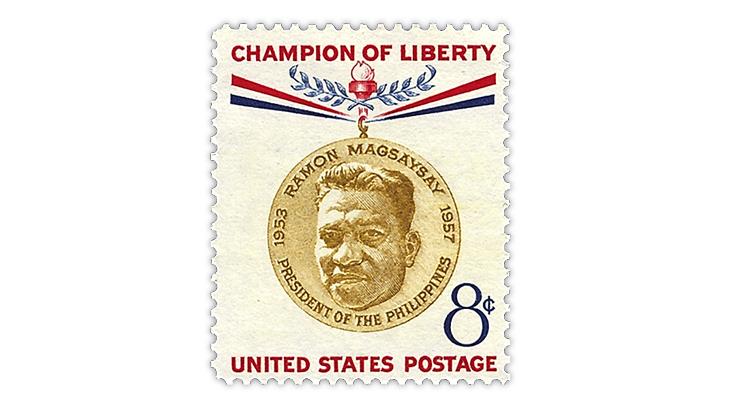 Figure 1. The first United States Champion of Liberty issue honors Ramon Magsaysay, president of the Philippines from 1953-57. The 8¢ stamp was issued Aug. 31, 1957. 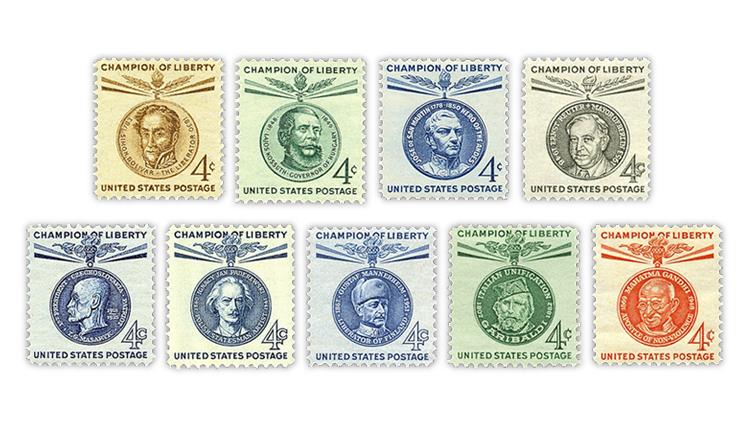 Figure 2. From 1958 through 1961, the United States Post Office Department honored nine other individuals on its Champion of Liberty stamps, shown here on 4¢ stamps paying the then-current domestic rate. 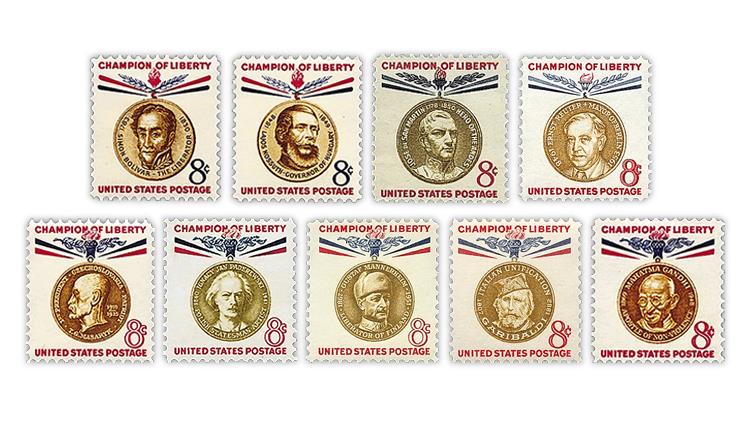 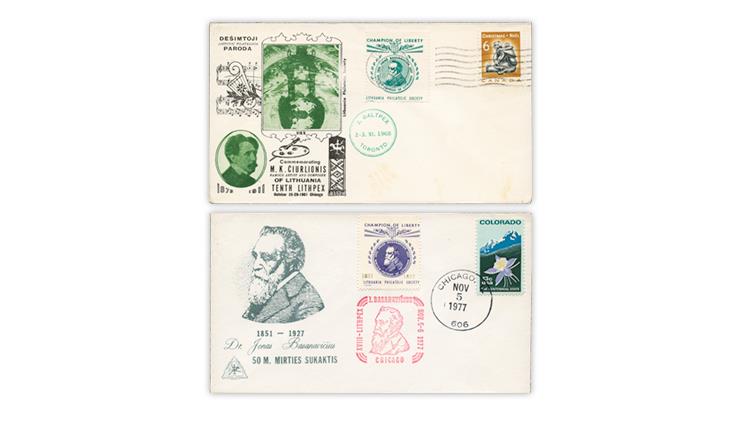 Figure 4. These two covers, one from Canada in 1968 and one from the United States in 1977, bear slightly different labels commemorating Dr. Jonas Basanavicius as Lithuania’s champion of liberty.
Previous
Next

Private entities have copied the format of the United States Champions of Liberty stamps issued from 1957 through 1961. I have shared examples in past columns, and I have another to share in this column.

Each of these nine champions of liberty appears on two stamps: one denominated 4¢ for the domestic rate at the time and another denominated 8¢ for the international surface-mail rate.

Figure 2 shows the nine 4¢ stamps, and Figure 3 pictures the set of 8¢ stamps.

It seems natural that this model would be used to pay tribute to others around the world who fit the mold. A new example has come to hand: a stamplike label commemorating Dr. Jonas Basanavicius (1851-1927).

As can be seen on the two covers in Figure 4, there are at least two versions of the label.

The design of the label is in green on the 1968 cover sent from the 1968 Baltpex stamp show in Toronto, Ontario, Canada.

On the other cover, which includes a cachet for the 1977 Lithpex stamp show in Chicago, the design of the label is in purple. The years of Basanavicius’ birth (1851) and the stamp show (1977) were added to the label above the “Lithuania Philatelic Society” inscription in the lower part of the design.

The honoree is not exactly a household name, such as Gandhi, but a person of consequence nevertheless. A physician and activist, Basanavicius founded the Lithuanian Scientific Society and the first Lithuanian-language newspaper, and chaired the Council of Lithuania’s session that adopted the Act of Independence of Lithuania on Feb. 16, 1918.

In the wake of World War I, the territory of Vilnius, the capital of the new country, became part of Poland.

When the Soviet Union disintegrated in 1990, Lithuania declared its freedom and joined the community of nations as an independent state. The other Soviet republics soon followed.

The Lithuanian Philatelic Society in the United States and Canada did not wait for that happy occasion to remember Basanavicius on labels using the Champions of Liberty stamps as a model.

Markings on the reverse of early stamps raise questions