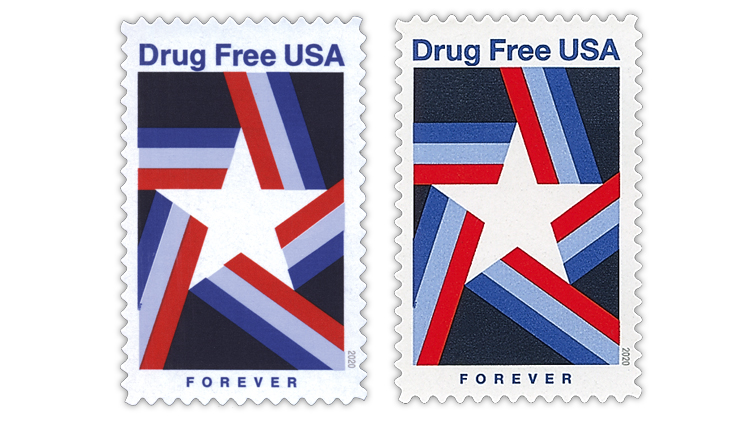 Unfortunately, in the past year, the number of new counterfeit United States forever stamps being sold online for a substantial discount has exploded. The quick cash element of selling to unsuspecting buyers seems to have fueled this explosion. And as soon as one seller is stopped, another pops up.

To continue to report on each new find or variation is impossible, and we were seeing evidence that the responsible parties might have been using our articles to improve their illicit work.

But a new twist is worth pointing out, along with providing a few tips to avoid accidentally purchasing these counterfeits.

In the past couple of decades, the most frequently encountered counterfeit stamp was the Flag stamp. Sellers, typically through online outlets, would sell bulk quantities of these stamps at a significant discount from face value.

The adage “if it’s too good to be true, it probably is” applies here.

The Scott Specialized Catalogue of United States Stamps and Covers includes a section of counterfeit stamps. Also, in the main listings in the postage section, we have attempted to note when counterfeits exist. For the 2021 Scott U.S. Specialized catalog, there were dozens of new listings. I anticipate the same for the new 2022 edition this October.

In the past few years, the culprits were using designs of Love stamps, Flag stamps and the occasional double-sided booklet pane stamp.

But in July, the first counterfeit of a recent commemorative stamp surfaced. Some security features were even faked, but not the one item that triggers cancellation machines at processing centers.

The counterfeit was of the Drug Free USA commemorative forever stamp issued Oct. 27, 2020. The stamp’s simple design and colors made it a likely candidate.

A counterfeit stamp and a genuine example are shown nearby. You can see subtle differences, but I won’t get into those specifics here.

This counterfeit was discovered when a collector purchased a mixture of stamps to look for counterfeits for his collection, and a couple of panes of the Drug Free commemorative were used to ship the mixture.

Based on inquiries I have received, the unsuspecting buyers are often offices looking for a deal on postage. Many counterfeit stamps I have found are on mail sent by coin dealers, many who use discount postage when sending their mail.

Many of the emails I have received on this topic question ask if the online auction websites and postal inspectors are doing anything about the situation. And while I can’t say for sure, I am confident they aren’t taking the explosion of modern counterfeit stamps lightly.