Covers for Mother's Day and one for Father's Day 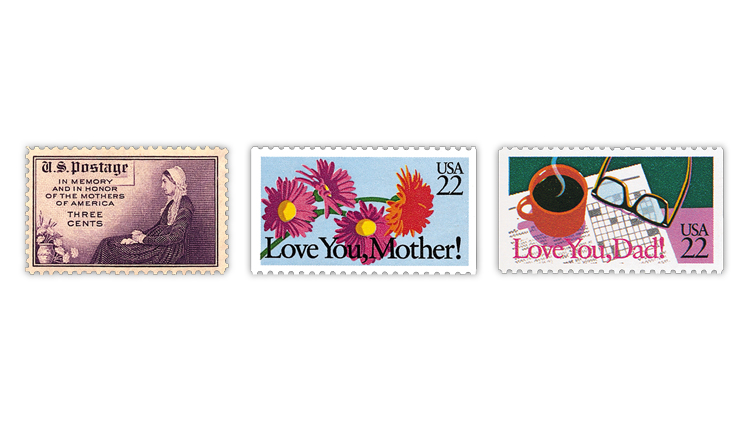 Figure 1. Three United States issues are related to Mother’s Day or Father’s Day: the 1934 Mothers of America issue and two stamps in the 1987 Special Occasions booklet. 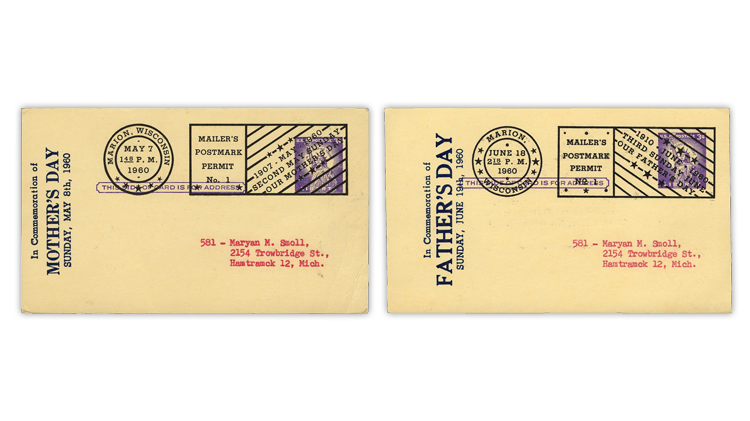 Figure 2. Inscribed for Father’s and Mother’s Days in 1960, these 3¢ postal cards have mailer’s postmark permit cancellations. 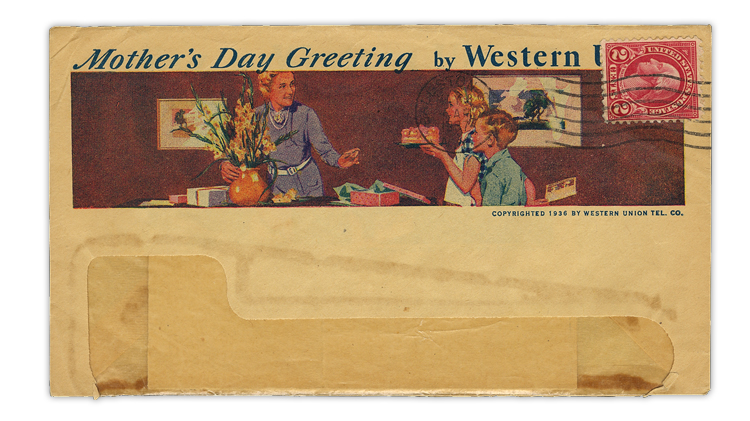 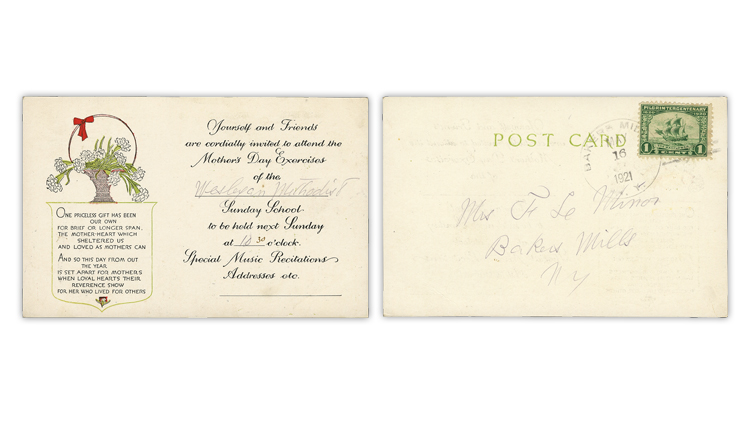 Figure 4. This postcard, shown both sides, with an invitation to a Mother’s Day event was mailed in 1921 from Bakers Mills, N.Y. 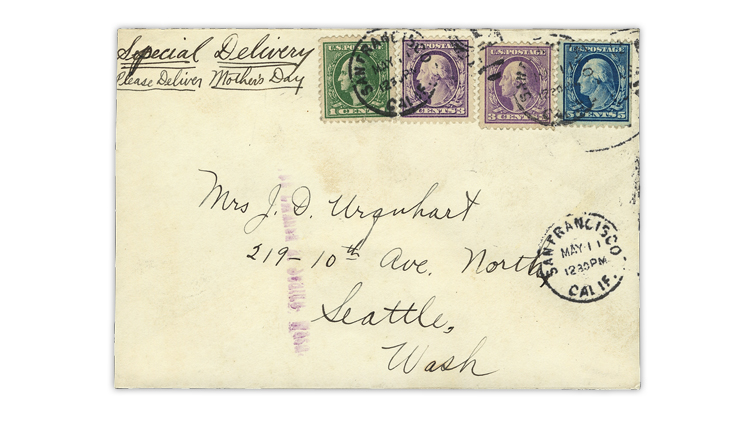 Figure 5. While this is not a commemorative cover, the sender of this missive noted “Special Delivery Please Deliver Mother’s Day.” 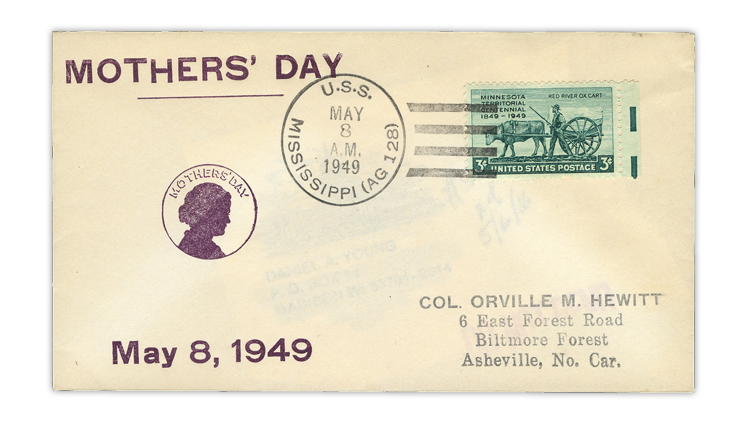 Figure 6. This 1949 U.S. Navy cachet for Mother’s Day was canceled May 8 aboard the USS Mississippi in 1949. By then, the former battleship had been converted to a gunnery training ship.
Previous
Next

Other than the famous Mothers of America issue showing an adaptation of James A. Mc-Neill Whistler’s painting Portrait of My Mother 3¢ stamps of 1934 (Scott 737-738), the only United States stamps that relate to Mother’s Day and Father’s Day are the Love You, Mother and Love You, Dad issues in the Special Occasions booklet of April 20, 1987 (2274a).

There aren’t many covers that note these days either, but my collection has swelled to seven items. I thought by sharing them here I might inspire others to do something philatelically to celebrate this year’s holidays.

The two 3¢ Statue of Liberty postal cards shown in Figure 2 were a gift from Scott Shaulis of Murrysville, Pa. They were sent in 1960 by Henry Meisel, then president of the American Metered Postage Society.

The only other Father’s Day item I have is a Philadelphia cut square meter dated June 17, 1943, with the message, “Don’t Forget Father’s Day.”

Mother’s Day gets a bit more coverage. Figure 3 shows a “Mother’s Day Greeting by Western Union” envelope used to send a telegram, also with a Mother’s Day greeting. The cancellation on this cover is dated 1937.

Figure 4 pictures both sides of a postcard sent in 1921 inviting the addressee to attend the Mother’s Day Exercises of the Wesleyan Methodist Sunday School in Bakers Mills, N.Y.

The postcard is franked with the 1920 1¢ Pilgrim Tercentenary stamp depicting the Mayflower (Scott 548), tied by a May 16, 1921, Bakers Mills circular datestamp.

The special delivery cover in Figure 5 was sent from San Francisco to Seattle, probably in 1918 or after based on the stamps. The sender wrote in the upper left “Special Delivery Please deliver Mother’s Day.”

We are used to thinking of U.S. Navy ships with the names of states as being battleships, or more recently as fast attack submarines. In this case, Mississippi was the battleship converted after World War II into a gunnery training ship. The Mississippi was also used to test new weapons, including several missile systems.

Ending a 40-year run, the ship was decommissioned in 1956 and sold for scrap, none of which has anything to do with Mother’s Day.