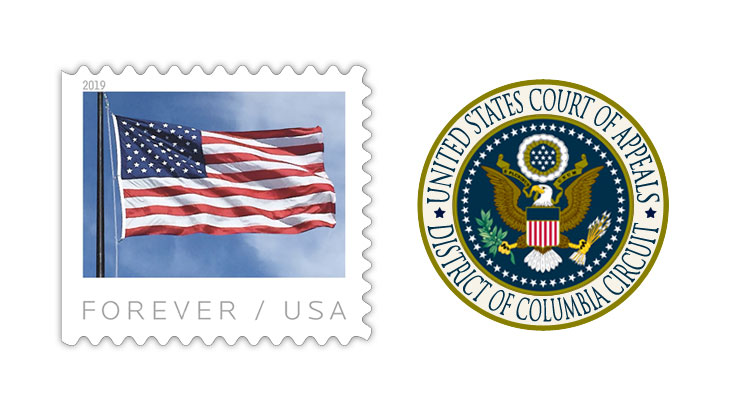 The three judges hearing a challenge to the 55¢ first-class stamp price voiced concerns during a May 10 hearing about how quickly the large rate increase won approval from postal regulators.

The panel also questioned whether the Postal Regulatory Commission, which endorsed the higher price, properly considered all the issues Congress wanted it to examine in rate cases.

The hour-long hearing didn’t deal so much with the size of increase — the largest first-class increase ever — but seemed focused on whether the five-member commission had dodged those Congressional issues in order to approve the increase within a 45-day window. Approved Nov. 13, 2018, the rate took effect Jan. 27.

Justice Department attorney Joshua M. Salzman sought to assure the judges that the commission’s top concerns during the initial approval period were making certain the new stamp prices did not exceed the rate of inflation and that discounted stamps for bulk mailers were properly priced.

As for other issues, Salzman argued that the commission could address them later, perhaps as part of its annual review of postal services.

“This is a blatant disregard case,” countered Douglas Carlson, a San Francisco lawyer who appealed the case to the U.S. Court of Appeals for the District of Columbia.

He had claimed the commission’s approval of the 55¢ stamp price “exceeded its statutory jurisdiction” and ignored issues Congress had directed the agency should consider in rate cases.

A frequent postal critic, Carlson urged the three judges hearing the case to send it back to the PRC with directions to make amends for its handling of the case.

Salzman countered that Congress had instructed the PRC to revise its rate-making procedure to speed action on rate increases.

All the steps the PRC took were in accordance with the wishes of lawmakers, the Salzman told the court.

He argued that the PRC was free to return to any issues raised by rate increase protesters as part of its annual review of the agency.

“Did that happen?” asked Judge Patricia S. Millett, the senior member of the panel.

She wanted to know if the commission had a procedure for rechecking concerns complainants had raised during the initial phases of a rate case.

Salzman appeared to be uncertain on that point.

“I hear you,” said Judge Gregory G. Katsas as he questioned the commission’s possible sidestepping of Congressional wishes.

“But was the Postal Rate Commission trying to relieve itself of some strict rule making?”

Salzman was on the defensive for most of the hearing and spend almost 40 minutes trying to answer the judges’ questions.

In his oral argument and his petition, Carlson had ridiculed the USPS for making a big point of rounding the price of a first-class stamp by a multiple of five.

He argued that first-class stamps have rarely been priced in multiples of five.

Many stamp customers may well want to save a few pennies on their stamp purchases, he argued. Their positions should not be ignored, he said.

Katsas picked up on that point, questioning whether ignoring the wishes of individuals who guard their pennies closely was fair.

Continuing in that vein, Millett asked that if the Postal Service had told the PRC “we like nickels” wouldn’t that be disregarding customers who didn’t like those coins?

According to briefs filed in the case, the commission was supposed to achieve nine objectives in its actions, such as allowing USPS pricing flexibility, reducing administrative burdens and increasing transparency in rate making and establishing a “just and reasonable schedule for rates and classifications.”

Congress also told the commission to consider 14 other factors, including “simplicity of structure” and price flexibility.

The judicial panel took the case under advisement, giving no hint when it might rule.