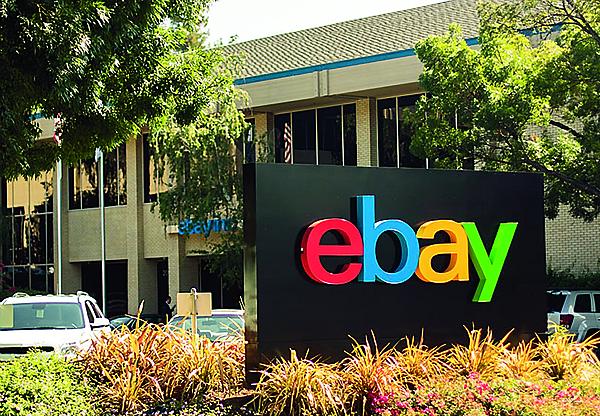 The giant California Internet commerce site eBay, a major forum for stamp and coin sales, has ended two programs that were created to protect collectors from fake and questionable sales.

The actions, which were not publicly disclosed, ended the “Enhanced Member Reporting” and community watch program for stamps and coins that had secret panels of stamp and coin experts reviewing suspect items on the eBay website.

In a statement to Linn’s Stamps News, eBay said it “remains committed to providing a safe, secure online marketplace for the sale of stamps.”

“… We’re currently moving toward a more formal process for reporting and removing any fraudulent behavior within various categories, including the stamp category,” said the statement from spokesman Ryan Moore.

“We’ve broadened our internal team within this category in an effort to detect and investigate fraudulent activity in a more streamlined manner.

“We are proud of the steps we have taken to combat the sale of counterfeits in recent years. Through continual investments in technology, human resources, key external relationships and infrastructure, eBay is committed to aggressively detecting and removing members who engage in any type of fraudulent behavior.

“We value the pivotal role our community members play in the detection of illegal and unwelcome counterfeit listings, and encourage them to continue bringing listings that are perceived to be fraudulent to our attention through the ‘Report Item’ link or form.

“Once submitted, a detailed review is initiated and vetted by our teams, and listings deemed fraudulent will be removed promptly,” the statement said.

The statement from eBay did not respond to concerns raised by collectors that the end of the enhanced member reporting and stamp watch program would make it easier for unethical practices to go unchecked, or why the changes were made.

Stamp expertizer William Weiss of Bethlehem, Pa., who served on the secret stamp committee since 2006, has made public his opposition to the shutdown of the stamp watch and enhanced member reporting programs. In a letter to eBay chief executive John Donahue, Weiss said that shuttering the programs “seems completely contrary to the spirit of fraud prevention.”

Weiss and another member of the defunct stamp committee voiced concerns that without the committee’s expertise, individuals intent on defrauding collectors once again would have easier access to eBay customers.

“EBay when it first started was the wild west show … anything goes,” recalled a stamp dealer who served on the review panel and asked not to be named.

The stamp watch program was started in 2003 at the urging of the American Philatelic Society and others who were alarmed by some of the stamps being offered on eBay in its early days.

The reviews were so important that the APS board was regularly briefed on the results, according to Ken Martin, the APS executive director.

The APS has not taken a position on the shutdown of the review programs, Martin said. He said eBay apparently closed them in the belief that doing so would reduce eBay’s liability in any lawsuit over a fraudulent eBay sale.

EBay remains deeply concerned about the sale of counterfeit items on its website, according to a May filing with the Securities and Exchange Commission.

“We are continuously seeking to improve and modify our efforts to eliminate counterfeit and pirated items through ongoing business initiatives designed to reduce bad buyer experiences and improve customer satisfaction and by responding to new patterns we are seeing among counterfeiters and others committing fraud on our users,” the company said.

Formed with the help of Frank Sente, then director of administration for the APS, eBay created the stamp review panel consisting of about four or five individuals who were stamp experts.

They were told not to discuss their roles in the program and were not paid for advising the San Jose-based company, which initially paid some of the costs of the review programs.

“In the beginning, there was a lot of fraud on eBay and nothing was done about it,” said Weiss.

The stamp panel, which focused on U.S. stamps, helped put a dent in that, the two dealers and Sente told Linn’s. Many complaints dealt with sellers who didn’t know that much about the stamps they were selling, the dealers said.

These complaints were quickly corrected.

Sente said the APS convinced eBay to give the review process an “educational” side, so sellers would know why their listings were being questioned.

The Sente-led program lasted until 2008, when eBay told the APS it could no longer underwrite the program’s relatively small costs, he said.

“We had to fight to keep it going,” Sente said, recalling that there was a constant snipping at the stamp program from some eBay officials.

A peer-review program remained in place after 2008, Sente noted. But he also said he was “not surprised” that the replacement program has been scuttled.

EBay was convinced that the stamp fraud on its site was serious after Sente prepared a detailed slide presentation documenting how one individual had taken a bulk sale of U.S. revenue stamps, trimmed off the perforations on several stamps and sold them as rare imperforates.

Stamps the individual had purchased for pennies each were selling for hundred of dollars, he said. And numerous complaints about what was selling on eBay were directed at both eBay and the APS, Sente noted.

There was also a Romanian who posted stamps from a sale in Europe and sold them without delivering any stamps, a fraud that Sente said is not possible under current eBay rules.

There were others intent on defrauding collectors, posting stamps for sale for one day only, a practice which Sente said offered the committee no time to stop the sales.

Some of these individuals would simply change their eBay user names and offer the questioned items under another name after being challenged, the dealers said. Those sellers were chased away by the committee.

When the panel agreed there was a problem with a stamp, eBay would either remove it or direct the seller to revise his offering.

While the committee members worked without pay, they were given a thank-you letter or desk set with an eBay logo as a reward.

The eBay website still has a form on which individuals can report concerns about an offering.

The form is so short that Weiss said “there is no way for you to give any details” about the suspect item.

“My question is who is receiving that report,” Weiss asked. “Does that person have any stamp expertise and is he going to know?

“How can those at eBay know? It’s just not possible,” he said.

Other than the committee, eBay had no one on its staff with a knowledge of stamps and the skills to judge the ones being offered, Weiss said.

“It’s a big problem … far bigger than the average eBay member with an interest in stamps knows,” he told Linn’s.

To help collectors, Weiss and cofounder Don Denman, a lifelong stamp collector and vice president of technology for Brookside Research and Development, have formed a website to help stamp collectors navigate the online stamp buying and selling process.

There is no question that eBay has become a major player in both the stamp and coin collecting communities.

Eric Jackson, a revenue stamp specialist from Leesport, Pa., described eBay as one of the “many bright spots for the hobby” in a letter sent by the APS to its dealer members in May 2013.

“I was just on eBay and note that there are, today, just under 3 million items offered for sale in the Stamps category of which about 10 percent are auction items,” Jackson said.

“As most auction items turn over every seven days and by doing some simple math, it becomes obvious that there are many millions of stamps being sold on eBay in a single year,” he said.

“That is a lot of stamps, a lot of money and that means there are a lot of collectors buying them.”