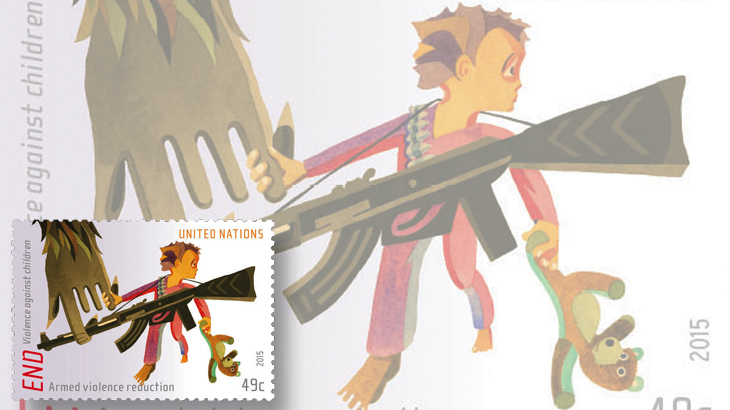 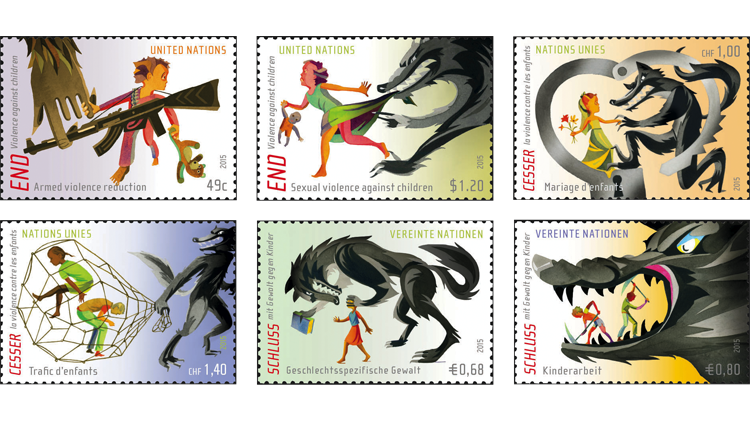 Stamps from the United Nations Postal Administration promote an initiative to end violence against children. The set includes two stamps for each of the three post offices at U.N. facilities in New York City, Geneva and Vienna.
Previous
Next

Six new stamps from the United Nations Postal Administration promote a UNICEF initiative to end violence against children and adolescents.

In announcing this initiative on July 31, 2013, UNICEF said, “Violence against children is all too often unseen, unheard and under reported. ...”

UNICEF executive director Anthony Lake said: “In every country, in every culture, there is violence against children. Whenever and wherever children are harmed, our outrage and anger must be seen and heard. We must make the invisible visible.”

The issue date for the stamps is Aug. 20 with a first-day ceremony at the American Philatelic Society’s Stampshow in Grand Rapids, Mich. The ceremony begins at 12:30 p.m. in the DeVos Place Convention Center at 303 Monroe Ave. NW.

Chris Sharp, an illustrator based in New York City, created the designs for the stamps, his first for UNPA.

In these illustrations, Sharp uses a wolf to symbolize violence. This wolf is reminiscent of the “big bad wolf” of various fairy tales, such as Little Red Riding Hood and The Three Little Pigs.

Children, a teddy bear, a doll, a book, a web, a gun, flowers and pickaxes also are included in the stamp illustrations.

Cartor, a security printer in Meauce, France, printed the stamps by offset-lithgraphy in sheets of 20.