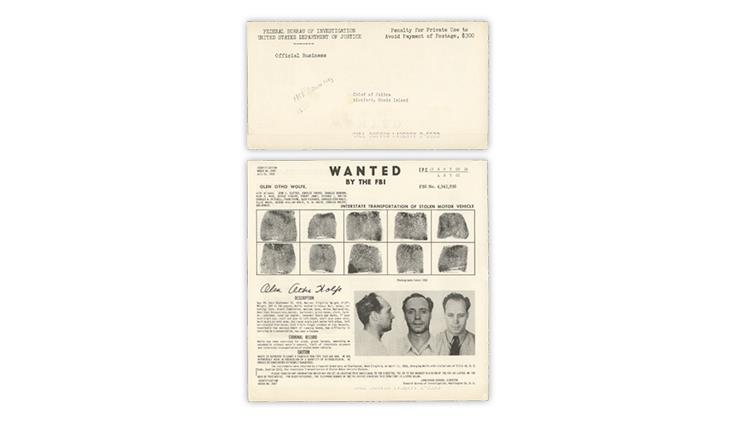 Figure 1. FBI wanted posters were sent through the United States mails, as this 1956 example sent to the police chief in Wickford, R.I. shows. Olen Otho Wolfe was wanted for interstate transportation of a stolen motor vehicle. 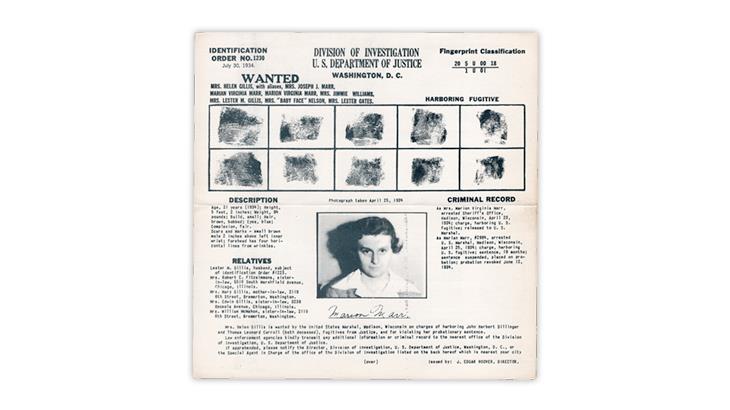 Figure 2. Sent one year before the Justice Department’s Division of Investigation became the FBI in 1935, this wanted poster was circulated in the name of Mrs. Helen Gillis, also known as Marion Marr. She was wanted for her role in harboring John Dillinge
Previous
Next

Those of us who grew up in the 1940s and 1950s might recall going into post offices and seeing FBI wanted posters for criminals who had managed to elude the bureau’s agents long enough to get this special treatment.

The 1956 Olen Otho Wolfe poster in Figure 1 was folded and mailed to the chief of police in Wickford, R.I. Wolfe was wanted for interstate transportation of a stolen motor vehicle.

That wasn’t his only transgression, but it was the headline, with this cautionary note: “Wolfe is reported to carry a fountain pen-type tear gas gun. He has reportedly been in possession of a quantity of nitroglycerin. He should be considered extremely dangerous.”

When we saw these wanted posters in our post offices, we probably didn’t realize that they had been sent through the mail using “Penalty for private use” indicia — not only to post offices but to law enforcement recipients in the area where the sending FBI field office thought the perpetrator might be.

The July 30, 1934, poster shown unfolded in Figure 2 has some historical significance. Note that the header is “Division of Investigation, U.S. Department of Justice.” This division did not become the FBI until 1935.

The poster was sent from Omaha, Neb., to the deputy U.S. marshal in Keokuk, Iowa.

The subject of the poster is Helen Gillis, also known as Marion Marr among other aliases. Her crime: “Harboring Fugitive.” The specifics: “Mrs. Helen Gillis is wanted by the United States Marshal, Madison, Wisconsin, on charges of harboring John Herbert Dillinger and Thomas Leonard Carroll (both deceased), Fugitives from Justice, and for violating her probationary sentence.”

But that’s only part of the story. Gillis was married to Lester M. Gillis. Better known as “Baby Face Nelson,” he was a Dillinger-class bank robber and world-class violent criminal.

To make a long story short, agents closed in on the Gillises in November 1934 as they were driving to a winter safe haven in Lake Geneva, Ill.

However, the agents were surprised when the pair and an accomplice arrived early,
saw the trap and tried to speed away after engaging the agents. The agents gave chase, and ...

To learn the fate of the Gillises, subscribe to Linn’s Stamp News.