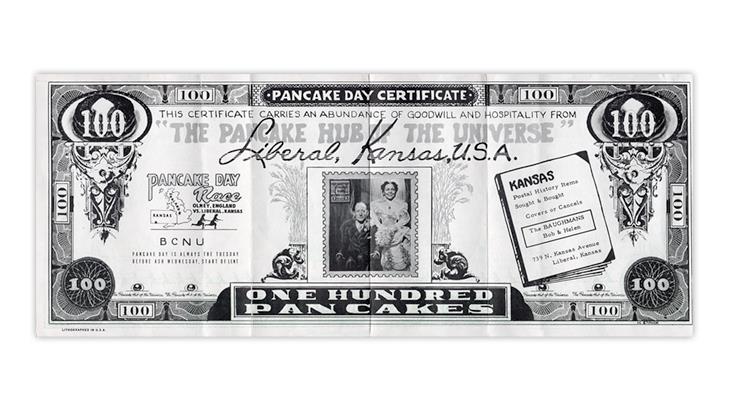 Figure 1. Mixing pancakes with stamp dealing may seem a stretch, but it is done on this Pancake Day certificate made by dealers Bob and Helen Baughman sometime after 1950. 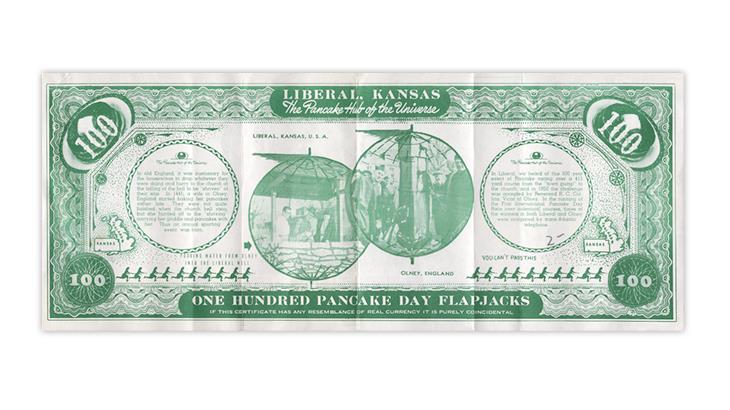 Figure 2. The other side of the certificate in Figure 1 features text explaining the origins of the pancake races in Liberal, Kan., and Olney, England.
Previous
Next

We find stamp images in some of the oddest places. The “Pancake Day Certificate” shown in Figure 1 is one such example.

Bob and Helen Baughman, who were stamp and cover dealers in the city of Liberal, Kan., in the 1950s and 1960s, created the undated “100 Pancakes” certificate to mark the Pancake Day event and to get in a bit of advertising for their dealership.

The Baughmans are shown in their own perforated stamp in the center of the certificate.

While the text on the certificate proclaims Liberal, Kan., is “The Pancake Hub Of The Universe,” it also makes note of an international event: the Pancake Day race between that Kansas city and Olney, England. Olney’s Pancake Day race dates from 1445.

The other side of the certificate, which is green, is shown in Figure 2. The text on that side gives the origins of both races. To summarize, since 1950, each town holds its Pancake Race over a 415-yard course and then compares the respective winners’ times to determine the winner of the international race.

The contestants must be dressed in the traditional apron and scarf and carry a frying pan. They also must successfully flip a pancake at the beginning and end of the race.

According to the certificate, Pancake Day is always the Tuesday before Ash Wednesday, the start of Lent.