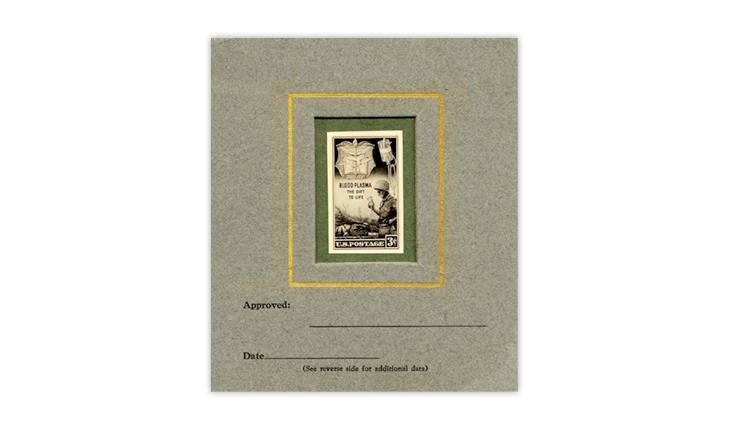 Figure 1. Designs were prepared for a Blood Plasma stamp to be issued in 1945 to promote blood donations toward saving the lives of American soldiers wounded in World War II. However final approval was never given for any of the designs, and the stamp was 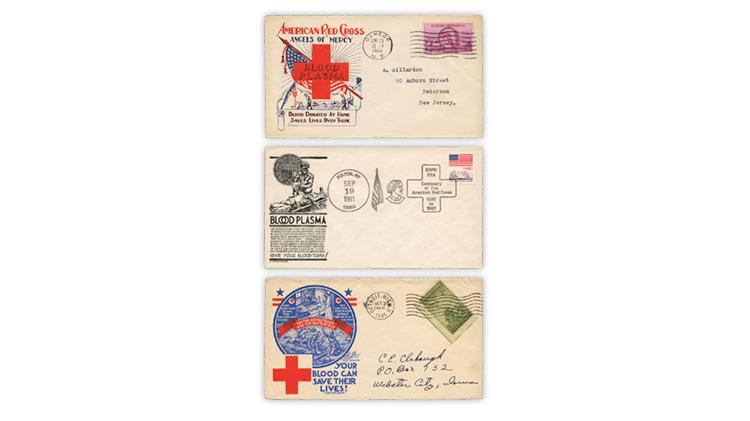 Figure 2. As it had been announced that a Blood Plasma stamp was in development, cachetmakers prepared a multitude of envelopes for use as first-day covers. Shown are three examples of the dozen or so that are in the author’s collection.
Previous
Next

The idea for a blood plasma stamp was first raised in February 1944. In November of that year, Postmaster General Frank C. Walker wrote to President Franklin D. Roosevelt recommending the issuance of such a stamp in connection with the 80th anniversary of the founding of the International Red Cross.

Walker said that “it would be appropriate to do honor to the humanitarian service of the Red Cross by epitomizing the blood plasma contribution to the saving of lives and winning of the war.”

Roosevelt apparently approved the idea, and word leaked that a stamp was under consideration. James W. Fawcett, the stamp editor of the Washington Star, submitted a design concept to the Post Office Department, which then sent it to the Bureau of Engraving and Printing with the request that its artists work on it.

The Bureau produced several designs, including the version shown in Figure 1.

Correspondence between the postmaster general, the Bureau and the White House gave details about modifications to the design and mentioned potential printing and release dates.

Suffice to say, the design was further modified, but an agreement on it was never reached. By early 1945, the Bureau was swamped with other assignments and could not get to this job in a timely manner. The American Bank Note Co., which also did some security printing for the Post Office Department, said that it could not begin printing the stamp until June or July, if then.

With the end of the war, and with it the urgent need to motivate people to donate blood, together with the inability to schedule production, the project was allowed to die a natural death.

But the public was expecting the stamp, and many cachets were produced for first-day covers. When it became clear that there would be no stamp, many, if not most, of these cacheted covers were ultimately used as envelopes for personal correspondence.

Three examples are shown in Figure 2. Two are from 1945, and one was used in 1981 in conjunction with the 100th anniversary of the founding of the American Red Cross.

If you would like to read a complete exposition of this never-issued stamp, the story is told in more detail and with additional illustrations by James H. Bruns in an article in the November 1989 issue of the United States Specialist (the journal of the Bureau Issues Association, later renamed the United States Stamp Society).

Bruns was curator of the National Philatelic Collection at the time. This article, titled “War and Peace Models,” also addressed the misbegotten effort to produce a Peace stamp in 1914 to celebrate the 100th anniversary of friendly relations between the United States and Great Britain.