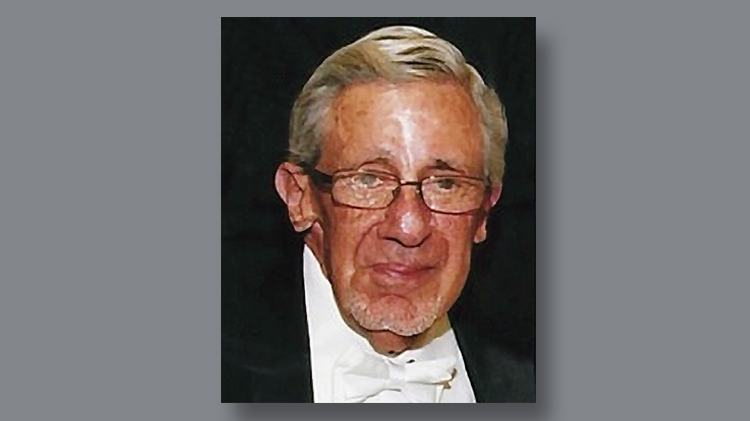 George Jay Kramer, a prominent philatelic researcher, has been named as the 2018 recipient of the Lichtenstein award for service.

One of America’s most accomplished collectors, exhibitors and philatelic researchers has been selected to receive the 2018 Alfred F. Lichtenstein memorial award for distinguished service to philately.

George Jay Kramer, a longtime chairman and trustee of the Philatelic Foundation, “excelled in the four major areas considered when evaluating all candidates,” wrote Cheryl Ganz and Stephen Reinhard, in announcing the award in the January-February issue of The Collectors Club Philatelist.

Ganz, the former chief curator of the Smithsonian National Postal Museum, was the 2016 recipient of the Lichtenstein honor. Reinhard, the immediate past president of the American Philatelic Society, was the 2017 Lichtenstein award winner.

The journal is a publication of the Collectors Club of New York, which bestows the prestigious award.

The four areas of excellence cited by Ganz and Reinhard are philatelic leadership, philatelic research and scholarship, exhibiting and collecting achievement, and previous awards and honors.

Along with his leadership of the Philatelic Foundation, Kramer is cited as “a trailblazer in new exhibiting methodology” and a leader in numerous stamp hobby organizations and activities.

He has served as an APS-accredited philatelic judge, and as the United States commissioner to philatelic exhibitions overseas and to the Washington 2006 world stamp show.

In 2011, Kramer donated $100,000 to support the expansion of the Smithsonian’s National Postal Museum and the creation of the William H. Gross Stamp Gallery, and donated for display the July 4, 1776, John Hancock cover postmarked on that date and sent via the Constitutional Post.

He also provided a $100,000 gift to the APS to name the George and Carole Kramer Gallery at the American Philatelic Center in Bellefonte, Pa.

Kramer is co-author, with Richard C. Frajola and Steven C. Walske, of The Pony Express: a Postal History (2005), and he also authored United States Telegraph Stamps and Franks (1992).

The research he has accomplished to create his many award-winning exhibits has been shared with collectors everywhere, not only when the exhibits are displayed, but in his donation of photocopies of the exhibits to facilities such as the American Philatelic Research Library.

His exhibits have achieved both national and international success. The eight-frame “United States Domestic Mails, 1776-1869” won the grand prix national award at the Pacific 97 show, the American Philatelic Society’s Champion of Champions competition in 2003, a grand prix in Australia in 2005, and the grand prix d’honneur at the Brasiliana international stamp show in Rio de Janeiro in 2013.

When Kramer’s Wells Fargo & Co. collection was sold in 1990, the introduction to the auction catalog by Robert G. Kaufmann described him as a lifelong collector whose interests virtually span the philatelic globe.

“To say that George is enthusiastic about philately is an understatement. George seems to absolutely delight not only in the collecting but in the philatelic socializing he does on a worldwide basis.”

To this, Ganz and Reinhard added, “It is fitting that this true philatelic gentleman receive the 2018 Alfred F. Lichtenstein award.”

The Lichtenstein award is named for Alfred F. Lichtenstein (1876-1947), who in 1996 was named the outstanding American philatelist for the first half of the 20th century by the Collectors Club.

The first award was given to Theodore E. Steinway in 1952.

Founded in 1896, the Collectors Club promotes the stamp hobby and the study of philately.