Ghana was first with a Maya Angelou stamp, issued in 1998 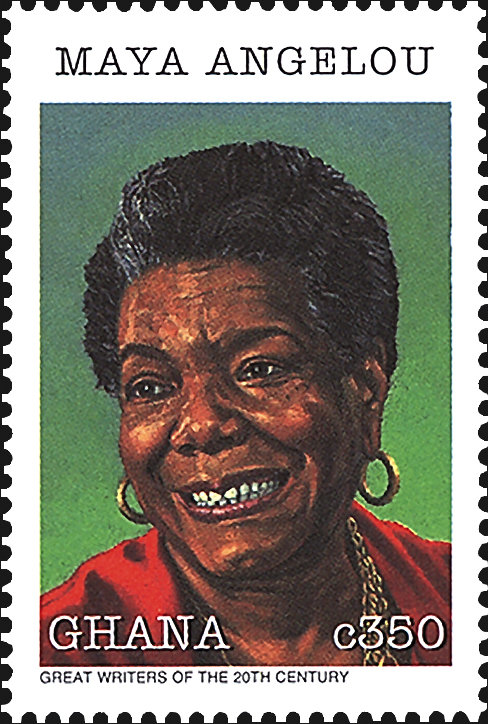 Ghana honored Maya Angelou on a stamp issued in 1998. The author and poet had lived in Ghana in the 1960s.

The United States Postal Service announced Feb. 23 that it would issue a forever stamp for Maya Angelou (1928-2014). This will not be the first stamp to honor the author and poet, the West African nation of Ghana commemorated her on a stamp issued 17 years ago.

All 12 stamps were the idea of E. Ethelbert Miller, director of the African American Resource Center at Howard University, who worked with the philatelic agency Inter-Governmental Philatelic Corp. to get them issued.

Angelou attended a ceremony honoring these stamps from Ghana and Uganda Nov. 13, 1997, at the Smithsonian Institution in Washington, D.C.