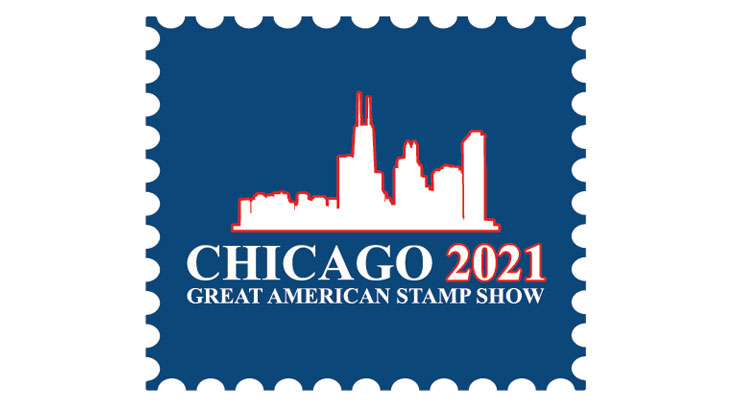 Highlights include a bourse (sales area) of more than 75 dealers from the United States and overseas offering stamps, postal history and supplies; a cachetmakers’ bourse; more than 800 frames of competitive exhibits; and meetings and seminars covering a wide array of topics.

The grand-award winners of exhibitions at World Series of Philately shows held during the past year will compete in the Champion of Champions competition.

Dozens of societies will have a presence at the show, and most of them will have a booth in addition to hosting meetings and activities.

Attendees will have ample opportunities to meet fellow society members and join those philatelic groups that cater to their interests.

Among the rarities to be displayed at the show is a United States 1918 24¢ carmine rose and blue airmail stamp with inverted center (Scott C3a). This famous error is known to collectors far and wide as the Jenny Invert.

The United States Postal Service, a co-sponsor of Great American Stamp Show, will have a large booth at the show and will be offering current U.S. stamps and other products for sale.

Three first-day ceremonies are scheduled during the show. All three ceremonies will take place Thursday, Aug. 12, on the show floor next to the USPS booth.

The ceremony for the three souvenir sheets celebrating the centennial of the birth of renowned stamp engraver Czeslaw Slania will be held at 1 p.m.

Martin Morck, the engraver of the sheets, will be in attendance and available for autographs.

The sheets are a joint issue of the Faroe Islands, Greenland and Denmark.

The United Nations Postal Administration will issue its $1.80 Mother Teresa stamp at 3 p.m.

Amos Media Co., which publishes Linn’s Stamp News and the Scott catalogs, will have a booth at the show. Members of the Linn’s and Scott editorial staffs, including Linn’s editor-in-chief Jay Bigalke, Linn’s editor Michael Baadke and Scott senior editor Martin Frankevicz, will be available at the booth at various times during the show.

According to the show website, all of the rooms blocked for show attendees at nearby hotels are full.

For more information about the show, including preregistration instructions, visit the show’s website.