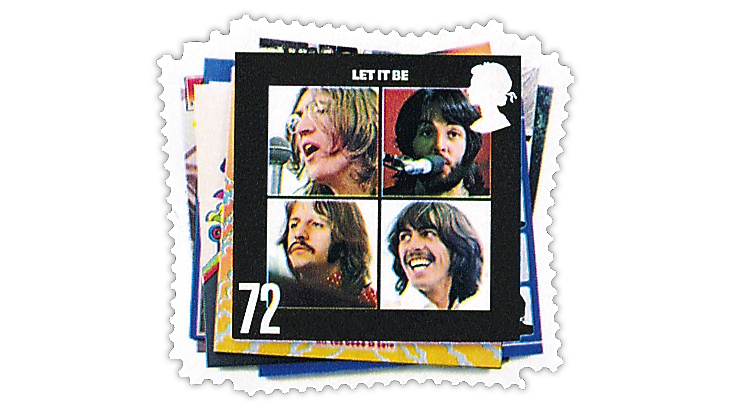 A bearded Paul McCartney is pictured on the Let It Be album cover shown on this 72-penny stamp issued in 2007 by Great Britain’s Royal Mail. On May 28, Royal Mail will honor McCartney on a new set of stamps.

Great Britain’s Royal Mail will feature Paul McCartney, classic science fiction and the legend of King Arthur on stamps to be issued this year.

A set of stamps to be issued Feb. 16 will honor the television program Only Fools and Horses.

A month later, on March 16, the Legend of King Arthur stamps will be released. This set will be followed by an April 15 issue celebrating classic science fiction.

Issues for the month of May include a commemoration of the Wars of the Roses on May 4, and the Paul McCartney stamp set on May 28.

An Aug. 12 set of stamps will commemorate industrial revolutions.

A Sept. 2 issue will show British army vehicles, and the subject of a Sept. 17 issue will be announced later.