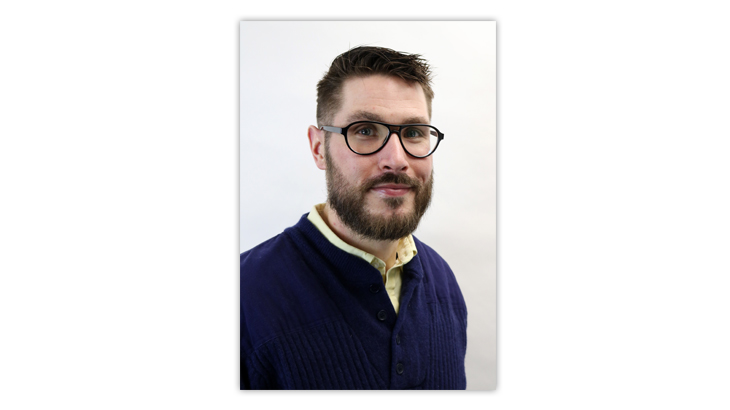 We are pleased to announce that David Hartwig has joined the Linn’s Stamp News team as an associate editor. Hartwig started work last fall and has assumed various roles with the publication, including working with the design team to layout Linn’s.

He also has been writing a number of new-issue articles and editing feature articles.

Hartwig grew up surrounded by extended family in a small town in western Ohio. After high school, he attended the University of Toledo, studied English literature and anthropology, and ultimately received a master’s degree in English literature.

In the years after graduation, he spent time teaching college writing courses, working as a greenhouse grower and editing content for a marketing department.

Since learning about the stamp world, he has started a modest worldwide stamp collection, which has led to a fascination with early French definitives. He is also looking for postal history from his hometown area and first-day covers for literary subjects.

Outside of stamp collecting, Hartwig enjoys reading and exploring nature.