U.S. Stamp Notes: Hoping to hit the jackpot with the 1923 2¢ Harding issue 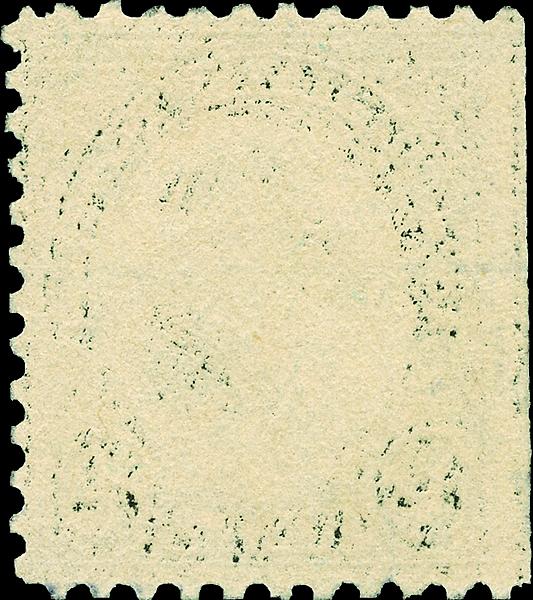 Figure 2. An example of offsetting sometimes seen on flat-plate printed stamps. Note that it is in the pattern of the design.

I’m glad to have this long-neglected project finally completed, but frustrated that I did not get the brass ring.

An example of Scott 613 is shown at left in Figure 1, together with the common Scott 610, which it resembles, at right.

It is a certainty that there are additional examples of Scott 613 lurking, unidentified, among United States collections. Only 50 or so are known at this point, but I am sure more will be found.

It occurs to me that it might be useful to review for Linn’s readers the characteristics that differentiate Scott 610 (valued at 25¢ used) from Scott 613 (valued at $40,000 used).

No mint examples of the scarce variety are known.

The listing in the Scott Specialized Catalogue of United States Stamps and Covers is a good starting point. The catalog notes that the design of the flat-plate variety measures 19¼ millimeters by 22¼mm.

Because of the way the images were stretched when the plates were bent (or curved) to form the semicircular plates attached to the rotary drum, the rotary-press variety measures 19¼ by 22½mm.

But sometimes the difference is even less than ¼mm. There can be some variation resulting from paper stretch and shrinkage. The 22¼mm length for flat-plate examples and the 22½mm measurement for rotary-printed stamps are averages.

It is important to remember that authenticated rotary-printed stamps measure as short as 22.375mm but will always be longer than 22¼mm.

A good way to check for this characteristic is to cut a damaged gauge 11 flat-plate stamp in half vertically. Take the left-hand piece and use it to identify stamps that are long enough to be rotaries by placing the half-stamp against your gauge 11 candidates.

Anything longer than the flat-plate stamp needs to be checked further.

How did Scott 613 happen? All rotary press production was supposed to be perforated gauge 10 by 10, and the vast majority, listed as Scott 612, were.

But a few were put through the gauge 11 perforators. The fact that some were finished incorrectly was not noticed until 15 years after the issue, in 1938, and collectors have been on the lookout ever since.

Fewer than 50 examples are known, with a strip of three being the largest-known multiple. Scott values the strip at $175,000.

Once you have identified a candidate based on length, what else do you look for?

First, the known examples are notoriously poorly centered. The perforations touch a frame line or cut one in most cases, though there are a few where the perfs clear the design on all four sides.

The second thing to watch for is the back of these stamps. Flat-plate printed stamps sometimes have light-to-heavy offsetting of the design on the back, the result of one sheet of freshly printed stamps being laid on top of the next while the ink was still wet. An example is shown in Figure 2.

While this can also happen on rotary stamps, it is infrequent and from a different cause. If there is ink transferred on the back of rotary stamps at all, it will be lighter than the strong, linear and clear reverse image of the flat-plate offset. It will take the form of tiny dots with no recognizable design pattern.

Finally, a high percentage of the rotary-printed stamps exhibit a gray patina and the color seems less crisp. Here again, comparing with known examples of Scott 612 will give you a benchmark for evaluating the color.

The reason for the patina is that the manual process of wiping excess ink from the flat-plate surface was replaced by an automated system for the rotary-press printing. It could work as well as a hand wiping but often did not, leaving a residue on the rotary plate that transferred to the imprinted areas of the stamp during printing.

If you have concluded that you have in hand an example of Scott 613, restrain yourself, as there is one more test. Submit the stamp to be expertized.

Once it comes back as an authenticated example, you can pop the cork on your champagne, as you will have indeed hit the jackpot.

Thanks to Linn’s reader Larry Cohen, who as the leading authority on the 2¢ Harding, educated me about Scott 613.