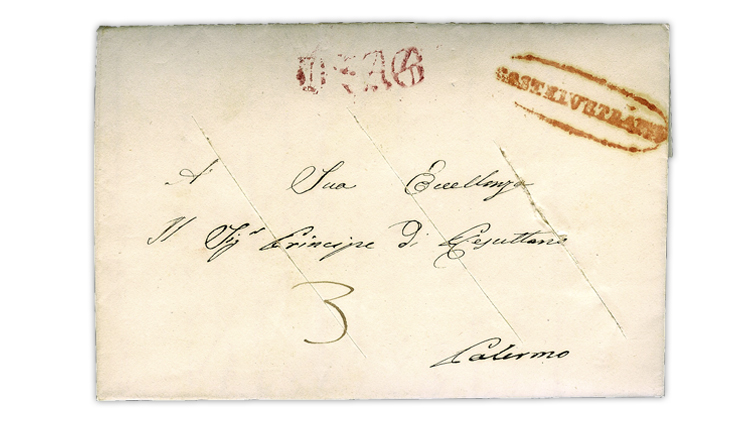 In Unveiling Classic Stamps in the June 15 issue of Linn’s Stamp News, Sergio Sismondo serves up the second part of his two-part exploration of mail disinfection. This installment focuses on postal operations during the cholera outbreaks of the 19th centu

The June 15 monthly issue of Linn’s Stamp News just landed on the presses and goes in the mail to subscribers Monday, June 1. And if you subscribe to Linn’s digital edition, you’re at the head of the line with early access Saturday, May 30. While you wait for your issue to arrive your mailbox, enjoy these three glimpses of exclusive content available only to subscribers.

During the course of an 80-year span in the 19th century, five cholera epidemics ravaged populations worldwide. Sergio Sismondo, in Unveiling Classic Stamps, brings to Linn’s readers the second of his two-part review of mail disinfection, which emphasizes postal operations during this tumultuous time. More than a dozen items of postal history and related documents are used to demonstrate how mail was chemically treated to combat the spread of the disease. Sismondo also provides an in-depth look at the development of a sanitary cordon that employed quarantine stations and other measures to keep people safe during travel between countries.

In Philately of France, Larry Rosenblum offers this opening observation: “World War II for France was a story of tragedy, heroism, suffering, persistence, and finally victory. The war had enough twists and turns, heroes and villains, successes and tragedies to merit numerous stamps.” Rosenblum then takes readers on a philatelic journey that highlights how France’s collective memory of the second global war affected the subjects portrayed on its stamps. The entire column makes for an excellent read. Don’t miss it.

First postal issue of the People’s Republic of Kampuchea

The People’s Republic of Kampuchea was established Jan. 8, 1979, but the republic didn’t issue its first stamps until 1980. Covering the World columnist Ken Lawrence highlights that philatelic first via a cover that he describes as follows: “The franking on the illustrated cover comprises a complete set of four of the January 1980 issue. It was mailed Jan. 28, 1981, at Phnom Penh, addressed to Lund, Sweden. On the back is a Feb. 2 transit datestamp of Ho Chi Minh City (formerly Saigon) Vietnam.” Lawrence also notes that these stamps are “seldom seen” on cover. If you’re a fan of modern postal history, be sure to read the whole column.