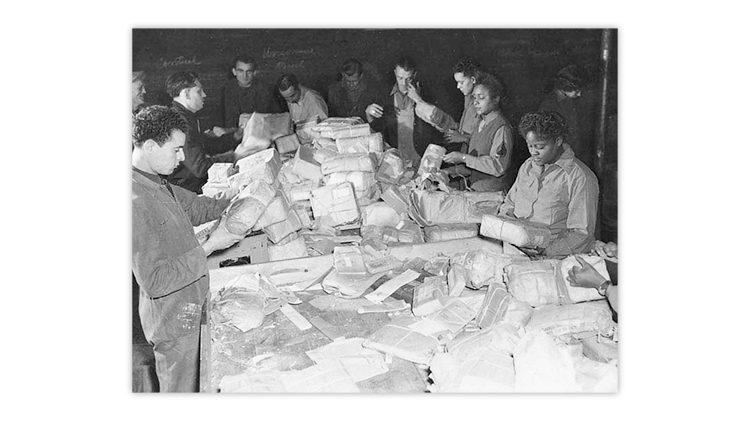 The Aug. 29 issue of Linn’s Stamp News just landed on the presses and goes in the mail to subscribers Monday, Aug. 15. And if you subscribe to Linn’s digital edition, you’re at the head of the line with early access Saturday, Aug. 13. While you wait for your issue to arrive in your mailbox, enjoy these three quick glimpses of exclusive content available only to subscribers.

Linn’s Washington Correspondent Bill McAllister tells the inspiring story of the United States Army’s 6888 Central Postal Directory Battalion, an all-Black, all-female unit that was sent to Europe during World War II to sort through a massive backlog of mail to U.S. service members on the European continent that had piled up at various warehouses. Several of the battalion’s living members are being honored with the Congressional Gold Medal for their work, including Romay Davis, 102, the oldest surviving member of the unit known as the Six Triple Eight. This is a story you don’t want to miss.

“In 1987, the Expo of the Kingdom of Saudi Arabia: Yesterday and Today was shown in Cairo, Egypt. Saudi Arabia’s government issued two commemorative stamps (Scott 1047-1048) to celebrate this event,” writes Ghassan Riachi in Middle East Stamps. Before delving into the production details of this attractive pair of stamps, which were issued on the opening day of the expo in Cairo, Riachi provides readers with a review of the expo’s genesis and evolution before it arrived in Cairo. As Riachi puts it, “The Saudis felt like they had made great strides, and they wanted to find a way to highlight their success. What better way to showcase the boom than to present an expo?” Riachi describes the designs in great detail and observes that the stamps have modest values in the Scott catalog, with a mint, never-hinged set valued at $2.40 and a used valued at $1.05. Postal history of these stamps, both commercial and philatelic, is available.

In each weekly issue of Linn’s, either E. Rawolik VI or E. Rawolik VII dissects the contents of a stamp mixture offered to collectors. E. Rawolik is a pseudonym that is also the word “kiloware” (a stamp mixture) spelled backward. This week, E. Rawolik VII takes on a mixture of recent worldwide stamps from a dealer in Indiana. Of the 31 countries represented in the reviewed sample of 54 stamps, Denmark, Japan and Sweden had three stamps each; the remaining 28 had one or two stamps each. Among the stamps that caught our reviewer’s eye was a 17-krone Christmas stamp from Norway issued in 2010, making it the most recent issue in the batch. Among the topical subjects were stamps picturing birds, air travel and flowers. Enjoy the full review in this issue.