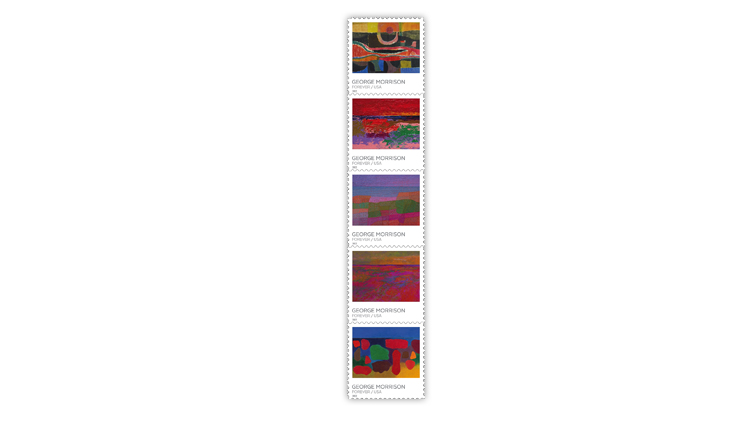 The United States Postal Service will issue the five George Morrison commemorative forever stamps on April 22 instead of the originally scheduled date of April 29.

The March 10 issue of the Postal Service’s Postal Bulletin gave April 22 as the new issue date.

“Due to various scheduling challenges with involved parties, the FDOI [first day of issue] date for the George Morrison Forever stamps has been moved to April 22, 2022. The location will remain the same,” McKean said.

The USPS plans to issue the stamps in Grand Portage, Minn., which is close to where Morrison lived and worked.

The March 10 Postal Bulletin called Morrison “one of the nation’s greatest modernist artists” and “a founding figure of Native American modernism.”

The George Morrison commemorative forever stamps will be issued in five designs on pressure-sensitive adhesive (PSA) panes of 20. The designs will show five of Morrison’s abstract landscapes, according to the Postal Service.