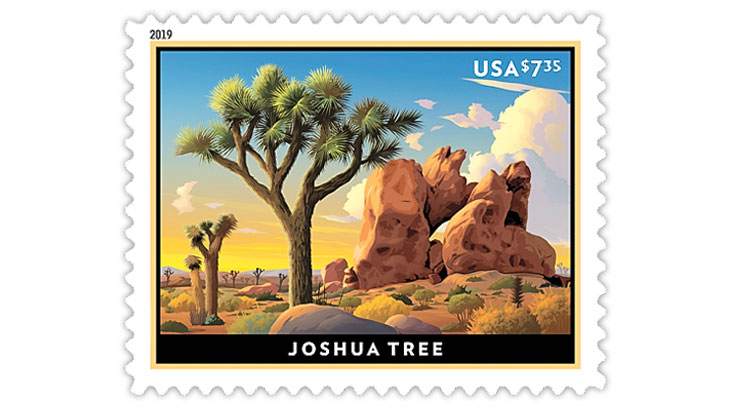 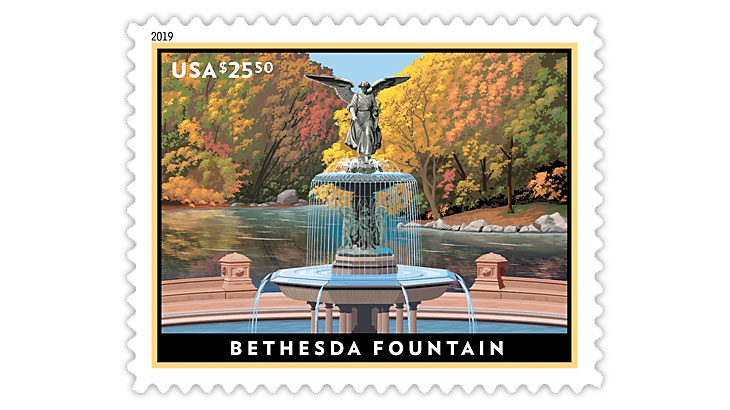 The $25.50 Bethesda Fountain stamp issued Jan. 27 has the largest face value of any United States postage stamp in history. 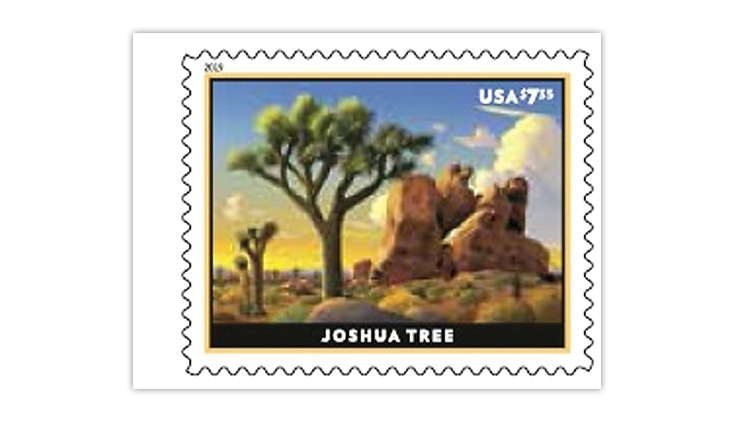 A new stamped envelope for Priority Mail will include a $7.35 Joshua Tree imprinted stamp similar to the adhesive postage stamp. 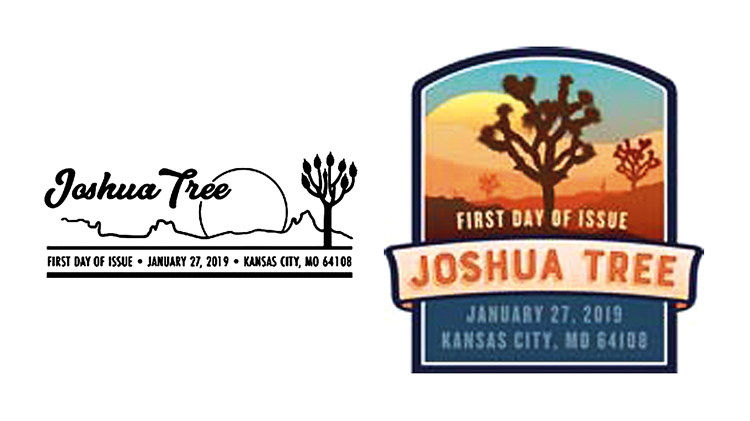 The black and color versions of first-day cancels for the Joshua Tree stamp display different scenes. 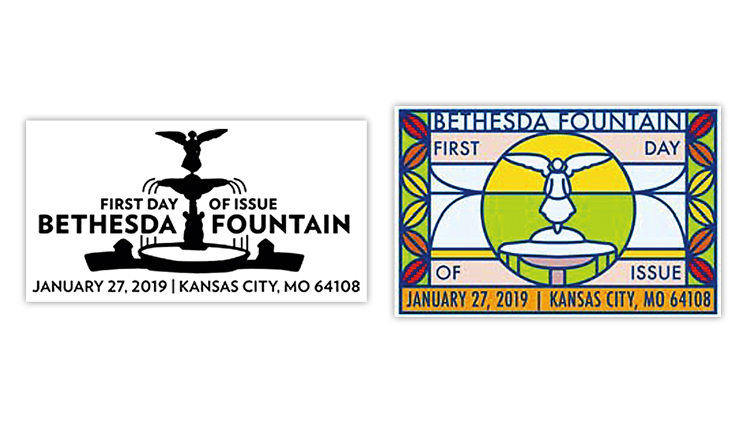 The flat rates for expedited mail are both increasing on that same Sunday (as is the domestic letter rate).

Although there is no first-day ceremony planned for these new issues, Kansas City, Mo., has been named as the official city of issue, despite the fact that the Joshua tree is found only in the desert southwest, and the Bethesda Fountain is in New York City.

The Sunday issue date presents a challenge for first-day cover collectors who prefer a first-day cancel from the location pictured on the stamp rather than the underground warehouse from which the stamps are distributed.

The new stamps are part of the ongoing American Landmarks series of high-denomination stamps. The series began in 2008 with two stamps commemorating Mount Rushmore and the Hoover Dam (Scott 4268-4269).

Each stamp in the series has retained a design consistency with polished poster-style illustrations by Chicago-based artist Dan Cosgrove. Over the years, the series has depicted some of America’s more famous locations, and others that are lesser known, including the Old Faithful geyser in Yellowstone National Park, the Columbia River Gorge that runs through Washington and Oregon, and the stately Gateway Arch in St. Louis, Mo.

The new stamps are the 21st and 22nd in the series. The stamped envelope is the 12th such issue to share its stamp design with a Priority Mail stamp in the series.

The Joshua Tree stamp celebrates “the desolate beauty of the Joshua tree (Yucca brevifolia) and its distinct desert environment,” according to the U.S. Postal Service.

The stamp design features what the Postal Service identifies as a common scene throughout much of the Mojave and Sonoran deserts. The Joshua tree grows wild in California, Nevada, Arizona and the southwest corner of Utah.

The fast-growing tree is a succulent, a member of the Agave family that sprouts prickly evergreen leaves and, in the early spring, pale rounded flowers.

Along the southern edge of the lake in the midst of New York City’s sprawling Central Park is Bethesda Terrace and its large Bethesda Fountain.

The new stamp shows a stylized depiction of the fountain with the lake in the background. The trees along the shoreline display an array of bright autumn colors.

“Dedicated in 1873, the fountain is a gathering place beloved by New Yorkers and out-of-town visitors alike,” the Postal Service said.

Created by Emma Stebbins, the fountain’s statue is named Angel of the Waters. The New York City Department of Parks and Recreation reports the fountain is 26 feet high and 96 feet in diameter, making it one of the largest fountains in New York.

Pictorial postmarks in black and in color have been prepared for both of the stamp issues. Though USPS-prepared FDCs have not been announced, it is likely these postmarks will be featured on Postal Service FDCs.