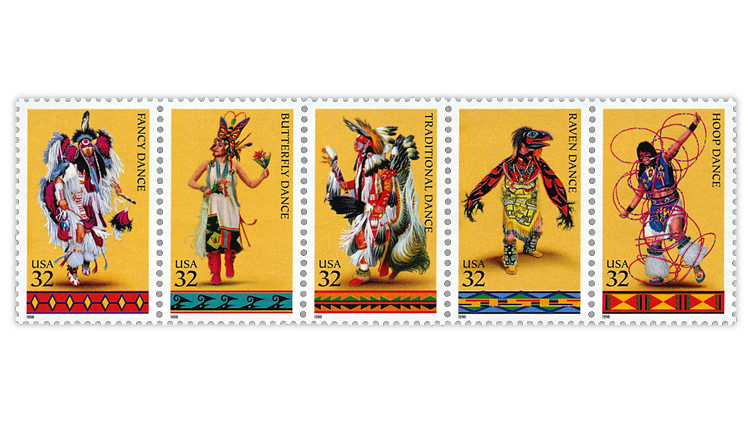 Figure 1. The illustrations shown on the five American Indian Dancers stamps were painted from photographs of actual dancers, four of whom have been identified. The stamps were issued June 7, 1996. 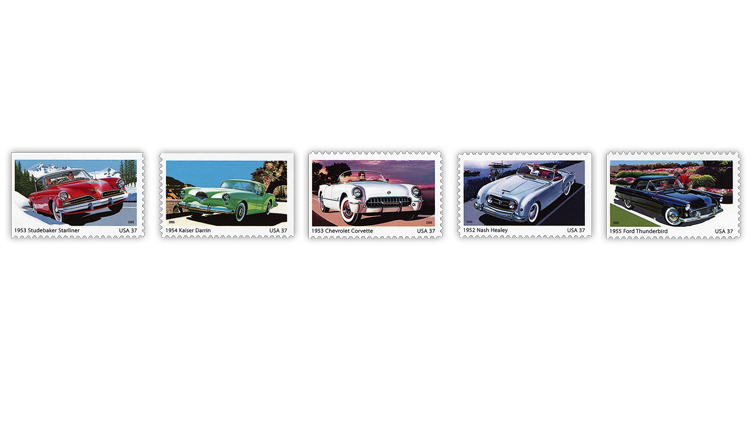 Figure 2. Several people can be seen in the designs of the five Sporty Cars of the 1950s stamps issued Aug. 20, 2005. At least two of the designs (the 1952 Nash Healey and 1955 Ford Thunderbird) are partially based on photographs of the same living models. Their names are not known. 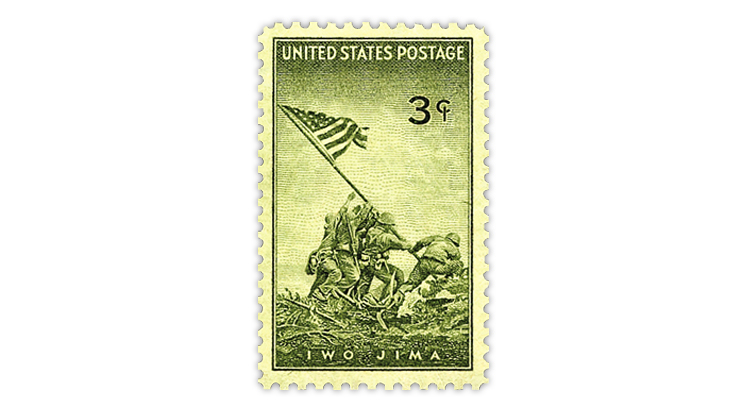 Figure 3. The men pictured on this 1945 3¢ stamp honoring the Marine Corps and the Battle of Iwo Jima were photographed during the second flag raising on Iwo Jima. The names of the participants were not recorded in the moment. Over the years, three changes to the original official record have been made, the most recent in 2019.
Previous
Next

Over the years, I have made an effort to collect information about and report instances of living people being portrayed on United States stamps.

There are more than 75 stamps in this category. All of them arguably contravene the 1866 statute that provides “That no portrait or likeness of any living person hereafter engraved, shall be placed upon any of the bonds, securities, notes, fractional or postal currency of the United States.”

This provision has not been repealed, but the U.S. Postal Service has long maintained that it intends to prohibit the honoring of living people and that the USPS is free to portray identifiable living people if they are incidental to the event being commemorated or if images used are based on models.

In fact the Postal Service instructs artists that they must alter the features of models used in stamp art. Sometimes they have complied; other times not so much.

I have some new additions to the list and a correction.

The American Indian Dances issue of 1996 includes five different 32¢ stamps (Scott 3072-3074) as shown in Figure 1. The images were painted by Keith Birdsong, an illustrator from Muskogee, Okla.

According to the 1996 Linn’s U.S. Stamp Yearbook by George Amick, Birdsong “based each of his illustrations on a color photograph of an actual dancer, revising the facial features and some of the details of makeup and costume to conform to U.S. law against picturing a living person on a postage stamp.”

Also according to the Yearbook, here is the rundown on who appears on which stamp.

Starting on the left in the se-tenant (side-by-side) strip of five in Figure 1, the Fancy Dance stamp shows an Oklahoma dancer, who had not been identified when the Yearbook went to press.

The image on the Butterfly Dance stamp is based on a photo of Cassie Soldierwolf, an Arapaho and a member of the American Indian Dance Theatre.

The dancer on the Traditional Dance stamp in the center of the strip is Pat Moore, a Pawnee, of Pawnee, Okla. He said he did not give permission for use of his image on the stamp and was threatening a lawsuit at the time of the publication of the Yearbook.

My research on the internet failed to disclose how the Moore claim was resolved.

Pictured on the Raven Dance is Nathan Jackson, a Tlingit Indian master carver and performer.

Figure 2 shows the five stamps (Scott 3931-3935). Seven people can be seen inside the cars, plus one person is standing next to a car on the Ford Thunderbird stamp.

According to the 2005 Linn’s U.S. Stamp Yearbook, at least some of the figures were based on photographs of models, though they are unnamed.

The designer of the stamps, Art Fitzpatrick of Carlsbad, Calif., “painted” most of the cars, the settings and at least four of the people on his computer, starting with scanned-in photographs. Only the Studebaker Starliner was painted the old- fashioned way.

Finally I want to correct the record regarding the 1945 3¢ stamp honoring the U.S. Marine Corps and the Battle of Iwo Jima (Scott 929) shown in Figure 3.

The central design of that commemorative is based on the iconic photograph by Associated Press photographer Joe Rosenthal of the second flag raising on the summit of Mount Suribachi on Feb. 23, 1945. The first flag raising used a smaller flag.

Retired Marine Corps Maj. Ted Bahry, in an article titled “Uncommon Valor Revisited: Iwo Jima & the Stamp” in the February 2015 issue of the American Philatelist, tells the story of why there was a second flag raising:

“A short while later [after the first flag had been raised], Lt. Col. Chandler Johnson, the battalion commander of the Marines who had raised that first flag decided to replace it with another one. Why? The Secretary of the Navy was coming ashore and the word went out that he wanted that flag.

“Lt. Col. Johnson (later killed in action on Iwo) had other ideas. He sent a runner down to the beach to get another flag so his unit could keep the first one they had raised. As an afterthought as the runner was leaving for the beach, the battalion commander yelled out to him to try to get a bigger flag.”

The one obtained and brought up the mountain came from the ship LST (Landing Ship Tank) 799.

Rosenthal’s photograph of the second flag raising is the one that was released to the public. The names of the six flag raisers were not recorded in the moment, so the Marine Corps had to retroactively determine who was involved.

In 1947 the Marine Corps announced that Cpl. Harlan H. Block was shown in the photograph rather than Hanson.

In the last several years, historians, military investigators and the FBI have concluded that the original identifications were in error for two more of the men.

In 2016 the Marine Corps confirmed that Pfc. Harold Schultz was the man that had been misidentified as Bradley, and in 2019 announced that the man previously thought to have been Gagnon was actually Cpl. Harold Keller.

Since the original identifications, which participant was in what position in the photograph has also been the subject of controversy, and several revisions have been made over the years. The story is both confusing and too long to include here. If you would like to look into that history, you may want to consult the “Raising the Flag on Iwo Jima” entry on Wikipedia.

Of most importance is that the Marine Corps has been scrupulous about trying to get right the names of those who are shown in the photograph, and the list now appears to be final and complete.