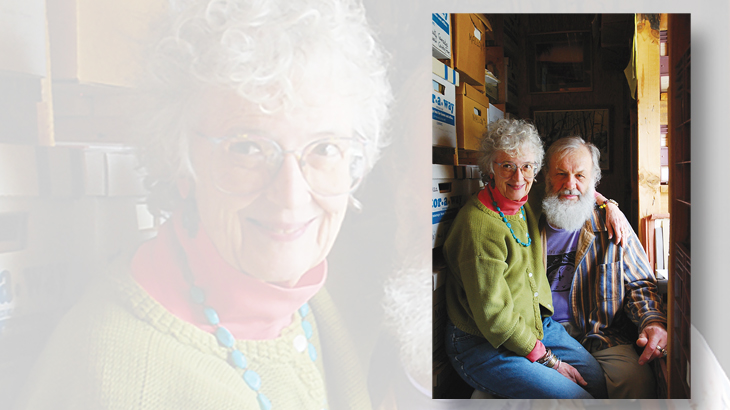 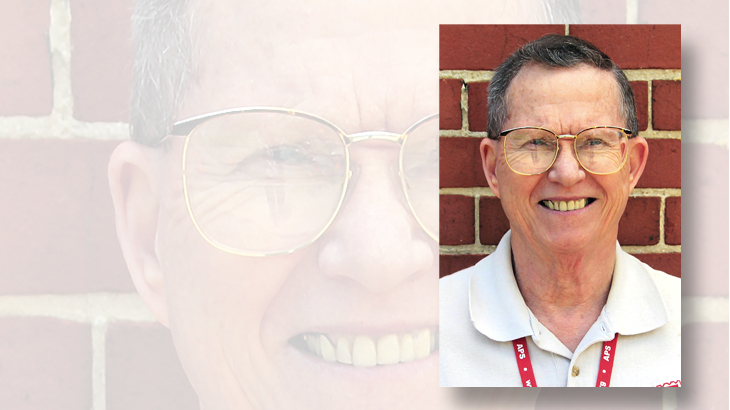 Dennis Gilson is the 2016 Luff award winner for outstanding service to the American Philatelic Society. 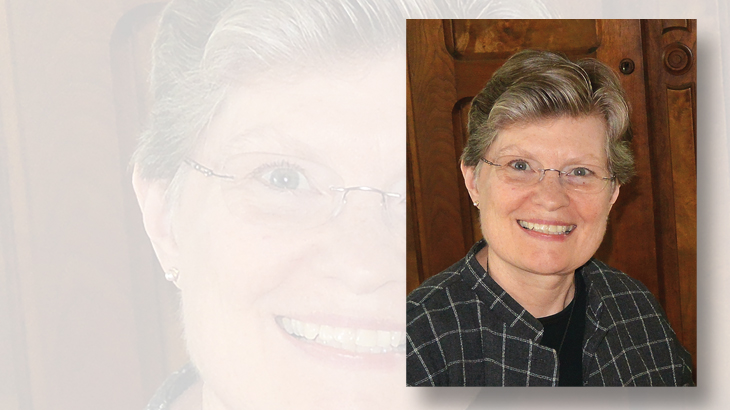 Cheryl R. Ganz is the 2016 recipient of the Luff award for exceptional contributions to philately.
Previous
Next

The Luff awards were established in 1940 in memory of John N. Luff (1860-1938), the former APS president and Scott catalog editor who was considered the most prominent American philatelist of his era. The awards are given for meritorious contributions by living philatelists and are given annually at Stampshow. This year’s award presentation will take place August 4 at the APS/APRL Tiffany Dinner 2016. Ticket details are available online at stamps.org/ss-function-tickets.

Ganz is the 2016 recipient of the Luff award for exceptional contributions to philately.

A 40-year member of the APS, Ganz is a Smithsonian Institution curator emerita following her retirement as chief curator of philately at the Smithsonian’s National Postal Museum and as lead curator of the William H. Gross Stamp Gallery, the world’s largest postage stamp gallery.

She currently serves as vice-chair on the United States Postal Service’s Citizens’ Stamp Advisory Committee, which selects subjects and approves designs for U.S. postage stamps. She has served the APS as a literature judge and on its ethics committee, and has served as a board member of the annual Napex show held in Virginia.

Her exhibits, research, writing, and speaking engagements often focus on her specialty of zeppelin posts and memorabilia, especially from U.S. airships, the 1933 Graf Zeppelin Chicago flight, and the Hindenburg. She was the first exhibitor to win a World Series of Philately grand award for a display division exhibit. She edited The Zeppelin Collector for 37 years and has been a contributor to the Michel Zeppelin specialized catalog.

The APS announcement said, “Her lifelong philatelic outreach at local, national, and international levels engages a vast spectrum of collectors from specialists to new audiences.”

Ganz has given talks, seminars, and presentations at many philatelic venues, including the Collectors Club of New York, the Royal Philatelic Society London, and the Blount Postal History Symposia.

The announcement also said, “[Ganz] has served as a role model for women in the hobby. Cheryl is a charismatic promoter of the hobby using both the written and spoken word.”

Ganz earned a PhD in U.S. history from the University of Illinois at Chicago. Her books include The 1933 Chicago World’s Fair: A Century of Progress and Every Stamp Tells a Story: The National Philatelic Collection. Her national exhibit publications include “Delivering Hope: FDR & Stamps of the Great Depression”; “Fire & Ice: Hindenburg and Titanic”; and “Favorite Finds; Pacific Exchange: China & U.S. Mail.”

Harris and DeBlois are the 2016 Luff award winners for distinguished philatelic research.

Harris joined the American Philatelic Society in 1966 while in graduate school, and started a stamp club in State College, Pa. His first philatelic research article on the first postal card was published in Stamps. He became a full-time dealer in postal history and ephemera in 1973.

When DeBlois joined Harris in 1979, as a writer and editor in other fields, she helped him restart P.S. A Quarterly Journal of Postal History, the house organ of aGatherin’. She took over as editor with Volume II in 1980. Her first major research article was on the Collins Overland Telegraph. This research journal continued for more than 60 issues, to 1993.

In 2000, DeBlois and Harris became editors of the Postal History Journal, for which they won the American Philatelic Congress’ Diane D. Boehret awards in 2004 and 2014. The couple, separately and together, have written on a broad range of subjects for other philatelic and collecting periodicals, and both have been inducted in the Philatelic Writers Hall of Fame.

As a team, DeBlois and Harris have engaged in long-term postal history research projects and expanded the field. The first catalog of aGatherin’, Ephemera, was published in 1975.

They particularly focus on sourcing postal history from government reports.

They have taught six different courses on postal history at the American Philatelic Society’s Summer Seminar. They have made joint presentations at the Postal History Symposia, co-sponsored by the American Philatelic Research Library and the Smithsonian’s National Postal Museum. They co-wrote the follow-up papers, which include: “The Gold Mine of Official Register Data” (2006); “1845 Cultural Nexus in Transportation and Communication” (2007); “Morse Code V for Victory: Morale through the Mail in WWII” (2008); “The Sunday Mail Controversy Paves the Way for Postal Reform” (2009); “Hermes: Message and Messenger” (2010); “It’s in the Bag — The Shape of Turn-of-the-Century Mail” (2011); “Balancing the Books: Newspapers & the Postal Business of the Confederacy” (2012); and “Newspapers in the Mail: Strategic Postal Unification of the British American Colonies” (2016).

DeBlois and Harris presented “Modeling Postal History with Postal Numbers” for the Second International Symposium on Analytical Methods in Philately, held in Chicago.

From 1999 to 2010, DeBlois served as director of the Ephemera Society of America, for which she has also served as annual conference chair since 2005. From 2007 to 2012, Harris and DeBlois served on the research sub-committee of the museum’s Advisory Council

They share the Ephemera Society of America’s highest award, the Rickards award, for their continuing efforts at promoting understanding of the historical and cross-disciplinary importance of objects through well-researched, readily accessible, writings.

Dennis Gilson is the 2016 Luff award winner for outstanding service to the APS.

Gilson started collecting worldwide and United States stamps when he was about 10 years old. He stopped collecting after high school and then returned to the hobby at age 30.

After successful military and post-military careers, Gilson moved to State College in July 2000 to become the project manager for the Match Factory renovation project. After completing phases 1 and 2 of the Match Factory project and overseeing the move of the APS and the American Philatelic Research Library to Bellefonte, Pa., in May 2004, Gilson retired in January 2005 and became a volunteer for the APS and APRL.

Since 2001, he has been a member of the American Philatelic Expertizing Service (APEX) Expert Committee. His area of expertise is primarily the U.S. Washington-Franklin issues of 1908-1922. He recently completed a nearly two-year project to enable more than 54,000 APEX certificates to be placed in the APEX certificate archive on the APS website. The certificates are those with digital images and were from late 2003 until the new APEX programming software became operational in mid-2014. All new certificates since that time are automatically added to the archive.

Since 2005, Gilson has taught the four-day APS Summer Seminar course on the Washington-Franklins seven times. He also has presented the course in San Francisco at Westpex in 2008, Washington, D.C., at Napex in 2010, and in Minneapolis at the Minnesota Stamp Expo in 2011.

In addition to expertizing, teaching, and other volunteer tasks, Gilson participates in an online stamp forum and has represented the APS at many stamp shows throughout the country. He received a Century award plaque for sponsoring more than 100 new APS members.

The Luff awards will be presented to the recipients during the Tiffany dinner at 7 p.m. Aug. 4 at the DoubleTree by Hilton Hotel, Portland, Ore.