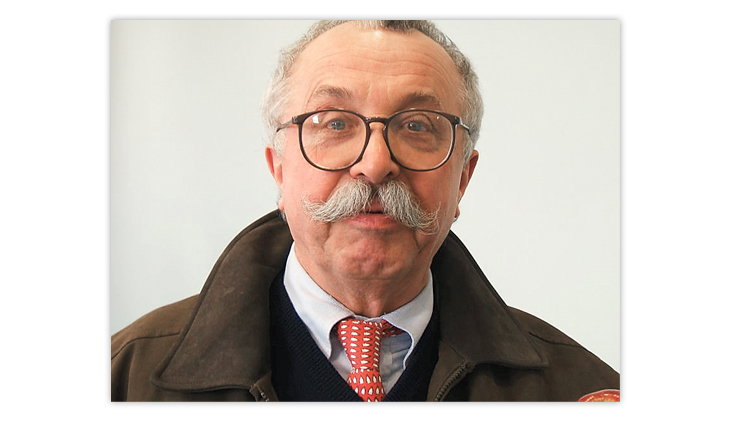 Laurence is currently editor-in-chief of the Chronicle of U.S. Classic Postal Issues, the quarterly journal of the U.S. Philatelic Classics Society.

“His philatelic literary accomplishments have influenced countless stamp collectors, researchers, writers, and editors,” the APS said in its announcement of the award. “His entire philatelic career is a testament to a guiding philosophy of expanding and sharing philatelic knowledge.”

Laurence left a 20-year editing and publishing career at Playboy Enterprises to head Linn’s Stamp News. During his 23 years at Linn’s, Laurence shaped the publication to increase its focus on classic material while still reporting the vital stamp news of the day and informing collectors about new issues of the United States and the world. He brought on respected contributors and columnists from all areas of the stamp hobby and sharpened the publication’s journalistic standards.

Laurence was instrumental in the company’s 1984 purchase of Scott Publishing Co., which brought the Scott catalog, its line of stamp albums and Scott Stamp Monthly to Sidney, and he launched the annual Linn’s U.S. Stamp Yearbook series.

A stamp collector since age 5, Laurence followed a suggestion from philatelic writer Herman “Pat” Herst to collect the United States 1869 10¢ yellow Eagle and Shield stamp (Scott 116). His exhibit of the stamp and its postal history won international gold medals and national awards.

Laurence also contributed research articles to the Chronicle and other philatelic publications, and edited the Collectors Club of Chicago’s publication of United States Mail and Post Office Assistant.

His book Ten-Cent 1869 Covers: A Postal Historical Survey was published in 2010 by the Collectors Club of Chicago.

Charles J. Peterson (1933-2009) was editor of the Philatelic Literature Review and the Chronicle of U.S. Classic Postal Issues (where he was succeeded by Michael Laurence). The annual award bearing his name is given to one individual whose work has furthered philatelic knowledge through philatelic literature.