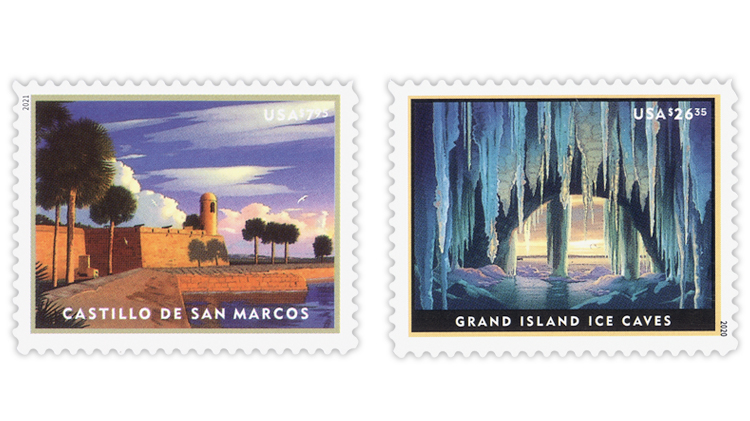 It seemed inevitable to me, but counterfeiters have moved on to producing fakes of some high-denomination United States stamps. I was surprised it took this long.

Pictured nearby are counterfeits of these two stamp issues. They were first found by a collector who received one used on a Priority Mail package. Mint examples were found after collectors bought examples on an online auction website.

I have said it in my column before: If it seems to be too good to be true for the price you’re paying for the stamps, they are probably not genuine.

Unfortunately these high-value stamps don’t go through the usual process of a machine reading the stamp and canceling it. It is left up to postal employees to know if a stamp is counterfeit, and outside of a few small details that I won’t go into in this column, they are hard to differentiate from the real stamps.

Perhaps some holographic foil or other printing technique is needed on high-denomination stamps the Postal Service might issue in the future.