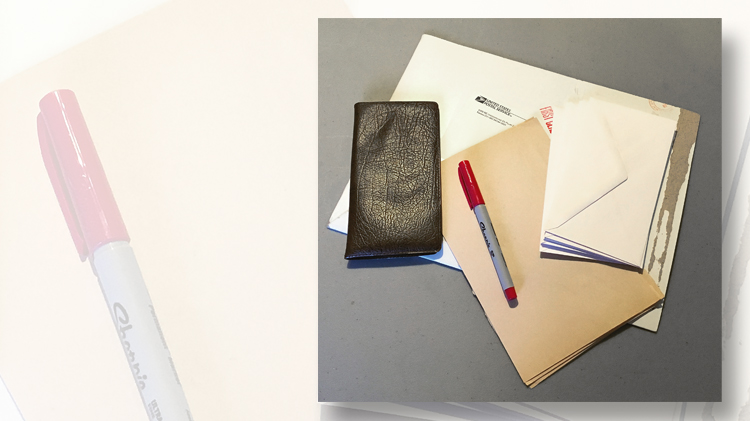 Some of the useful supplies you might take to a first-day ceremony: a checkbook (or extra cash), a fine-line permanent ink pen for autographs, absorbent paper for placing between freshly canceled covers, envelopes that can be used to create first-day cove

Most United States commemoratives and special stamps, as well as some definitive issues, have public events on the day that they go on sale: first-day ceremonies.

Some are organized by U.S. Postal Service headquarters, and others are arranged by local people, ranging from postal staff to interest groups.

Word has it that first-day sites for 2017 will be chosen with a wider geographic distribution than in the past, and with greater emphasis on the western United States.

We saw this change in partial practice in late 2016, when the Nov. 1 Hanukkah stamp ceremony was moved to Boca Raton, Fla., instead of in its usual New York City stamp-show location.

The Oct. 1 Kwanzaa ceremony was held in Charleston, S.C., and the Nov. 3 Nativity stamp ceremony was at a church in Washington, D.C.

Almost all U.S. first-day ceremonies have free admission (even when the event or venue to which they are attached charges admission), and those attending are not required to bring anything with them.

However, here are some suggestions for what collectors might want to take along.

First, of course, have cash, checks, or payment cards to buy the new stamps. The USPS also is likely to offer other philatelic products for sale at the ceremony, such as uncacheted first-day covers, press sheets, framed stamps, and so on. Nearby, you might find cachetmakers selling their own FDCs, both serviced and unserviced.

Second, bring envelopes or cards of your own for servicing as FDCs. Cacheted items are preferred, but cachets can be added later, if there isn’t time to prepare them in advance. Bring extras, because noncollectors or those who haven’t read this column might want to trade for or purchase what you have brought.

Savvy FDC collectors who attend first-day events keep a supply of good-quality envelopes, ready to use for stamps announced at the last minute.

Third, bring something sturdy and stiff in which to safely carry your collectibles. The postal clerks may or may not have large glassine envelopes, but even if they do, those aren’t very protective.

Fourth, have absorbent paper to put between your freshly postmarked covers and cards. Most on-site cancelers aren’t using quick-drying ink, and the postmarks on glossy paper could smear. Larger sticky notes also work well for temporary use.

Fifth, bring a good-quality, fine-point, permanent-ink pen for autographs. After the ceremony there is usually an autograph table where the dignitaries from the ceremony sit to sign ceremony programs, and they usually are supplied with permanent-ink marking pens. The key word here is “usually.”

Also, not all dignitaries participate in these autograph sessions, so you might have to chase some down and then provide a pen, or you might see a celebrity not involved in the ceremony whose autograph you want to obtain.

Along with having the proper supplies with you, have a keen eye — and use it.

Look for postmarks that won’t be offered by mail, such as the double-ringed red registry plug, which postal regulations state cannot be backdated. Watch the cancellation clerks at work; you might decide you want a particular clerk to handle your covers, or perhaps none of them at all.

If you plan to obtain autographs after the ceremony, see where the autograph line will be and perhaps take a seat near where it starts.

Be on the lookout for ephemera that might make a nice first-day collectible; for example, a brochure for the attraction at which the ceremony is being held and which is related to the stamp subject. But don’t be greedy — don’t clean out the rack or stack; take just one or a few.

Also watch for the programs that are handed out to those attending first-day ceremonies. Even if you don’t want them, another collector will.

As described in this column in Linn’s issue of Oct. 24, you might like to add additional stamps and cancels or autographs to your first-day ceremony program, to differentiate it from those that are sold or distributed well after the event.

Last but not least, come with an open mind and ears — it is amazing what you might learn at a first-day ceremony. At one event in 2015, for example, collectors learned how hard the Postal Service designers tried to make the subject attractive.

The best bit of surprising information, however, might have been from the January 2004 stamp ceremony in Norfolk, Va., for the 37¢ Snowy Egret stamp, when a local postmaster, reading a script prepared for him by USPS headquarters, let it slip that there would be a not-yet-announced John Wayne Legends of Hollywood stamp issued later that year!