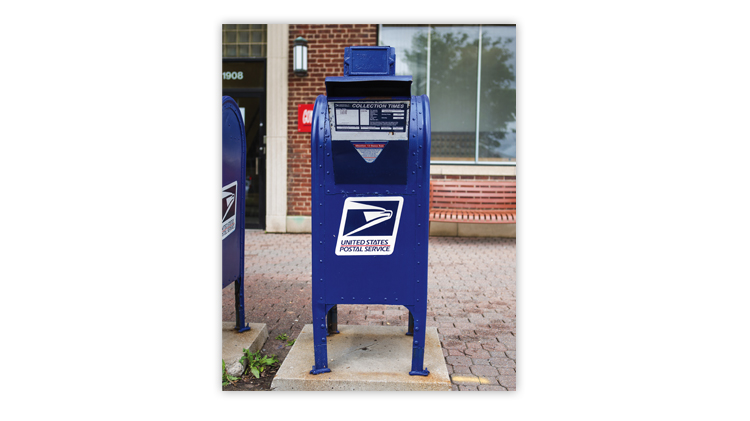 Numbers provided by the United States Postal Inspection Service confirm the sharp rise in mail thefts that has troubled members of Congress and postal officials.

The numbers, supplied to Linn’s Stamp News in response to a Freedom of Information Act request, show that carrier robberies jumped from 150 in calendar year 2020 to 261 in 2021, an increase of 74 percent. So far this year, they have grown by another 40 percent to 366, more than double the 2020 rate.

The number of stolen arrow keys — the universal keys used by postal workers to open mail collection boxes — has also grown, but less sharply, according to the Postal Inspection Service.

The Nov. 18 Postal Inspection Service report provided to Linn’s supports the concerns officials have expressed over what is described as gang-related attacks on postal workers to gain access to the arrow keys.

The problem has become so serious that the Postal Service has cautioned its customers in some areas to be careful when they place letters in blue collection boxes. The USPS has been urging customers not to place letters in boxes after daily collections have been made from those boxes and to take letters directly to post offices for mailing.

Asked to comment on the numbers, the Postal Inspection Service said it “can confirm a recent increase in robberies of USPS employees.”

“This increase occurred for several reasons, including the Covid-19 pandemic, growth in e-Commerce sales and greater awareness of the mail,” the Postal Inspection Service’s statement said.

“The safety and well-being of USPS employees is a top priority for the Postal Inspection Service,” the statement said.

“Postal inspectors respond to all reports of threats, assaults and robberies,” the Postal Inspection Service said. “Credible assaults and threats are further investigated and a case initiated.”

The Postal Police Officers Association has complained to Congress that its uniformed officers have been restricted to postal property and are not allowed to follow letter carriers into neighborhoods where postal workers have been robbed on their routes.

Frank Albergo, president of the Postal Police Officers Association, told Linn’s he expects the number of carrier robberies will hit 600 by the end of the year.

“The benching of the postal police force has had disastrous effects on the safety of letter carriers and the sanctity of the mail,” Albergo said in an email to Linn’s.

Lawmakers in the House of Representatives are making a run at requiring mail-in ballots for federal elections to be returned to election officials with a trackable barcode.

A measure, pushed by Rep. Carolyn B. Maloney, D-N.Y., the outgoing chairwoman of the House Committee on Oversight and Reform, cleared the committee Nov. 17 with some Republican support.

Maloney offered the Vote by Mail Tracking Act saying it would help ease concerns about mail-in ballots by allowing voters to check on where their ballots are in the U.S. postal system.

“This legislation takes important steps to make our elections even more efficient and secure,” she said.

Her legislation would require state and local governments to apply the barcodes and pay for the costs of adding them to mail-in ballots in all federal elections.

Maloney’s initial plan was to require the federal government to reimburse localities for the costs of the barcodes, but she dropped that requirement at the urging of Republicans. They viewed the barcode as another unpaid federal mandate.

Rep. James Comer, R-Ky., who will become chairman of the House Oversight and Reform Committee in January when Republicans assume control of the House, said he likes the bill.

If the measure clears the House during the lame-duck session, its prospects in the Senate are uncertain.

Senate Democrats are keeping the heat on Postmaster General Louis DeJoy and Roman Martinez IV, chairman of the Postal Service’s board of governors, to boost the number of electric mail delivery trucks the USPS is buying.

In a Nov. 22 letter, 11 senators pleaded with the two postal leaders to raise the percentage of electric trucks from 40 percent to “at least 95 percent.”

They cited the $3 billion Congress has provided to the USPS for the vehicles and said the agency’s aging fleet “is ripe for electrification.”