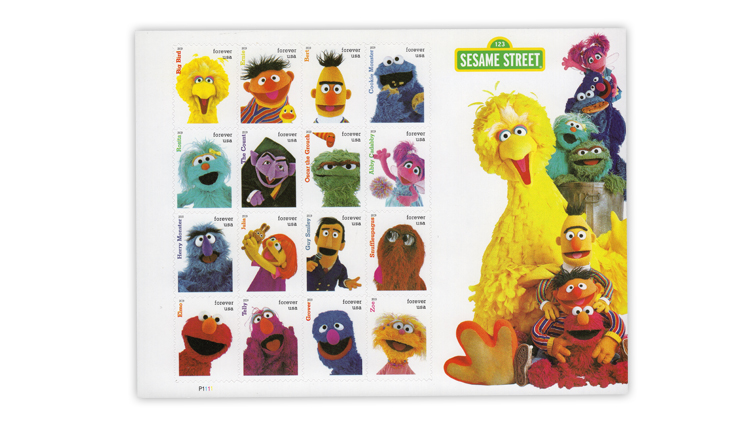 The United States Postal Inspection Service recently warned consumers about the proliferation of counterfeit U.S. stamps. Shown is a counterfeit pane of 16 of the U.S. 2019 Sesame Street stamps.

Citing a proliferation of counterfeit stamps being offered on the internet, the United States Postal Inspection Service issued a warning Dec. 17, 2021, to avoid what it calls “phony postage” schemes.

“Is a substantial discount of up to 50 percent off an order of U.S. Forever Stamps too good to pass up?” the law enforcement arm of the U.S. Postal Service asked in its news release.

“If so,” it continued, “keep scrolling, they’re probably counterfeit.”

“The number of counterfeit stamps being sold from online platforms has escalated,” the release said.

The tell-tale sign of fraud is the deep discount, according to the release.

Anywhere from 20 percent to 50 percent off is typically being offered for bulk sales of nondenominated (58¢) forever stamps, the Postal Inspection Service said.

The warning comes as an increasing number of news outlets are reporting sales of counterfeit stamps.

“Beware Surge in Counterfeit Postage Stamps,” the AARP cautioned its members in a Dec. 15, 2021, news story. The story was updated Dec. 17.

The article quoted Andrea Avery, an assistant inspector in charge at the Postal Inspection Service, as saying, “I’ve been seeing a lot of fake stamp sites on Facebook.”

Fox 8, a Cleveland television station, quoted a postal inspector as saying some of the counterfeits are being produced overseas.

“Purchasing stamps from a third-party wholesaler or online websites can be unpredictable,” the Postal Inspection Service release said, noting that buyers have no way of knowing in advance if they are getting real stamps or not.

The flag stamps are the most counterfeited, according to the release.