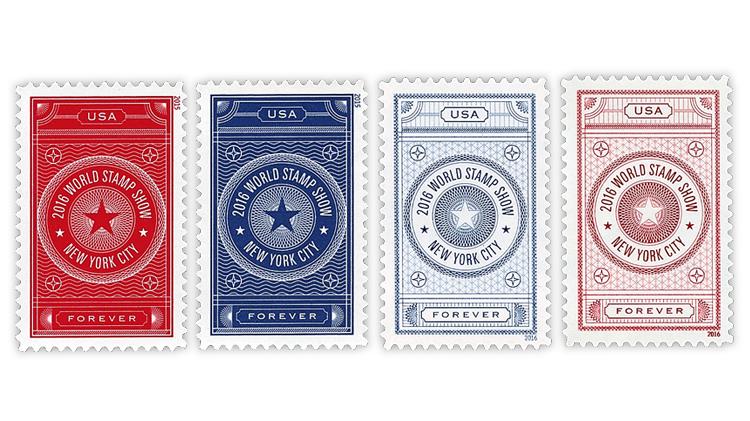 Figure 1. The designs were selected to publicize the World Stamp Show-NY 2016 international show. The first two stamps were issued Aug. 20, 2015, and the second two May 28, 2016, the opening day of the show. 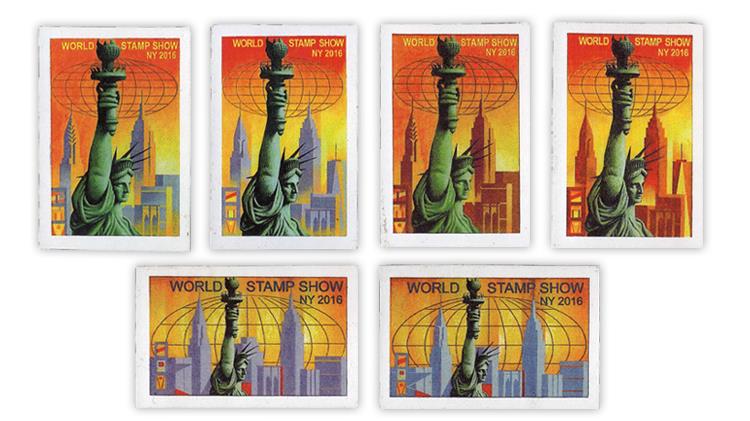 Figure 2. Howard Koslow, an experienced and creative stamp designer, produced these suggested designs for the World Stamp Show-NY 2016 publicity stamps. The United States Postal Service rejected them out of hand.
Previous
Next

If you’ll forgive my stating the obvious, stamp design is an art, one that can be second-guessed when applied to any given stamp.

For the most part, I prefer not to engage in that sport. But there are times — and this is one of them — that the decision on what design to accept for a stamp begs for comment. This is especially so when we can see the alternatives that were ignored.

The stamps under discussion are those issued to publicize the United States’ most recent once-every-10-years international stamp show, World Stamp Show-NY 2016 held May 28 to June 4, 2016, at the Javits Center in New York City.

While the stamps are graphically precise, they are at best minimally attractive and have no visual connection to New York, except for the small text in the central circles. They do not draw the eye into the design and were a poor advertisement for the show in my opinion, a sin compounded by using the same basic design for each stamp.

But were there alternatives? I don’t know what other designs were considered as part of the U.S. Postal Service’s design process, but thanks to a recent acquisition I do know of designs that it refused to consider.

The World Stamp Show-NY 2016 committee had approached Howard Koslow, an experienced stamp designer who had designed more than 60 U.S. stamps, asking him to produce artwork for the publicity stamps. Figure 2 shows the results of his efforts.

Those designs were submitted to the USPS in September 2012 accompanied by a letter from Wade Saadi, president of World Stamp Show-NY 2016, to the Citizens’ Stamp Advisory Committee. Saadi asked for publicity stamps for the show as the Postal Service had issued for prior international exhibitions in the United States.