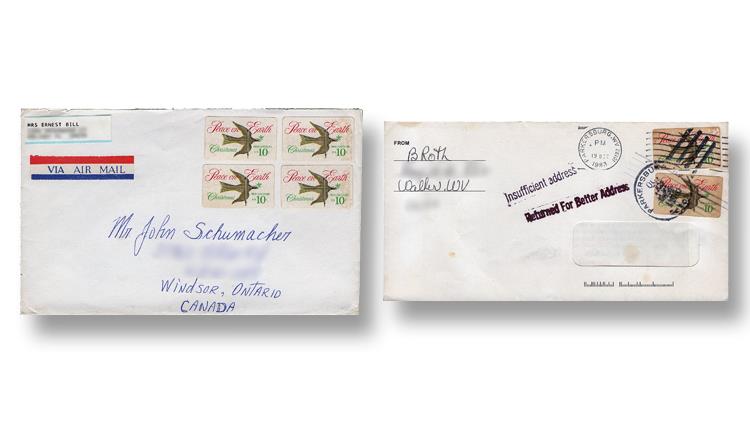 Figure 1. The normal fate of the 1974 10¢ Dove Weather Vane Christmas precancel was to turn brown because there was no binder between the adhesive and paper, as shown on the cover at right. The cover at left is franked with stamps in pristine condition. 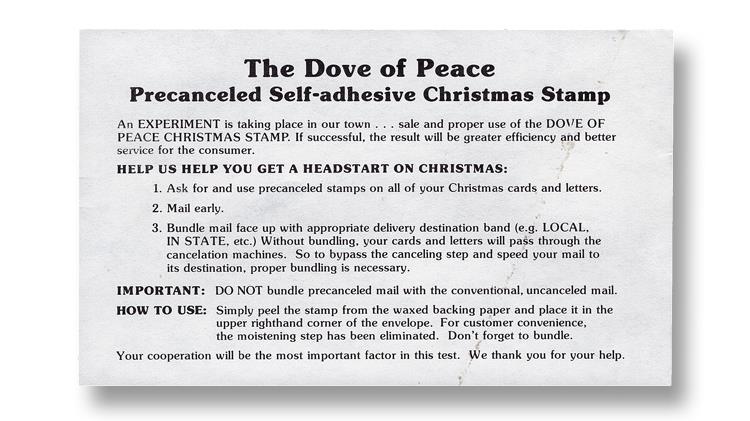 Figure 2. This notice was given to people who purchased the 1974 10¢ self-adhesive stamp in five regions designated as test sites. The request to bundle mail to avoid cancellation was largely ignored.
Previous
Next

Lucky is the collector of United States stamps who has examples of the 10¢ Christmas self-adhesive stamp of 1974 (Scott 1552) not discolored by its adhesive. Pristine and discolored examples on cover are shown in Figure 1.

The first effort to produce self-adhesive U.S. postage stamps was this experimental stamp with die-cuts vertically and horizontally through the image of the dove weather vane.

The stamp was printed on the Andreotti press at the Bureau of Engraving and Printing. The internal die cuts were intended to make this a precanceled stamp, as it was assumed the die cuts would keep the stamp from being easily removed and reused.

Customers who bought the stamp were given an advisory notice, pictured in Figure 2. The notice asked them to mail early and to “bundle mail face up with appropriate delivery destination band (e.g. LOCAL, IN STATE, etc.).”

Of course, this was too complicated for the average user, and most usages of the period were canceled along with normally stamped mail. This is only one of the reasons that the experiment was judged to be a failure.

Also, the cost of production was five times greater than that of the other Christmas stamps issued in 1974 (Scott 1550-1551). And the precanceled part of things didn’t work out so well either.

Jim Harford wrote in an article for the Athens Stamp Club’s Philatelic News of April 1993: “The stamp could be simply peeled off, or removed by use of lighter or watermark detector fluid, and reused. In the five postal districts where the stamp was tested, the Postal Service estimated that it lost almost $350,000 due to reuse of the Christmas self-adhesive.”

And then, there is the problem with the adhesive. The manufacturer of the paper failed to apply a ...