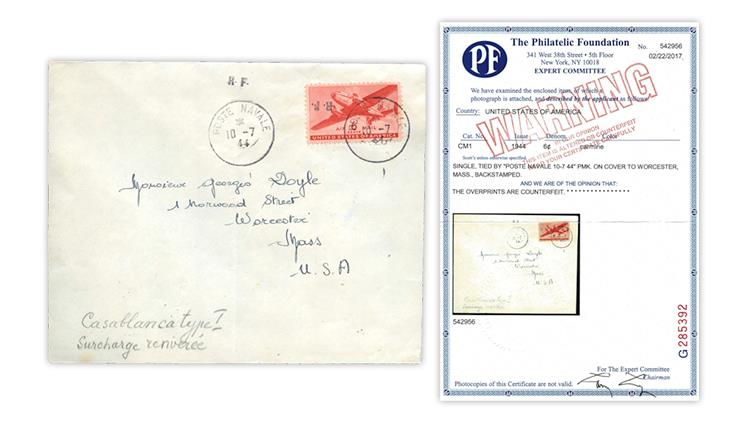 Figure 1. This Philatelic Foundation certificate says the R.F. overprint cover pictured is a fake. The R.F. (Republique Francaise) overprints were applied to United States 6¢ airmail stamps and postal stationery for use by French naval personnel on airmai 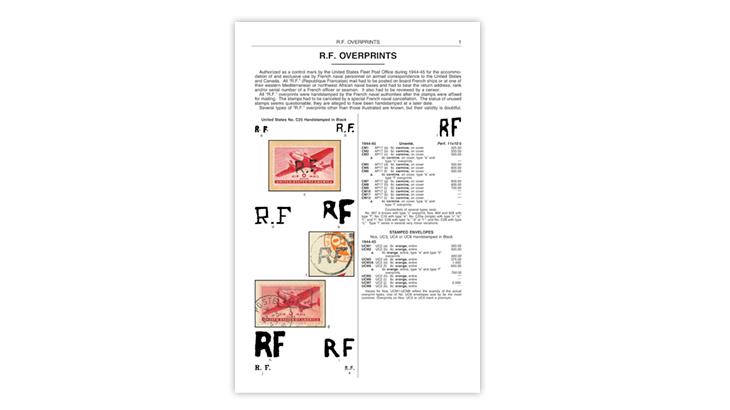 Figure 2. The Scott Specialized Catalog of United States Stamps and Covers lists the R.F. overprints in a single-page section after the listings for U.S. airmail stamps. (This image is from the digital catalog.) The listed R.F. overprints are the types th
Previous
Next

My pulse quickened when I came across the cover in a dealer’s box. The label read, “C-25 — an overprint on cover, with PF [Philatelic Foundation] cert. $40.” Of course, the certificate says that the R.F. overprint is a counterfeit; a genuine example on cover would have had a price tag many multiples of $40. And as soon as logic returned, my pulse returned to normal. Figure 1 shows the cover and the certificate.

The R.F. overprints are listed in the Scott Specialized Catalogue of United States Stamps and Covers. The page from the digital edition of that catalog is shown in Figure 2.

There are 12 varieties illustrated and listed (Scott CM1-CM12) of the overprint handstamped on the 1941 6¢ Twin-motored Transport Plane airmail (C25). These R.F. overprints have catalog values for on-cover examples ranging from $300 to $750, and there are a few that are not valued.

But if you want to get into the overprints on airmail stamped envelopes (Scott UCM1-UMC8), the prices rise into the thousands of dollars.

Thus it is no surprise that these overprints have been extensively faked, and offers to sell should never be consummated unless the cover is accompanied by a certificate of authenticity from a recognized expertizing organization.

Here is what the Scott U.S. Specialized catalog says about these unusual items:

“Authorized as a control mark by the United States Fleet Post Office during 1944-45 for the accommodation of and exclusive use by French naval personnel on airmail correspondence to the United States and Canada. All ‘R.F.’ (Republic Francaise) mail had to be posted on board French ships or at one of their western Mediterranean or northwest African naval bases and had to bear the return address, rank and/or serial number of a French officer or seaman. It also had to be reviewed by a censor.

“All ‘R.F.’ overprints were handstamped by the French naval authorities after the stamps were affixed for mailing. The stamps had to be canceled by a special French naval cancellation. The status of unused stamps seems questionable; they are alleged to have been handstamped at a later date.

“Several types of ‘R.F.’ overprints other than those illustrated are known, but their validity is doubtful.”

How did these overprints come to be, and why were they necessary? Here is a brief explanation.