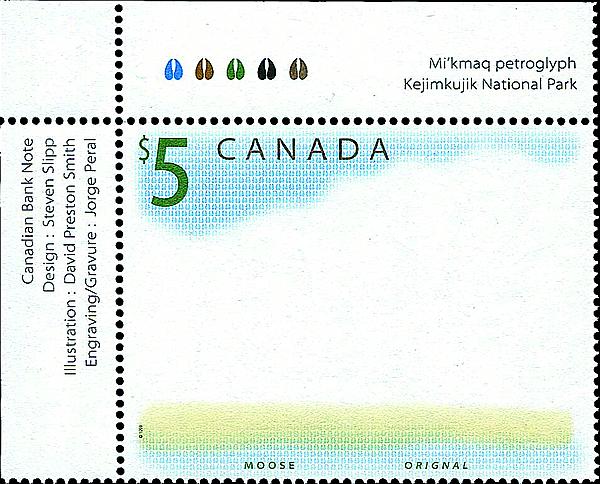 This 2003 $5 Moose error stamp from Canada has all of the engraved color omitted, including the moose and other details. It is offered in the Sunday session of the upcoming Regency-Superior sale at the Orco Expo show near Anaheim, Calif. 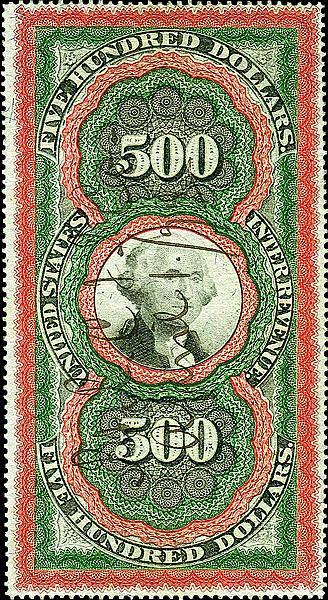 This 1871 $500 tricolor large documentary stamp from the U.S. second issue is being offered by Regency-Superior during its Orco Expo stamp show auction. 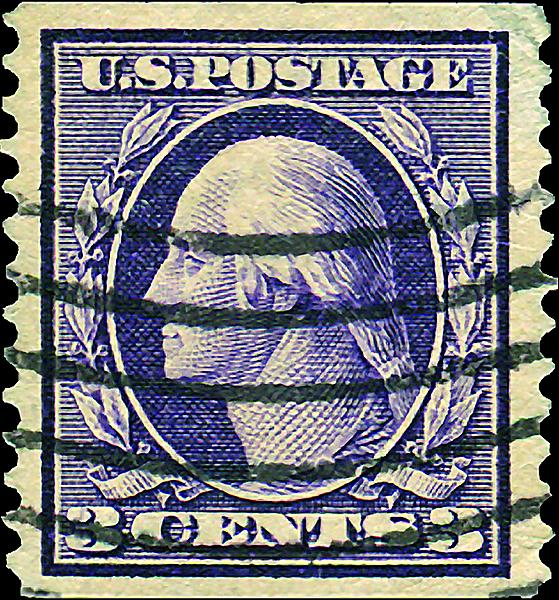 A beautifully centered used example of the United States Orangeburg coil, the scarce 1911 3¢ deep violet Washington type I, will be offered during the Jan. 10-11 Regency-Superior auction at the Orco Expo stamp show near Anaheim, Calif.

Regency-Superior Auctions is offering an Orangeburg coil, a large Persian Rug, a Missing Moose and more during its upcoming sale at the 2015 Orco Expo stamp show in Garden Grove, Calif.

The stamps and covers auction will take place Jan. 10-11 at the Embassy Suites-Anaheim South at 11767 Harbor Blvd.

It’s worth noting that on Jan. 7, Regency will hold an aviation and space memorabilia auction that also includes autographed covers and other postal history items.

That Jan. 7 auction is taking place at the Regency-Superior galleries in St. Louis, Mo., prior to the firm’s philatelic auction in California.

The material offered in each of the January auctions can be viewed at www.regencystamps.com.

The auction at the Orco Expo stamp show begins Saturday at 11 a.m. Pacific Time with multiple examples of the first two United States issues: the 5¢ Benjamin Franklin and the 10¢ George Washington stamps of 1847.

The auction continues with a broad selection of classic U.S. issues in both used and unused condition.

Well into the U.S. listings, the auction offers a used example of the scarce Orangeburg coil, the 1911 3¢ deep violet George Washington type I (Scott 389), a stamp that was used in limited numbers on mail sent out by a pharmaceutical company in Orangeburg, N.Y.

This stamp has particularly nice centering for this issue and a deep color. The 1976 Philatelic Foundation certificate describes “slight creasing” on this stamp, a fault noted as “very minor” by Regency and, in fact, a relatively common occurrence on used examples of this stamp, considering they were used to mail out physician’s samples.

The $10,500 value for the used single Orangeburg coil in the 2015 Scott Specialized Catalogue of United States Stamps and Covers is for the grade of fine (as opposed to the “extremely fine appearance” of this stamp, as noted by Regency).

This high-value tricolor stamp has perhaps the most dramatic appearance of any U.S. revenue stamp, and this particular example is favored with a light manuscript cancel and nearly full original gum.

Regency offers an interesting perspective regarding the manuscript cancel, noting that although revenue stamp researcher Thomas C. Kingsley and others have identified this cancel as reading “R & I. C & I Co., April 1/72,” the auction firm believes it to read “P & R. C & I Co./April 1/72,” corresponding to the Philadelphia & Reading Coal & Iron Co., “charted in 1871 and the country’s largest producer of anthracite coal from 1871 through the 1920s.”

The Scott U.S. Specialized catalog value is $17,500, but this example, described as sound and extremely fine, ex-Weill, and accompanied by a 2014 PSE certificate and a 1989 Philatelic Foundation certificate, is listed with an estimate of $27,500, and an opening bid of $21,000.

Most collectors never get an opportunity to see this stamp up close, and the enlargement on Regency-Superior’s website provides an outstanding view of the detail on this gorgeous U.S. issue (listed as Lot 1853).

The auction’s Sunday session offers British and foreign stamps plus U.S. and worldwide covers and collections.

An eye-catching modern Canadian error on offer is the 2003 $5 Missing Moose definitive. The multicolor Moose stamp, security printed in a combination of lithography and intaglio (recess engraving), is part of an attractive series of high value Wildlife definitives first issued in 1997. According to Regency, eight to 12 panes of four stamps are known with the engraved design elements, including the entire moose, missing from the stamp.

The example on offer is mint never-hinged, an upper left corner single with all margin paper attached (the small moose illustration in the corner margin is also omitted).