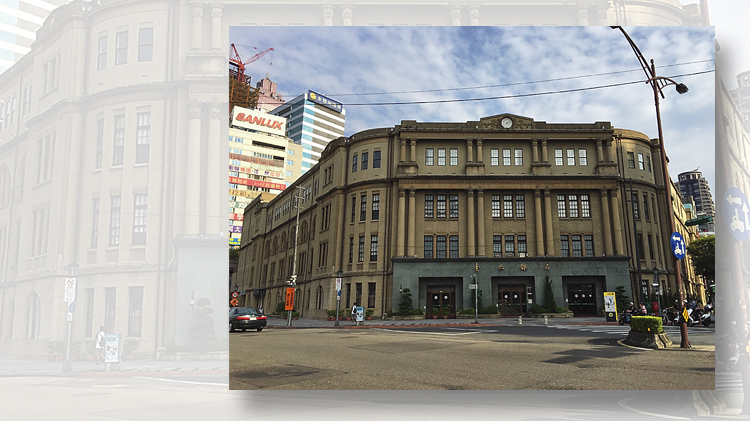 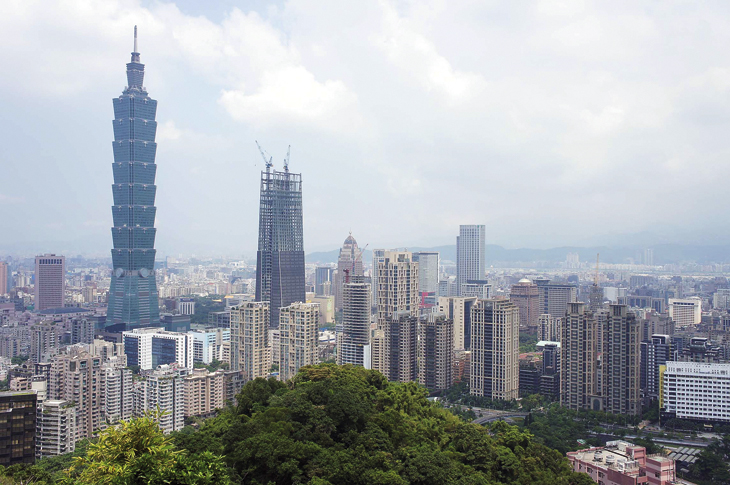 The author recently visited Taipei, Taiwan, where he was born and where he also started collecting stamps as a child. 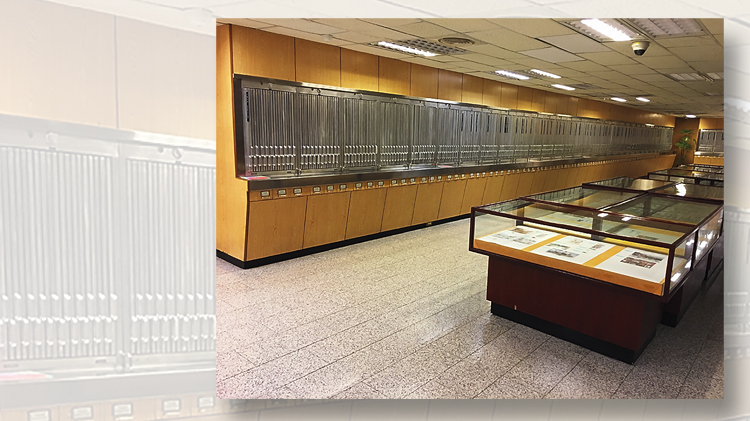 The postal museum in Taipei includes the largest display of sliding panels the author has seen among postal museums he has visited around the world. 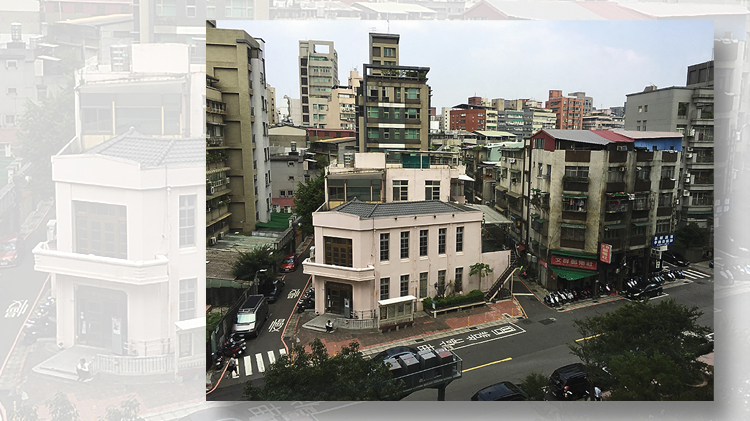 Taiwan’s largest stamp dealers and stamp stores are on Gu-Ling street, located behind the postal museum. 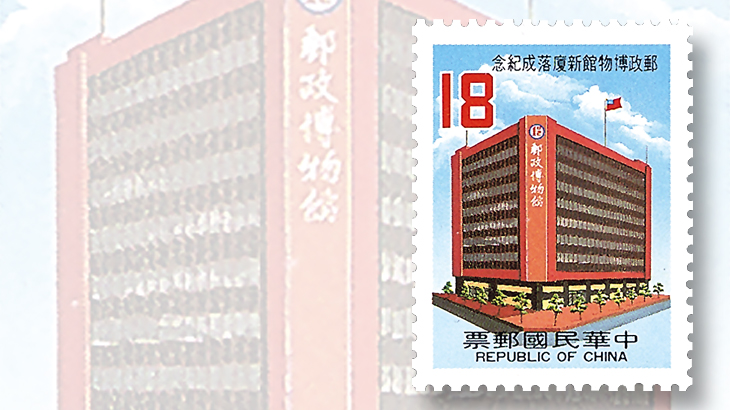 Taipei’s postal museum, located on Nan-Hai Road, is pictured on a Taiwanese stamp issued in 1984 to commemorate the museum’s opening. 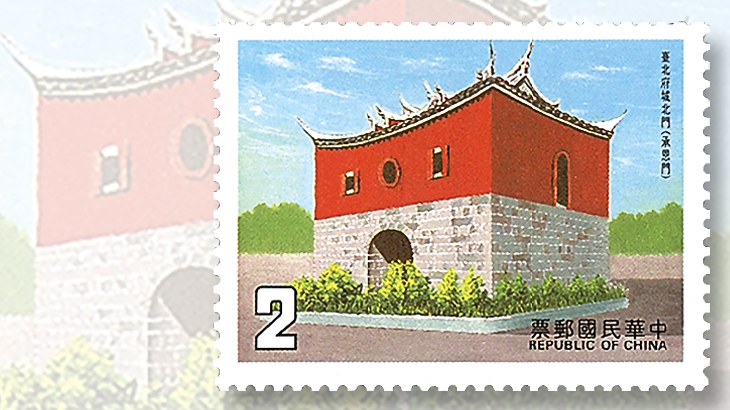 Beimen (North Gate), part of the Taipei city wall completed in 1884, is featured on this 1985 stamp from Taiwan.
Previous
Next

After writing a series of articles for Linn’s about travel related to stamp collecting, I recently returned to my birthplace in Taiwan and revisited some of my favorite philatelic destinations in the capital city of Taipei. I discovered some new places as well.

It was in Taiwan where I was first exposed to stamp collecting as a child, and I have continued to collect its stamps.

On Oct. 21-26, Taipei will host its first international stamp show and world championship exhibition, Philataipei 2016. Like World Stamp Show-NY 2016, admission to this international show is free.

Chunghwa Post Co., Taiwan’s postal administration, has been promoting this big event. The postal authority will issue a number of attractive stamp issues on each day of the show.

For more information about the international show and the new postal products, visit the website

The Taiwanese government is welcoming international visitors to the show and encouraging them to combine their visit with tourism.

Taiwan is highly recommended by world-renowned travelers, especially for its culinary aspects. Without further diverting the subject, I will focus mainly on the philatelic destinations in Taiwan in this article.

The main post office in Taipei is in an area called Beimen, located next to the historic landmark bearing the same name.

During the Japanese empirical rule, the Japanese government strategically located the city’s main post office close to the Taipei railway station, and it is still easily accessible by the Taipei Metro, arriving at Beimen station.

The word “Beimen” translates to “North Gate,” and the landmark was part of the Taipei city wall completed in 1884. It is pictured on a Taiwanese stamp issued in 1985 (Scott 2477).

The post office is housed in a building dating back to 1898, and it has been through more than a century of changes during different government administration periods.

The dedicated philatelic sales counter at this post office is the largest in Taiwan  and a must-stop for philatelic enthusiasts. It has the latest new issues, first-day covers, and souvenir books for sale.

A small branch of Taiwan’s postal museum is located on the second level. Opened in January 2015, it targets young collectors by promoting stamp collecting through interactive exhibits. It is worth a visit for adult collectors as well.

Another must-see is the postal museum located in a modern office building on NanHai Road. The museum’s opening in 1984 was celebrated on a set of three stamps, including one showing an exterior view (Scott 2436).

The entrance lobby includes a reception area and a small philatelic sales counter with many recent new issues and philatelic souvenirs for sale.

The admissions ticket is in the form of a mailable postcard, and only costs NT$10 (equivalent to U.S. 30¢). The receptionist suggested that visitors could mail this postcard at the post office adjacent to the museum lobby.

The museum’s exhibition space spans from the second through fifth floors. The philatelic zone, with both permanent and special exhibitions, is on the fifth floor.

The permanent exhibition room housing countless frames of sliding panels is one of my favorite such rooms among the postal museums I have visited across the globe.

The vast collection includes most of the stamps since the first issue by the imperial China Post, known as the Large Dragon stamps, continuing through China’s issues up to 1949 and the stamps of Taiwan.

Due to political conflicts, the postal museum does not display stamps issued by the People’s Republic of China.

The exhibition room also includes stamps issued between 1949 through 1992 from most of the countries in the world.

Taiwan’s postal administration had been a member of the Universal Postal Union until the People’s Republic of China took over its seat. Prior to that event, Taiwan had exchanged its stamps with most of the postal administrations in the UPU, thereby forming the foundation of the vast collection.

The library located on the sixth floor is used regularly by philatelists. I was pleased to find a complete set of the latest Scott Standard Postage Stamp Catalogue in the center of the library, frequently used as reference books.

While there are not many foreign-language periodicals in the library, it is a great resource to look for archived philatelic publications in the Chinese language.

Although the postal museum has been through many updates in the past three decades, to some it may look outdated and so it does not attract as many visitors as it should.

Hopefully, through innovative planning and facility updates, the postal museum will once again attract many visitors.

During my visit to the museum, I was fortunate to meet with curator Hui-Ying Liu and vice-manager Chien-Ching Liu. We spoke about Philataipei 2016, including challenges Taiwan is facing at the world stamp show.

I was informed that more than 80 postal administrations will attend the show. It was a pity that Vietnam will not attend because of a set of stamps issued in 2015 over the issue of territory dispute.

Dozens of stamp dealers and stores are located on Gu-Ling Street, immediately behind the museum. This is the largest concentration of stamp shops in Taiwan.

You can find virtually any stamps issued in Taiwan since 1945 in many of the shops. The recent stamp issues of the People’s Republic of China, Hong Kong and Macau also are popular among collectors in Taiwan and can be found at market prices.

There also are philatelic shops specializing in FDCs, maximum cards, and postal stationery.

I often pick up some stamp supplies and Taiwanese-made stamp albums on Gu-Ling Street.

For philatelic enthusiasts who travel outside of Taipei, there are dedicated philatelic sales counters and product displays in most cities’ major post offices.

For example, at the main post offices in Taichung, Tainan, and Kaohsiung, I found dedicated philatelic sales areas with recent issues in stock.

Some post offices also include an exhibition space that promotes the hobby. I visited the main post office in Tainan, located near the train station in the city’s center. The philatelic sales counter on the second floor of the main hall had a separate stair on the exterior. I found impressive displays promoting stamp collecting and even sliding panels at this regional post office. It also offers special cancellations for enthusiasts.