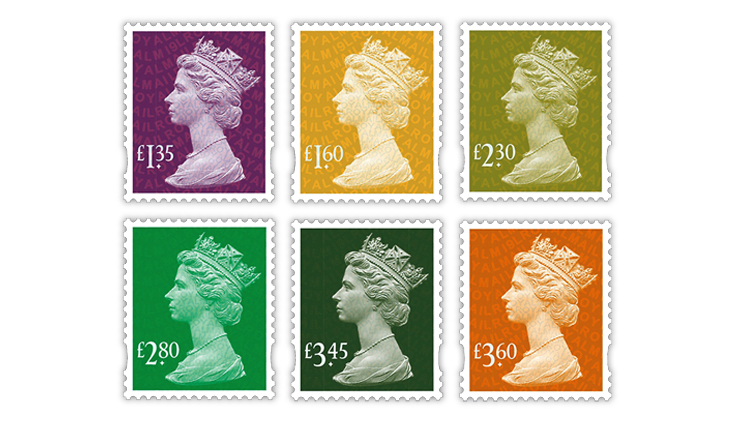 Six of the stamps depict the bas-relief portrait of Queen Elizabeth II by Arnold Machin that has been used on Britain’s definitive stamps since 1967. These definitives are known as Machins.

Like the Machins, the country stamps show designs that have been used for several years.

For the £1.35 stamps, the designs are an oak tree (England), linen (Northern Ireland), thistle (Scotland) and daffodil (Wales).

International Security Printers printed the self-adhesive Machin stamps by gravure, and the country stamps with traditional gum by lithography.

Each stamp is perforated 15 by 14 and measures 20 millimeters by 24mm.

Royal Mail is offering various first-day covers and two presentation packs (one for the Machins and one for the country stamps) in conjunction with the stamps.