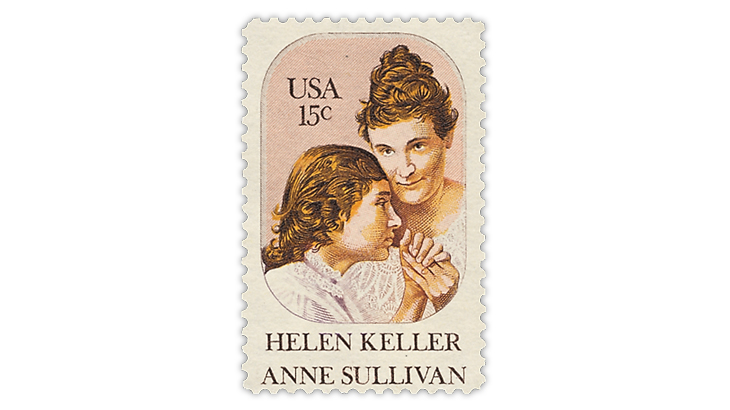 Figure 1. The United States 1980 15¢ Helen Keller stamp shows an early photograph of Keller with her teacher and mentor Anne Sullivan. 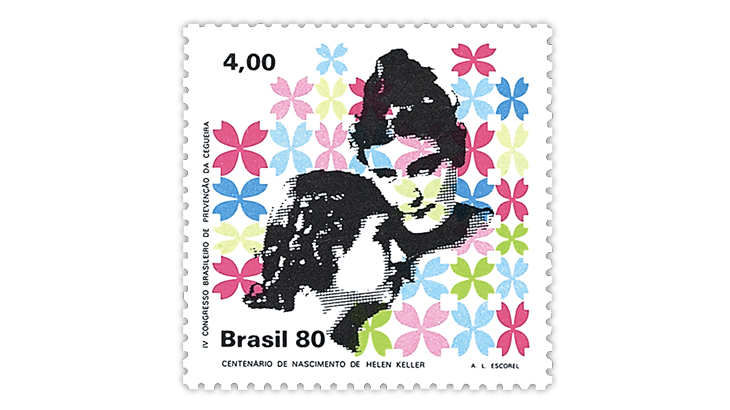 Figure 2. The design of Brazil’s 1980 Helen Keller stamp is based on the same photograph as the U.S. stamp. 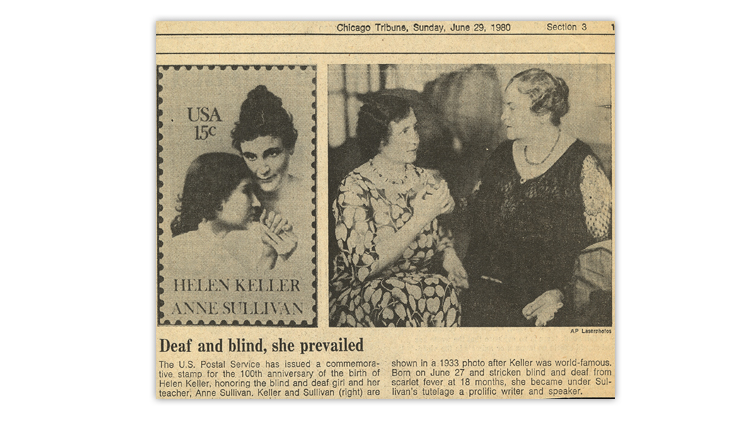 Figure 3. A June 29, 1980, Chicago Tribune article announcing the 15¢ Helen Keller stamp shows the commemorative and also depicts a photograph taken in 1933 of Keller and Sullivan. 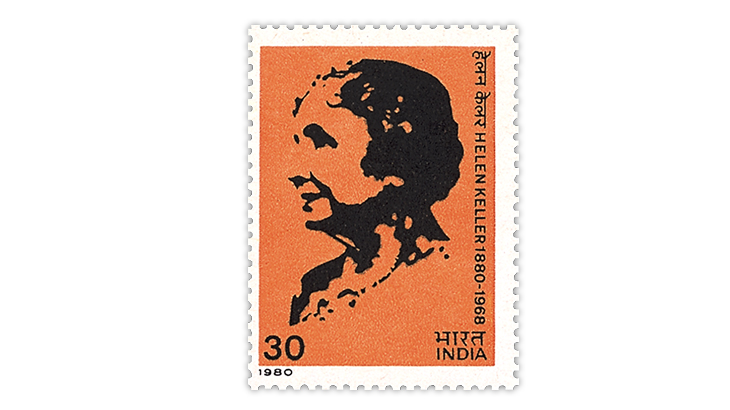 Figure 4. India issued this stamp in 1980 to mark the 100th anniversary of Helen Keller’s birth. This design shows a portrait of Keller as an adult.
Previous
Next

Designing stamps is a challenge. Achieving a meaningful and attractive finished product on a figurative canvas roughly an inch square, give or take, is an art in itself, allowing for plenty of creativity.

Some stamp designs are based on a photograph or live model. Others are the result of an artist’s vision. Regardless of the inspiration, as with nearly all art, the finished product is guaranteed to displease some viewers and critics.

This column focuses on examples of contrasting stamp designs, one from the United States and one from Brazil, that are based on the same artwork, a photograph of Helen Keller (1880-1968) and her teacher Anne Sullivan (1866-1936).

Chances are whether you like them both, or don’t cotton to either, you will like one better than the other. As a means of appreciating the difficult task of designing, I challenge you to think a bit about what it is that you like and don’t like about each.

The vertically formatted U.S. design is muted, reproduced in pastel colors with the two names (Helen Keller and Anne Sullivan) in large type.

The Brazilian stamp, which is horizontally formatted, features an arresting colorful background with the heads of Keller and Sullivan in black outline. Keller is identified in tiny type at bottom center; Sullivan is not identified at all. The two stamps could hardly be more different.

The U.S. stamp was designed by Paul Calle. According to an inscription in the lower right of the Brazilian stamp, it was designed by A.L. Escorel. The photograph they used dates from 1895.

A much later photo of the two women was included with a short article in the June 29, 1980, issue of the Chicago Tribune, shown in Figure 3. Headlined “Deaf and blind, she prevailed,” the article reports on the U.S. stamp that had just been issued two days earlier.

A few other countries have also issued stamps honoring Keller. For example, Figure 4 shows India’s 30-paisa stamp (Scott 867). Like the U.S. stamp, it was issued on her birth centennial, June 27, 1980.

I plan to include a selection of your thoughts and preferences in a future U.S. Stamp Notes column.

Changeover from intaglio to photogravure at the BEP

The forgotten man behind the 1969 Beautification issue