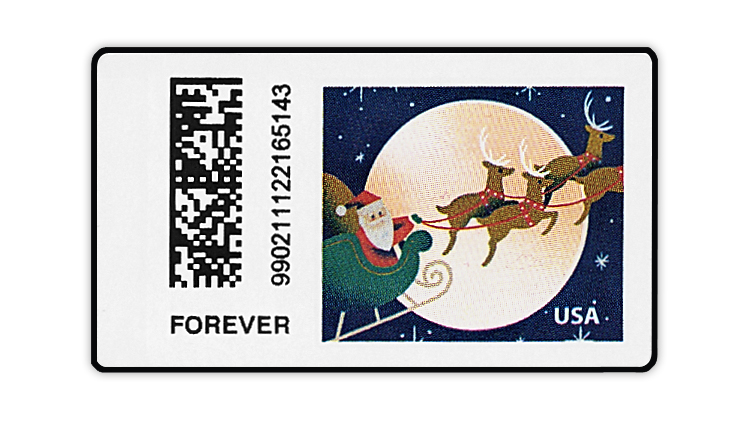 Included in this month’s listing is the Scott number for the nondenominated (58¢) Santa Claus, Sleigh and Reindeer in Flight computer-vended postage stamp.

All of the numbers will appear in the Scott New Listings Update section of the Jan. 17 Linn’s Stamp News. For further information, contact Martin J. Frankevicz.